Discipline | By Our Readers | Issue 108 | The Sun Magazine
close

Discipline. Now there’s a loaded word if there ever was one. The synonyms given in my dictionary read: “train, form, educate, instruct, drill, regulate, correct, chastise, punish.” There certainly is a spectrum here: from the ultra-violet side of training, forming, educating, cool colors, easily accepted, moving (a little uneasily) into drilling, regulating, correcting — the middle zone — and then finally into the hot, infrared danger zone of chastisement and punishment. Without warning, this one word which we have heard all our lives presents us with enormous conflict. Most of us would agree that we would like to be educated; how many would agree — or admit — to the desire to be punished or chastised? That which would aid us in our daily tasks — the helping hand — turns out to have a whip in it. It is a veritable Rorschach of a word, delineating our character, whether we like it or not, by our emotional reactions to it.

It is most difficult perhaps for those of an artistic or creative temperament. There is no art without discipline; this is inescapable. After the first rush of vision — the image, the idea, the inspiration — come the long hours of actualization, putting the paint to canvas, mixing, trying, sorting, a writer sitting before the paper for long hours forming the words in the right way, the ceramicist shaping and reshaping at the wheel. It means saying “no” to distractions, to other pleasures which may call. It means rising from sleep with purpose and determination. It means walking into the studio, sitting at the typewriter, staring at the drawing board at times when the initial, joyous surge has abated, and remaining there until something happens.

This is supposedly a mark of our maturity: to discipline ourselves instead of being a child on which discipline is imposed. And yet, the creative temperament is most often one in which the child remains alive and kicking for a lifetime, the child whose eyes see with wonder and innocence and excitement, who, finding itself in a grown up body, is now free to shun all restraint and — oh boy! — run wild. What a dilemma.

Then there are those who love discipline. Volunteer armies are filled with them, as well as ascetic religious orders, accounting schools and law offices. Less extreme and more numerous are those who prefer occupations that require punching in and out at a certain time, a specific number of yearly days for free-form recreation and perhaps the guarantee of a pension or other benefit at the end. These folks are comfortable with form and structure and perhaps find their freedom through knowing limits. At a certain hour the job is DONE and they can turn guiltlessly to home, family, or any sort of personal pleasure they desire.

And at the infrared end of the discipline spectrum are those who derive an erotic joy in the sensual expiation of guilt. For them the word “discipline” takes on a certain reverberation not found in the dictionary. This is perhaps not as far from the nuns and time-punchers as it may seem, because something in our contemporary world seems to have infected us with the need to justify ourselves for simply being. Within our bonds, whatever they may be, we feel safely alive because we are defined. Our daily disciplines ground us; they provide the balance of an earthly nature to the pulsing quest of the spirit which seems to urge us all relentlessly toward something exquisitely and terrifyingly formless.

Oh boy. What a dilemma.

For years etymology has served as almost a form of divination for me. Delving into the roots of words lends new, often startling, meaning to concepts I am struggling to understand.

While working recently with the concept of dignity, I looked up its root origins and uncovered an entirely different perspective on what dignity is all about, as well as other concepts, including discipline. The root word I uncovered is dek, which means “to take, to accept.” From dek develops: dignus — worthy, deserving (dignity, dignify, indignant); discere — to learn (disciple, discipline); decere — to be fitting (decent); docere — to teach, to cause to accept (doctrine, docile); dokein — to appear, to cause to be accepted (dogmatic, orthodox, paradox); and decus — grace, ornament (decorate).

Discovering that acceptance was the root meaning behind these concepts, particularly the concepts of disciple/discipline and dignity/dignify, created a paradigm shift for me. My personal definition of maintaining dignity and discipline was having the ability to rise above a situation, rather than to accept it. Dignifying a situation (in this instance, I was struggling with the desire to have dignity, and to dignify, a difficult relationship problem) meant to me adding something “higher” to the situation than it inherently contained. Likewise, discipline meant to me turning away from the temptation of what is, and creating “higher” alternatives. What a blow to my conceptual models to discover that dignity and discipline mean, at their core, accepting rather than denying what is! Hence, dignifying a relationship problem can mean first and foremost accepting the reality of the situation as it stands (the dictionary definition of dignity is “inherent nobility and worth”). And discipline requires clear acceptance of the elements of the situation (including ourselves) as they are, not as we have decided they should be. Lying at the innermost hidden center of discipline and dignity is the root concept, the seed, of acceptance. Without a primary acceptance of oneself, of others, of the actual reality of the moment, how can one truly have dignity or discipline?

I have a new friend, Raisindance, who has embarked on a voyage of new beginnings. He is creative with ink and paper in many ways. He is interested in the well being of the Earth and its creatures. He rides a motorcycle, likes ice cream, and has just moved to the country. He says, “I will stop being so wretchedly self-indulgent and begin the long-planned, painful and impossible task of discipline. It will be the end of beginnings and the beginning of the next part. I’m enthusiastic!” I told him, “Obedience is the key to discipline.”

A year ago, I was concerned with my life and what I was going to do with it. Cigarettes, sugar and caffeine are pretty packages filled with poison that I choose to indulge in. Every month or so I would get upset with my choice and struggle with abstention. But how? I thought about discipline for weeks. I spoke with my friends who have that learned response to avoid things that are potentially harmful to our physical and emotional selves and determined that they were lucky enough to have parents and teachers who taught them self-discipline at an early age.

I felt sorry for myself and sought wisdom in the Old Testament. Exodus contains the famous ten rules handed to Moses during a turbulent time and I searched for justifications to confirm that they couldn’t possibly apply here in 1984. Still, I was nagged by those ancient rules. All through the Old and New Testaments I ran into commands. As a respecter of Christ, I felt the need to understand why I was required to be obedient. What was the point of free will if I was to swear obedience?

Obedience is to discipline what my matches are to my cigarettes. You can’t have the latter without the former. You can think about having it, dream about having it, long for it, but you don’t ever really get its effects. Jesus was (is) a smart guy, huh?

The road work seems a bit longer, the swim a bit further, and the skipping rope a bit louder. I’ve substituted the time we felt for each other with time alone. It has taken all my will to be that way. The temptations of other bodies had led me astray when my resolve was not as strong. Maybe I can’t be alone. Maybe that’s a discipline I won’t experience this time. You’d think with my rigid, scheduled mind I’d be strong enough. Most times I am; one time I am not. I’ve begun to forgive myself for being human, yet am I a human being? I am not a machine although I’d like to be. Rote movements and discipline. 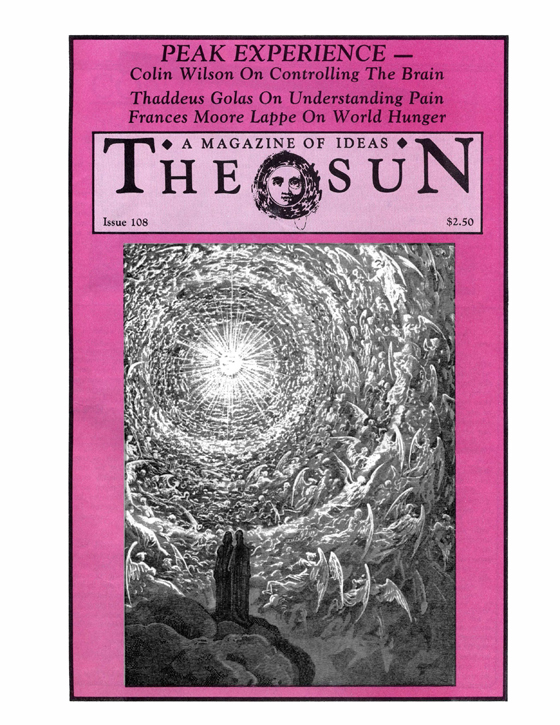