Life is short and it hurts. Love is the only drug that works.

It was conceivable that my marriage was about to break up. Maria had said it was just too stupid, but stupidity happens unfortunately to be real, and no less capable of governing the mind than fear, lust, or anything else. The burden isn’t either/or, consciously choosing from possibilities equally difficult and regrettable — it’s and/and/and/and/and as well. Life is and: the accidental and the immutable, the elusive and the graspable, the bizarre and the predictable, the actual and the potential, all the multiplying realities, entangled, overlapping, colliding, conjoined — plus the multiplying illusions! This times this times this times this. . . . Is an intelligent human being likely to be much more than a large-scale manufacturer of misunderstanding? I didn’t think so when I left the house.

God created man, and finding him not sufficiently alone, gave him a female companion so that he might feel his solitude more acutely.

I like trees because they seem more resigned to the way they have to live than other things do.

There is a wicked inclination in most people to suppose an old man decayed in his intellect. If a young or middle-aged man, when leaving a company, does not recollect where he laid his hat, it is nothing; but if the same inattention is discovered in an old man, people will shrug their shoulders and say, “His memory is going.”

Men are always sincere. They change sincerities, that’s all.

Childhood is not only the childhood we really had but also the impressions we formed of it in our adolescence and maturity. That is why childhood seems so long. Probably every period of life is multiplied by our reflections upon it in the next. The shortest is old age because we shall never be able to think back on it.

To me, old age is always fifteen years older than I am.

Our mind is capable of passing beyond the dividing line we have drawn for it. Beyond the pairs of opposites of which the world consists, other, new insights begin.

One of the two things that people who have lasted for a hundred years always say: either that they have drunk whiskey and smoked all their lives, or that neither tobacco nor spirits ever made the faintest appeal to them.

In the difficult are the friendly forces, the hands that work on us.

For you and I are past our dancing days.

Make sure to send a lazy man for the Angel of Death.

The grand show is eternal. It is always sunrise somewhere; the dew is never all dried at once; a shower is forever falling; vapor is ever rising. Eternal sunrise, eternal dawn and gloaming, on sea and continents and islands, each in its turn, as the round earth rolls. 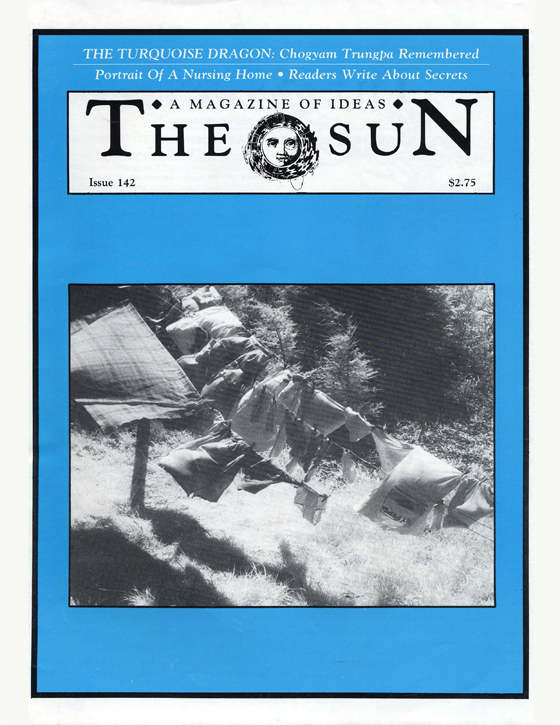 Portrait Of A Nursing Home

Excerpted From Cutting Through Spiritual Materialism