The Reverend Clearwater Immler knew the Devil existed. He saw his works everywhere. He rode hard and long through his widely scattered parish, in cold sucking mud in winter and coughing dust in summer, to vanquish the sly cruelty of the Devil with the Light and the Word. That was the first problem: he was gone a lot.

He was home on Sundays of course, but that was a pretty unlikely day to meet the Devil. The church was across the street from his house. His house was made of wood, painted blue with white trim and white shutters. (The Reverend lived in a part of the world and at a time when shutters were not mere decoration.) Downstairs were the parlor, the kitchen, the dining room. Upstairs under the gables, two bedrooms, one turned into a study. The outhouse had a yellow rose climbing over it.

Mrs. Reis, the woman who swept out the church and trimmed the lamps, cooked his meals for him when he was there, but she lived down the street. Many weeks, the house was empty from one Sunday to the next. In the small, shabby rooms the air stood still. Outside, in summer, cicadas whirred, birds landed on the roof, plants pushed themselves slowly against the clapboards. But inside, a ticking silence only.

He could have married. He should have. He was thirty-eight, a lean, curly-haired man with a sharp-boned face and intense brown eyes that tended to look upward and beyond one. When he took women’s hands and gazed down into their faces as he told them serious things, their hearts quickened. Did he know it? His strong fingers were warm against their throbbing wrists. His eyes were faintly ringed with lines which suggested suffering.

There was Annathena, the schoolmistress, a cool self-possessed blonde, but how composed can an unmarried woman pushing thirty be, in a place of so few prospects? Her smile was always calm, but her eyes followed his chestnut horse down the road. She would have lived in his house, filled the rooms with the smell of baking, put lavender between the linens, sat in the kitchen over tea with the neighbor women. She would have rocked on the new-swept porch, swelling gently with the seed of the Reverend Clearwater Immler. But he didn’t marry her, or anyone.

Eventually, the Devil began to visit the Reverend’s house when no one was home. At first he only moved things around a little. A dining room chair would be lying on its back on the braided rug in the parlor, looking helpless and violated. Or all the forks would be missing until discovered planted tail down in the salt bin, a forest of tines.

Reverend Immler reasoned that his work must be effective, otherwise the Devil wouldn’t bother to harass him like this. He redoubled his efforts. He visited the most isolated ranches and homesteads, sought out the most hardened cases, people who had seemingly abandoned the Lord, and with a new fervor and fierceness, persuaded them into the fold.

The Devil began breaking small things. A milk-glass vase, bequeathed to Reverend Immler by his mother, lay smashed on the hearth. The bedroom curtains were ripped into long dangling strips. Reverend Immler’s congregation noticed he was growing thin, and that he smiled less. Some people thought he was wrestling with the Evil One, though the majority opinion was that he had a worm.

One Saturday night, Reverend Immler rode his tired horse home after dark. He unsaddled and rubbed down the gelding, fed him, and only then did he turn toward his own comfort. It was too late to ask Mrs. Reis for supper, but she usually left bread and ham and cheese in the pantry. As he approached the house, he had a deep presentiment of evil, far stronger than the twinges he had felt before discovering the Devil’s previous depredations. He instantly knelt in the wet grass and prayed until he felt some conviction rise in him, then went on up the steps to the front door. The house was barred from within.

There was no moon, though there would be later. Standing in the shaggy grass, the Reverend Clearwater Immler looked up and saw milky clouds of stars in an unimaginably vast, clear black matrix. He felt himself infinitesimal, pinned to a gigantic globe he could actually feel revolving majestically through nothingness, carrying him and millions of other human beings on its surface as indifferently as a peach carries its fuzz.

Wresting his gaze from the heavens, he saw that his house, barricaded from within, showed no light at all, and all the shutters had been pulled to and latched. The inside of his house was filled with the Devil, like invisible smoke. And the Reverend knew he was silently laughing.

The righteous wrath of God rose up in him like wine, a shuddering red. He was infused with miraculous strength and agility. He bounded around the house, beating on the shuttered windows and bolted doors, shouting, “I know you! I smell you! The Devil can’t hide from the Truth!”

The lack of response was enraging. He bloodied his fists against the shutters without noticing, weeping in fury, screaming ever more incoherently in the darkness. At last, exhausted by unbearable frustration, he fell to his knees, still pounding on the wall, crying hoarsely, “Get out of my house! Get out of my house!”

Evil crouched above him in the eaves, watching, soundless. Infinitely patient evil, colorless, invisible in all lights. If evil has a mouth to smile, it was smiling. Its long waiting had at last been rewarded. Selecting the precise moment, it leaped, floated lightly down, and fastened itself to the chest of the Reverend Clearwater Immler.

Reverend Immler felt no weight, only the talons. He didn’t see them, but thought they were golden, as were the eyes. He was borne down, through the red haze of his own anger, into fear, into terror, and he did not say, “Lord God, deliver this miserable sinner from evil, for Thine is the Kingdom and the Power and the Glory.” He said, “No. Please. No.” 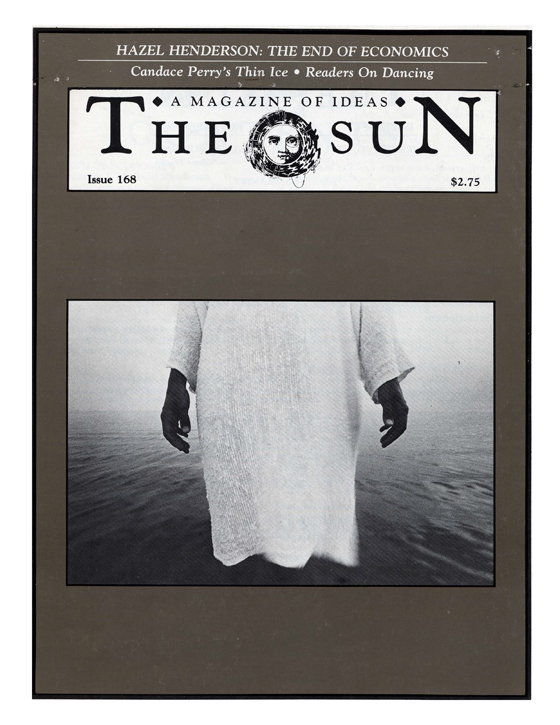