In blocking off what hurts us, we think we are walling ourselves off from pain. But in the long run, the wall, which prevents growth, hurts us more than the pain, which, if we will only bear it, soon passes over us. Washes over us and is gone. Long will we remember pain, but the pain itself, as it was at the point of intensity that made us feel as if we must die of it, eventually vanishes. Our memory of it becomes its only trace. Walls remain. They grow moss. They are difficult barriers to cross, to get to others, to get to closed-down parts of ourselves.

Alice Walker
The Temple of My Familiar

We need to see ourselves as basic miracles and worthy of love.

It’s hard for me to get used to these changing times. I can remember when the air was clean and sex was dirty.

The sun and the moon and the stars would have disappeared long ago . . . had they happened to be within the reach of predatory human hands.

When one despairs of any form of life, the first solution which always occurs, as though by a mechanically dialectic impulse of the human mind, the most obvious, the simplest, is to turn all values inside out. If wealth does not give happiness, poverty will; if learning does not solve everything, then true wisdom will lie in ignorance.

Of course, if one can escape grief and pain and ensure joy and peace by denying God, the attempt can be made. But even atheists have misery, grief, and pain. Atheism is not more profitable than theism. The atheist simply transfers the burden from the head to the shoulders, denying that there is a head. The burden has to be borne, but only with greater hardship.

The polar bear and the tiger cannot fight.

The world has signed a pact with the devil; it had to. . . . The terms are clear: if you want to live, you have to die; you cannot have mountains and creeks without space, and space is a beauty married to a blind man. The blind man is Freedom, or Time, and he does not go anywhere without his great dog Death. The world came into being with the signing of the contract.

Everything we meet is equally important and unimportant.

Moholy was a friend of mine. As a matter of fact, I met him in 1938 in Chicago, and he is the guy who got me on the trail of reading. He said to me, “Do you read?” Just out of the blue. And I said, “No.” And he said, “Pity.” That’s all he said. Unlike me. I sound like a guy trying to get everybody to join every library in the country. But he just said, “Pity,” and that was enough.

Where do I find all the time for not reading so many books?

There is nothing useless in nature; not even uselessness itself.

One standing on a mountain may point to the next mountain as his destination, but as he begins his descent he must watch his feet. And the course down the mountain is sure to be winding, including some stretches where the climber must turn his back on his goal.

Andrew Schmookler
Out of Weakness

In 1954, Professor Frank retired from Harvard, and I helped him clean out his office. It was unbelievable chaos. He had, as I remember, a rolltop desk, and from it he extracted letters, some of which he had never opened, and which dated from the 1930s. He opened a few and observed, “You see, they were not so important anyway.” 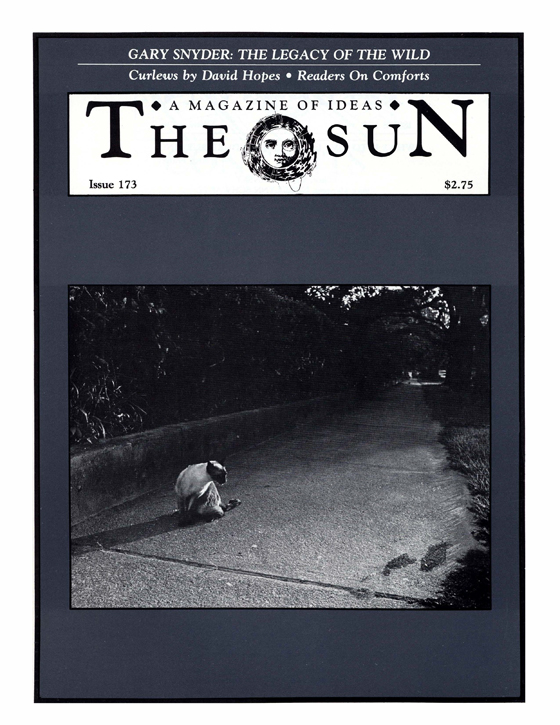