Years ago, I was addicted to mountain-climbing stories. I lived for the clear, crisp prose that transported me, safe from frostbite, to the summit of the highest peaks. I would imagine myself, my breath a perfect cloud, standing shoulder to shoulder with the sinewy international climbing elite that my wife liked to call the “Gore-Tex Gods.”

But one recurring element of the stories bothered me. The authors often romanticized the accidental deaths of their fellow climbers with lines like “The mountain claimed its own,” meant to imbue tragedy with mystical overtones. I hated the way they downplayed the pain they must have felt when a buddy wound up a frozen popsicle at the bottom of a ravine.

Now, after what happened to Ed in Mexico, I’ve decided that such abstract perspectives are sometimes appropriate. “Some things,” says a Buddhist sutra, “are perfect just as they are.” It might seem strange to say that about the death of a brother, but then everything about Ed was strange.

Although Ed was two years my senior, I eventually came to feel like his older brother. He fell out of step with society at age fifteen and never fell back in. With some people I knew, this happened when adolescent passion drove them onto a radical political or spiritual path, and they willfully set themselves outside the protection of society. But Ed refused to acknowledge the very existence of society. He moved through his own world on his own terms.

Dad thought that Ed was mentally ill, and he probably would have tossed him into an institution if he hadn’t been so sure it would cost him money. Mom skillfully guarded Ed, smoothing things out when his oddness alarmed an authority figure, which was frequently enough. I, on the other hand, simply viewed my brother as a harmless anomaly. I avoided him as though his condition were contagious, but I didn’t treat him cruelly, as many of his schoolmates did.

When Ed was eighteen, Dad got him a job in a warehouse. A month later, the foreman discovered Ed had created a random universe of merchandise, requiring weeks to sort out. Next, one of Ed’s high-school teachers managed to get Ed enrolled at a nearby alternative college. That lasted until Dad found out how much Mom was paying for tuition.

There followed a series of tragicomic attempts, engineered by our panicking parents, to plug Ed into one vocational slot or another. In the best of these — a hospital orderly job — Ed lasted almost two years (he was fascinated by the diversity of disease). In the worst . . . let’s just say Ed lacked the cautious disposition necessary to work on power lines.

While I was in law school, Ed disappeared for two years, then resurfaced acting as if he’d only been away on a two-week vacation. He never filled in the details of that episode except to say, “I was in Canada, mostly.”

After that, my parents assigned me to provide Ed with navigational support. Despite my resistance, I believe I did a pretty good job. I made phone calls and gently pulled an employer’s heartstrings when necessary. During this period Ed and I became rather close. I wouldn’t say we understood each other, but we began to enjoy the challenge of “shouting across the chasm,” as he liked to describe our exchanges.

One day Ed asked me to lunch. He’d just quit a job selling computers, and had enough cash to treat me. I met him at a downtown Lebanese cafe, only to find it closed due to an unfavorable health-department inspection, the results of which were posted conspicuously in the front window. Disappointed, we stared at the CLOSED sign as though we might make it reverse itself. Eventually I broke the trance by calling Ed’s attention to another sign in the window, this one hand-lettered: HELP WANTED — BATRENDER.

Ed laughed. “What do you suppose a batrender does?”

“OK,” I said, playing along. “So what would one render to bats?”

“What’s rightfully theirs, I assume.” Ed looked serious now. “Their rights, same as anyone: life, liberty, and the pursuit of happiness.”

A month later, when I returned from work, there was a long message from Ed on my answering machine. He was en route to San Ignacio, a mission town in the Baja California region of Mexico. It seemed that after our debate over the etymology of a misspelled word, Ed had written to an organization called World Bat Preservation, inquiring about volunteer opportunities abroad. WBP had written back with details about a project near San Ignacio, where there was a cave reputed to house the largest population of long-nosed bats on earth. Hunters were converging on the cave and killing the bats. WBP wanted a volunteer to stand guard until a permanent watchman could be hired from the local population. Although Ed knew as much about bats as I do about the life forms of the Pleistocene Era, he’d managed to convince WBP that he was the ideal candidate for the assignment.

I didn’t mention Ed’s latest impulsive career move to our parents; I thought I’d wait for the first field report before raising Mother’s blood pressure. It wasn’t a long wait. Ten days later I received a six-page letter in prose reminiscent of my old mountaineering favorites. Ed wasn’t only a blooming naturalist, but a writer as well.

Where did I get the idea that deserts were dreary, dead places fit only for lizards and rattlesnakes? This country is as beautiful as any I’ve ever seen. Today I explored a two-mile radius around the cave and found, in a narrow gorge, a wind-twisted dwarf pine that could shame a bonsai master to the point of suicide.

From my perch twenty yards beneath the cave, I’ve a perfect vantage point to watch the bats emerge at twilight, streaming out of the mouth like musical notes from a horn. It’s a seemingly endless procession, more acrobatic than the Blue Angels. I’m so obsessed with their flight patterns that they follow me into my dreams. I awake with the weariness of having crossed great distances. . . .

Anyway, what’s the possibility of your coming down for a visit? Bring me one of those nice little nylon mountain tents and some good coffee. I’ve enclosed a map.

I reassigned a few legal matters to my associates, bought some gear, and flew to Tijuana. The car I rented promptly broke down, and the ensuing bus trip through the mountains still gives me nightmares.

Ed’s map-making skills didn’t quite match the quality of his prose. The hike from the bus stop to the cave took twice as long as he’d estimated. At one point I had hallucinations from the heat and found myself staring longingly at the shimmering Pacific, though I knew the coast was miles away. Just when I discovered that I’d run out of water, there came a sudden burst of gunfire. Though it seems crazy, I was relieved to hear any signs of human life, even those that might be life threatening. I ran toward the gunshots, calling out idiotically, “Amigo! Amigo!”

I tripped coming over a hill and gashed my ankle. Looking up, I saw a man running off in the distance, rifle in hand. Behind him someone was shouting and throwing stones. It was Ed, wearing a sombrero the size of a manta ray. This ludicrous image made me laugh so hard I forgot I was bleeding. Ed heard me and whirled around threateningly, like a gunslinger in a spaghetti western. I loved him more at that moment than I ever had.

To celebrate my arrival, Ed took me to dinner at the home of Rosa Esparez, a local WBP supporter. Rosa was an ebullient host, and we stayed until well after midnight sampling dishes and listening to her spirited retelling of Mexican history. I monitored our alcohol intake, worried about finding our way to the cave. We hiked back under a magnificent dome of stars that seemed to pulse with our every step, as we harmonized an extempore duet about “Rosa, the desert flower.” We slept blissfully in the tent I’d delivered, a model fit for the Gore-Tex Gods. (One look at the price tag could turn an ordinary mortal to stone.)

The next day I was subjected to what must have been the world’s longest lecture on flying mammals. Somehow my brother, who’d probably read no more than a dozen books in his life before then, had absorbed an encyclopedia’s worth of data about his totem animal, the bat. His presentation was thoughtful and insightful. (Even now I find myself publicly quoting his observations about the echolocation capabilities of his beloved creatures, and my wife has threatened me with divorce if I ever again demonstrate in mixed company the tongue action of the long-nose as it approaches the fruit of a saguaro cactus.)

Ed’s lecture was interrupted by the midday arrival of one of the many hopefuls who had lined up at WBP’s trailer in San Ignacio to apply for the job of cave guard. The periodic approach of scruffy strangers toting rifles — Ed had told them to bring their “tools” — unnerved me, but Ed did his best to assuage my fears. “They’re good people, Jack. Even the hunters are just trying to make a living.”

“Yeah, Ed, that’s why you’re hiring armed guards to fend them off.”

Ed laughed. “You lawyers see a felony in everything, don’t you? WBP does this all over the world, and nobody’s been hurt yet.”

Unfortunately, I had to fly home after three days. Ed and I spent our last evening together watching the bats set off on their hunting expedition. It was even more spectacular than Ed had described it: whenever I feel myself shutting down through fear or fatigue or ineffable sadness, I recall that image, that great explosion of life force filling the air with an uncontainable enthusiasm. It sustains me.

When I returned, our parents couldn’t get enough of the story of their batrender son. “He finally hit the nail on the head,” Dad said. “A nail as weird as he is.”

About six weeks later, I received a late-night call from the president of WBP. Ed was dead. There had been an earthquake — not a particularly big one, but big enough. It had come at dawn while Ed was asleep in his tent. There had been a substantial rock fall; he probably never knew what hit him. The president was sorry beyond words.

I thanked her for the call, and for giving Ed the time of his life. It was a short life, admittedly, but how many people get the chance to hit the nail on the head? How many people get the chance to be a batrender? I said this to the woman and, thankfully, she refrained from asking what the hell I was talking about. Thank God. I didn’t want to explain that joke again. 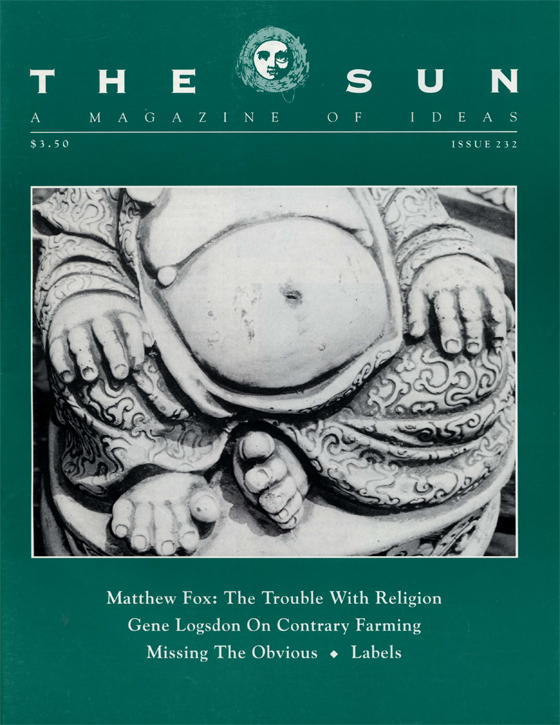 President In My Heart