JOHANNESBURG, SOUTH AFRICA — Surely if there is a God in heaven he must tremble each time an Afrikaner passes from this world, rematerializing, whanging away on the Pearly Gates with his knobkerrie, irritated, wondering where the hell the boy carrying his luggage has disappeared to, absolutely vein-throbbing furious at being made to wait for entrance. If, through some stupendous celestial bookkeeping error, my own spiritual journey is booked on a spaceship instead of a subway, I solemnly swear that if I see two Afrikaners hoofing around the streets of gold, I will scrabble my way through the clouds ’neath my rope-sandaled feet, shuck my wings, and plunge headfirst in open-mouthed, tongue-extended anticipation of landing a thousand mile-an-hour french kiss on the Devil him/herself.

In matters determined by resolve and single-mindedness of purpose, two Afrikaners in gossamer robes could handle, on any given Sunday, the helmeted shoulder-elbow-rib-hip-padded and hoof-cleated Dallas Cowboys: Rain, Sleet or Snow. Two together would declare, in slate-slabbed solidarity, the necessity of maintaining their national identity and would have proscribed, under the provisions of the Group Areas Act, 86.3% of humanity’s just rewards to be under their control. Jesus Christ would be allowed access if his father could prove that his only begotten son had, indeed, beyond any doubt, no matter how arbitrary or unreasonable, been born on that cloud. Poor Jesus might still not qualify for legal domicile: after all, he lived for over thirty years in a different area and, except for a short period of carpentry, had been unemployed. Saving souls does not get your passbook endorsed by an employer.

Following through on an attempt to understand white South Africa’s control and manipulation of the Black/Colored/Asian majority is a journey that invokes a logical progression of disbelief sliding to horror, then, finally, a half step beyond to revulsion. Dump your own brains into this festering casserole, experience it sub-surface, from within, and curiously, a certain, confounded, perverse sort of admiration starts to bubble up. Imagine the intricate interplay involved in four and a half million people all stowing away their individual fears and prejudices in a single, reeking garbage pail that happens to have “L-A-W” stenciled on it.

Such a dance! Cavemen pirouetting in platform heels, bags of dripping sludge held outward in hairy-armed offering. Gingerly picking your way through this chamberpot of societal standards it is possible to be awed if you tune yourself into the billion steps it represents; an archaeologist flecking through the remains of a Stone Age outhouse and telling himself, in a protective mantra, that he is dealing in science and not shit.

MINSI, ESTER ELIZABETH: 28, married, one child. Endorsed out of the Johannesburg area by Chief Magistrate of Bantu Commission. Given 72 hours to return to her homeland under penalty of arrest, fine, imprisonment. With husband and child rents one half of one room in a four room house. Sixteen other people split the remaining three and a half rooms. Her name is not on resident permit.

By law, the only women allowed in the Johannesburg district are:

MOKOME, JOSEPH LUCAS: 24, single, unemployed. Born in Pimtown in 1953 of Lesotho parents. Has been ordered to return to Lesotho or face arrest, fine, imprisonment. Lives with parents.

Trouble began when he was laid off from his job. Resident Superintendent refused to renew his monthly resident permit to live with his parents. Joseph has birth certificate, school records and a copy of his parents’ lodger permit to establish his right to remain. Because his name has been taken off the resident permit, because he has no job, he cannot look for work. He has never been away from the Johannesburg district.

MOFOLA, LUCY: in her 50’s, employed, widow with six children and two grandchildren sharing one room. Legal occupant she rents from has ordered her out as six single men who wish to move from their hostel have offered him twice the monthly rate. The New Canada Housing Board has refused to grant her another house of two rooms.

Only qualified working men whose wives are legal residents of the Johannesburg district can apply for a permit. She is a legal resident, but her husband is dead. Women without qualified husbands may only be granted resident permits in the homelands. She can only try to find another private home to rent from, but few houses have a full single room to rent.

Three of more than a dozen cases I heard in one morning at a volunteer agency that offers counselling. No case was resolved with a “happy” ending. A few were more terrible. The only one coming close to a victory was the first.

A young man who had signed a work contract in 1974 with a Johannesburg firm had worked out his one-year term and the company had kept him on for two more years. This is illegal. By law he should have returned to his “homeland” at the completion of his contract and re-applied for the classification of “work-seeker.” The company was also operating outside the law by keeping him on. He had been laid off when the employer sold the business. A call to the new owner who is informed that by law he must supply the money for the man’s return ticket. The owner agrees and the man is sent to collect his fare back to an area that has more unemployment now than in 1974.

This is the closest brush with success of the entire morning session and it is highly questionable. The man had been fired two weeks ago and, by law, should have left the district within 72 hours. The new owner is in a position of giving him the five or six Rand for his ticket, or calling the police and having him arrested for a pass card violation.

“This is Mr. Gaither. He is a reporter from America and he wants to learn about pass laws. Do you mind if he listens in?”

In a land with so much to choose from, the pass laws must surely rank close to the top of things most hated. Prison statistics are Prussian-like in their detail: crime committed, type of prison facility, length of sentence. Thus, we can learn that 196,576 blacks served from one day to four months in jail in 1975. This, of course is only the number convicted after experiencing the South African judiciary equivalent of Henry Ford’s auto assembly line. Another 41,589 were doing longer stretches for convictions passed that year. 2,456,350 (all races) were arrested that year, one tenth of the total population. Black arrests made up almost 70% of the total. 989 blacks, on an average, stood trial for pass law violations each day of the year.

So, the pass book is not the black pedestrian’s equivalent of a driver’s license. Think of a pass card more in terms of a paper tattoo. It marks the ascension to adulthood, at age 16, and is the Afrikaner contribution to civilizing the savages. No bloody circumcision, scarification, ear, lip or nose piercing. Very civilized. The inherent humanity of the Afrikaner is that they have seen fit to brand paper instead of black flesh, I suppose, and possessing so few other traits of the 20th century, I congratulate them on this breakthrough. In a society built on economic cannibalism, any step up, no matter how small, should be encouraged.

The pass card — a misnomer, really, as it is a passport to nowhere — proves to a twenty-year-old, pastyfaced little goose-stepper of a cop that a sixty-year-old grandfather has the right to walk the streets of Johannesburg. IF. The qualifications together flesh out a volume of law. His little book must prove that he is employed or is registered as a work-seeker, a title that must be applied for within 72 hours of being fired. It must show him to be a lawful inhabitant of the Soweto slum, a condition covered by a whole other set of laws. He must be a lawful resident of a particular house. Once again, more laws to satisfy.

It goes on and on. In style the restrictions read no differently than legal text covering the large paranoia of small minds anywhere. Collectively, pass laws are an attempt to micro-print, right down to the last heartbeat, a human life. A pass book has the added attraction that it is less expensive than a ball and chain and, bonus dividend, does not tire a man or woman out while they hustle about twelve hours a day, six days a week, at their job. If a company is going to pay out a hundred dollars a month, or less, often much less, but still MONEY, then it deserves to have its boys and girls not unduly hindered.

And the work they have done for their baass’ is impressive. South Africa is an inferior white man’s wet dream come to life. Clearly, never before have so many decidedly second-rate people fared so well. One of the local papers, a real laugher as far as literary enterprise goes, but a bit scholarly in terms of its readership, laid out a full-page feature on a white woman who works and cooks supper for her family. Well, she had a maid, of course, but on top of working five hours a day as a college instructor, she somehow found the energy to grill steaks.

That is true. A newspaper with a daily circulation of more than a hundred thousand (156,400 to prove that I am not making it up) found a full page to devote to South Africa’s Wonder Woman. I read the damn thing twice, thinking I must have overlooked the single line that noted she had solved the vexing, age-old curse of the frizzies or that she regularly took pole vaulting practice on her tenth story patio while the Beenie Weenies were heating up. Anything, in fact, that would make her slightly more uncommon than your average Young Pharmaceuticals heiress.

South Africa’s greatest protection from total condemnation from the rest of the world is that it is impossible to believe what people write about it. Simple facts take on the dimensions of gross exaggeration. I know, I know. It is difficult to believe that the system operates openly — that an entire social, religious and legal system conducts its affairs with the expressed goal of protecting and enriching its own treasure at the expense of the basic commodities of eighty percent of its peoples.

But it is true. South Africa is a country club with twenty million employees. Exaggerations, somehow, only approximate reality. And why bother making things up when the truth is beyond belief? Why bother rearranging a particularly vicious road-kill? There is no point in drawing beards on faces whose dull eyes camouflage even duller minds.

But they are just crafty enough to realize that if they let go of the marked deck they play with they will never be able to duplicate their unduplicable life styles. They are the sightless, led everywhere by their faithful pet, yet somehow feeling superior because the leash is in their hand instead of around their neck. “If I need the dog to walk, the dog needs me even more if it wants to eat.” Unable to imagine that hunger is unmeasurable. White South Africa is going to leave the bowl too empty at some point and is going to be devoured by a hunger that is three hundred years old. 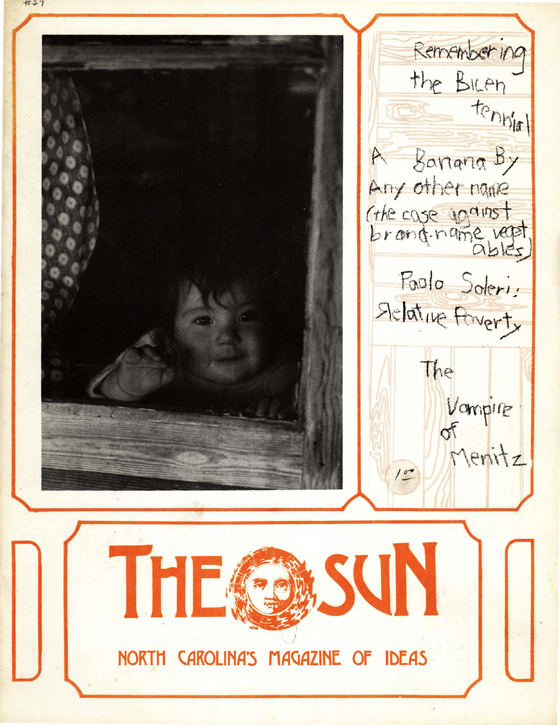