Dr. Beyers Naude, director of the multi-racial Christian Institute, appears, at first meeting, to be badly miscast for the reputation that has grown about him. He is a fine looking old gentleman with courtly manners. He immediately puts a visitor at ease because he is comfortable with himself. Not exactly the image of a wild-eyed revolutionary. Not exactly what is expected from South Africa’s most famous (infamous?) traitor.

He accepts the accusation, but dismisses the accusers. Parliament. It is “that game those white men play in Cape Town.” It is a game that is played for high stakes. The government sentenced him to jail in 1975, invalidated his passport and arrested his closest advisors. During the height of the Soweto uprising he was forbidden to attend public gatherings and received a court warning, cautioning him against “causing trouble” while the police were killing more than 600 blacks. The Institute, dedicated to racial moderation and Christian compassion, was declared an “affected” organization. Affected groups are forbidden access to overseas donations. His crime was to openly oppose apartheid.

Naude is only one of a growing number of white South Africans who have gone to jail because of their criticism of the government. The arrests and trials give every appearance of being strictly legal. Whites rarely have their doors kicked down. They are not dragged through the streets, publicly beaten or shot, are usually allowed access to an attorney and the right of appeal. Whites never commit “suicide” by plunging ten floors during interrogation. The situation is very different for blacks, but whites appear to be treated fairly and humanely.

To a degree this treatment is simply one more reflection of the inherent racism of the society. Protest from unlikely sources might arise were the government to treat whites with a callousness that is accepted for blacks. Some things are just not done in a society where color determines and shapes existence. Naude, and those few others like him, are plainly guilty of a special crime. They assault the complacency of whites, they do damage to the national conscience with a single, troubling question: “How can you treat your fellow man in such a manner?” To treat these few whites brutally would give lie to the comforting illusions that insulate self-image from reality. It would put white faces on black bodies.

There are other ways of handling white opponents. The ruling National Party has had 29 years in which to pass legislation aimed at outlawing dissent. The process has been systematic rather than slow. One overlapping law after another. Together forming an iron-handed clamp on the population. Repressive legislation is aimed at the black to avoid an outcry. There is little protest because the darkest fears of the white “nation” have become self-fulfilling. Laws devised to protect against the swart gevaar (black menace) guarantee that blacks will represent a threat. Laws enacted to maintain social order are needed in a society based on the disruption of the majority. Dissent becomes a real crime when people are divided on the basis of color and solidarity becomes necessary for survival.

Slowly, but with an awesome finality, the government has accrued a total control over the population. There is a system of restrictions and punishments, but, in reality, there is no law. There is power: the ability to arrest and detain any citizen it deems a threat to the established order. There is a crime to fit the actions of any individual; the illusion of a just and lawful society is maintained because this power is used only against those who question it.

Thus, whites are not arrested for threatening the status quo, but for representing a threat to the security of the state. They are not even arrested, they are “detained” under the Internal Security Act, a distinction no doubt lost on those held in solitary confinement for up to a year. Under this remarkable “law” there is no appeal or bail, no need for an attorney as no specific crime has been charged. The Minister of Police (who is also the Minister of Justice) must only decide an individual in some way threatens society.

The arbitrary use of power has numerous guises. Witnesses may be held 180 days in virtual isolation for “their own protection.” No appeal. Suspects may be imprisoned for 14 days without charge while the police investigate them. No appeal. Inmates who have served their full sentence may be kept in jail if the Minister decides their release would constitute a threat to the state. There is no appeal.

Along with a large number of other provisions, these “laws” are tailor-made for the silencing of political opponents. The ultimate denial of personal freedom, however, is the five year banishment. Often called “living death” by those who have suffered under its restrictions, banning confines an individual to a specific area, forbids the attendance of gatherings, from meeting with more than two people at one time, from having guests in the home after dark. House arrest between dusk and dawn is enforced by patrolling security police. The government does not have to prove that any crime has been committed. People are banned because the Minister has decided they threaten the security of the state. There is no appeal unless it can be proved that the government has acted in bad faith.

There is remarkably little protest against this all-inclusive power because it is directed against an extremely small percentage of the white community. Originally enacted to silence the leaders of black nationalism, these laws, selectively used against white dissidents, have reaped an unexpected bonus. They have had the effect of intimidating many opponents into silence. Criticism is voiced with the knowledge that the government possesses a wide range of legislation that may be brought to bear.

Thus, there is no need to arrest opponents casually. There are social forces to deal with the barroom or street corner zealot. Official action can be reserved for those who effectively criticize apartheid. When Naude’s detention failed to silence him, his advisors were made to suffer. There was little protest. Enjoying lives of extraordinary creature comfort, the vast majority of whites do not complain when the law is directed against those who advocate changing the system.

The end result of these governmental and societal pressures is that South Africa has moved beyond being merely a deeply conservative society. The systematic suppression of those advocating change has left the society static. The government no longer shows an ability to respond to problems, it can only react. Crisis management with an ironic end result. The political initiative has passed into the hands of the disenfranchised. The black majority now shapes the future because it alone can make the government act. The actions, both violent and swift, insure a continued escalation in tensions.

The few whites who remain active in the cause of an equal society face pressures that would test the resolve of any human being. They face the threat of going to jail for ideals that are completely unrealistic within the context of their society. Liberals, such as Naude, exercise their conscience, but, in the end, it is only their own souls they are saving.

The destruction of the liberal, moderate left, both black and white, has brought apartheid to its logical conclusion, the polarization of the races. Each color is increasingly influenced by the voice of extremism. South Africa is now poised on the brink of guerilla war. The government has removed all forms of redress except the use of force. This, too, is the logical end for a government that has ruled through police power rather than national consensus. As acts of violence increase, so will the influence of those whose reaction to moderation has made racial confrontation inevitable.

Beyers Naude will go to jail again. He concedes as much, acknowledging that but one false move on his behalf will be all the excuse the government needs. There is no one to replace him, he is the end of peaceful dialogue, not the beginning. When blacks and whites next get together, the common ground is likely to be the urban battlefield. 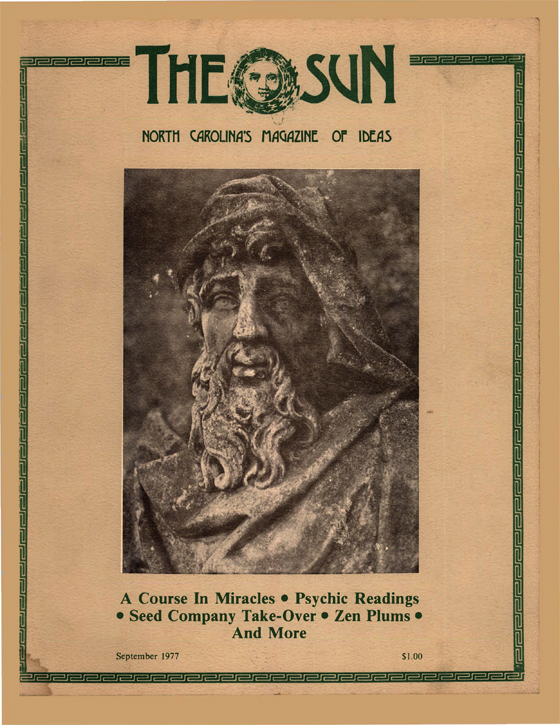 On Specialness (And Guidance Of All Kinds)