At night, my appetite is a mob that wants it all. It’s ready to burn a few buildings, loot and pillage. Who’s brave enough to face the mob?

I woke up from a dream of hunger and ate until I died.

In a world where nearly one billion people go to bed hungry every night, can I pause in gratitude before every bite? Not if I insist on doing something more interesting than being grateful: read a magazine; watch a movie; nibble on my thoughts, endless feast.

In 1953, at the age of eight, I went on my first diet. I lost twenty pounds, which I promptly gained back. I’ve been losing and gaining the same twenty pounds ever since. Even my brethren wandered in the desert only forty years. Haven’t I learned by now that eating “comfort food” when I’m feeling lonely or sad isn’t as comforting as tending compassionately to my feelings, really being here for myself? But I forget this. I distract myself with overeating, then with feeling guilty, then with the reformist zeal of a new diet, then with breaking the diet. Oh, the weight of my habits.

How odd that I still distance myself from my feelings, as if sadness itself were my enemy, a smooth-talking terrorist with one foot in the door.

“We get depressed,” my friend Manuel says, “when we stop being thankful for our pain.”

How long does it take to become enlightened? There’s a Buddhist parable about a bird with a silk scarf in its beak. Once every hundred years, the bird flies over a mile-high mountain; each time, the scarf brushes the peak. How long does it take before the mountain is worn away? It won’t do any good to rail at the bird for not flying faster. For not flying with a stick of dynamite in its beak.

Yesterday, I watched a friend eat a cookie. Just one cookie. He took such small bites. Later, he said he “loved” cookies. Imagine that! A love that doesn’t devour.

It’s better to feel what I’m feeling, no matter how difficult, than to embrace one more self-improvement scheme, one more fantasy of perfectibility. How tempting to imagine the future holds the key. If you lived here, the future advertises, you’d be home now.

Y. just returned from a meditation retreat where the teacher posted a sign that read, DO NOT IMPROVE.

As the Good Witch of the North tells Dorothy in The Wizard of Oz: “But you are home. All you have to do is wake up.”

I put down the book I’m reading, a book about mindfulness, and pour myself a cup of coffee. When I pick up the book again, I accidentally knock the cup to the floor. I realize, of course, what an opportunity this is for self-mockery. But would I jump in right now with a sarcastic comment if this had just happened to a friend? Can I simply be aware of what occurred without passing judgment? Living more mindfully means living more mindfully; it doesn’t mean judging myself for not being more mindful.

A friend wants to know if she’s the friend I mentioned in my January Notebook. “I’d rather not say,” I reply. “Besides, what difference does it make?” “Well,” she says, “you called me a big fat pig.” “That’s ridiculous,” I tell her. “All I wrote was that a friend had put on ‘quite a bit of weight.’ ” “It was me,” she insists. “Look,” I tell her, “the whole point was that I refused to make a judgment about my friend’s appearance.” “Except,” my friend says, laughing, “to call her a big fat pig.” She was so upset after she read what I’d written that, before going to bed, she asked God to turn me into an overweight, menopausal woman. Then, she says, she set her alarm for six the next morning and was in the gym by seven. 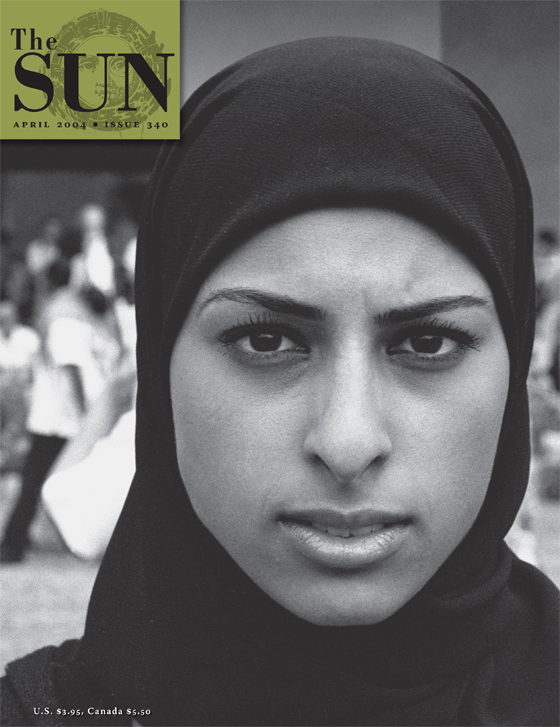 Resurrecting The Revolutionary Heart Of Judaism

An Interview With Michael Lerner

Called To Be Apart