No one ever understood disaster until it came.

It’s a good thing to have all the props pulled out from under us occasionally. It gives us some sense of what is rock under our feet, and what is sand.

Adversity in immunological doses has its uses; more than that crushes.

Nothing that grieves us can be called little: by the eternal laws of proportion a child’s loss of a doll and a king’s loss of a crown are events of the same size.

Years ago a person, he was unhappy, didn’t know what to do with himself, he’d go to church, start a revolution — something. Today you’re unhappy? Can’t figure it out? What is the salvation? Go shopping.

You can’t have everything. Where would you put it?

Even our misfortunes are a part of our belongings.

It’s so curious: one can resist tears and “behave” very well in the hardest hours of grief. But then someone makes you a friendly sign behind a window, or one notices that a flower that was in bud only yesterday has suddenly blossomed, or a letter slips from a drawer . . . and everything collapses.

There is no despair so absolute as that which comes with the first moments of our first great sorrow, when we have not yet known what it is to have suffered and be healed, to have despaired and recovered hope.

I can’t forgive my friends for dying. I don’t find these vanishing acts of theirs at all amusing.

Jim Moore, founder of a famous New York restaurant, had many friends in the theatrical world. As he grew older, several of them died and were sorely missed by Moore. One Friday afternoon he made a pilgrimage to the graves of those departed friends, remonstrating with them for their thoughtlessness in dying. When he got to George M. Cohan’s grave, he took out a parcel of fish and thumped it against the headstone. “In case you don’t know,” he shouted, “today’s Friday, and I just want you to see what you’re missing.”

We understand death for the first time when he puts his hand upon one whom we love.

Jiddu Krishnamurti, one of the most revered spiritual teachers of this century, once asked a small group of listeners what they would say to a close friend who is about to die. Their answers dealt with assurances, words about beginnings and endings, and various gestures of compassion. Krishnamurti stopped them short. “There is only one thing you can say to give the deepest comfort,” he said. “Tell him that in his death a part of you dies and goes with him. Wherever he goes, you go also. He will not be alone.”

In the story, an old man is dying and calls his people to his side. He gives a short, sturdy stick to each of his many offspring, wives, and relatives. “Break the stick,” he instructs them. With some effort, they all snap their sticks in half. “This is how it is when a soul is alone without anyone. They can be easily broken.” The old man next gives each of his kin another stick and says, “. . . Put your sticks together in bundles of twos and threes. Now, break these bundles in half.” No one can break the sticks when there are two or more in a bundle. The old man smiles. “We are strong when we stand with another soul. When we are with another, we cannot be broken.”

The highest tribute to the dead is not grief, but gratitude.

Remember that everyone you meet is afraid of something, loves something, and has lost something.

I cried at first . . . and then, it was such a beautiful day, that I forgot to be unhappy. 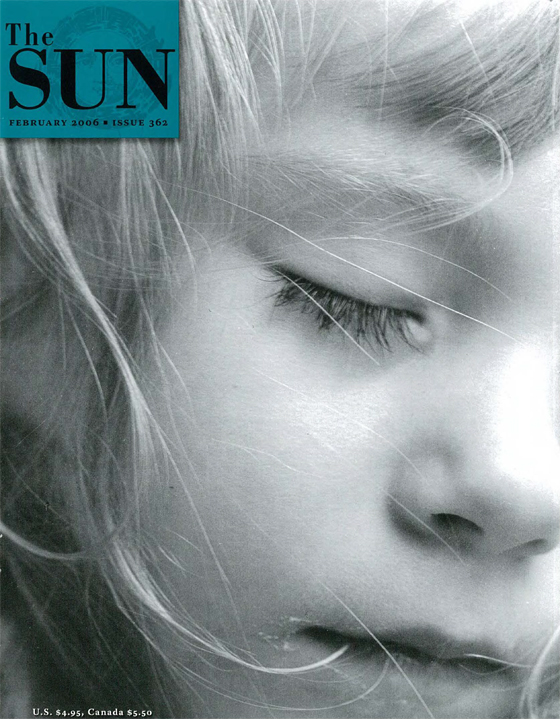