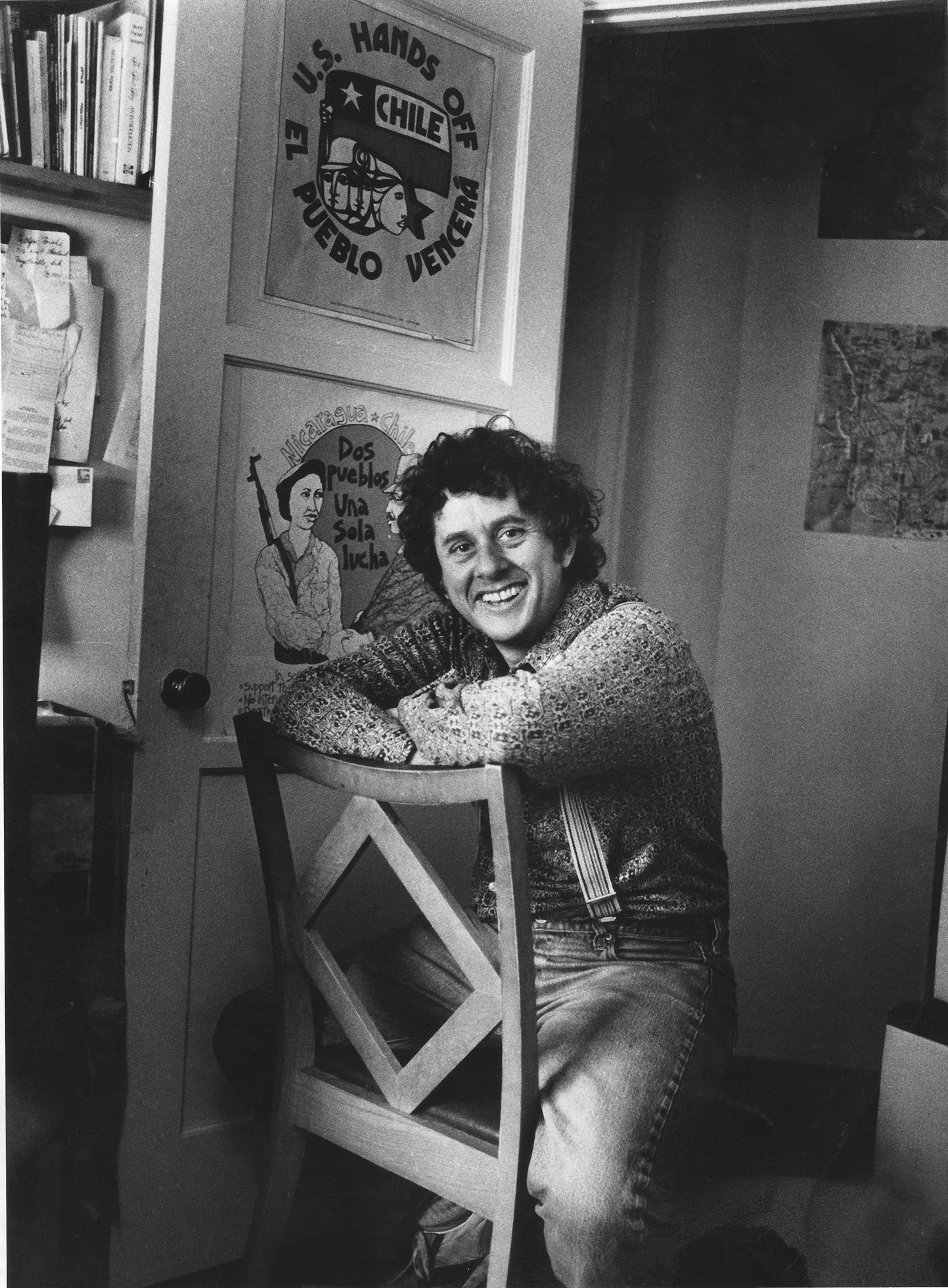 A Tribute To Steve Kowit

We had just published Steve Kowit in our March 2015 issue and were looking forward to seeing him on the West Coast, where he’d be teaching at a Sun writing retreat. Then we learned from a reader that he had died.

There is very little that can slow our work here at the magazine, but this sad news brought the day to a stop. Kowit was a gifted poet and a compassionate human being. He was enthusiastic and outspoken, both on and off the page. (He described himself as an “all-around, no-good troublemaker.”) It was hard to believe he was dead, but as he himself wrote, “Although you may not believe / it will happen, / you too will one day be gone.”

I’d taken a poetry workshop with him six months earlier. He’d come in late, hair awry as if he’d been hurrying. Rumpled clothing. Suspenders. Glasses on top of his head. He rummaged through a stack of papers, complained his back was hurting, then read a poem by someone he admired. His delivery was emphatic, his pauses dramatic. Every writer cultivates a voice, but Kowit commanded his. He talked about poems as revelations. He warned us not to “prettify”: we should tell a story in simple language — and then revise it a hundred times. He advised us to draw from our own experiences, especially the painful ones. When the class ended, he gave everyone his personal e-mail address, encouraging us to send him our writing. I was struck by his generosity, and I realized that over the years he must have offered this to countless students. “I want to read your work,” he said, peering at us over his glasses. And he promised to respond. “It may take a while,” he added with a smile, “but I will get back to you.” Later, when he read his own poems from a stage, I noticed people in the audience straightening up to pay attention. (He often joked that “a boring poetry reading can be more painful than a root canal.”)

Born in 1938, Kowit grew up in Brooklyn, New York. As a young man in the 1960s he joined the “hustlers, hoodlums, deadbeats, artists, students, bongo players, hipsters, and out-and-out sociopaths” (his words) at coffeehouses in downtown Manhattan. After “dropping in and out of Brooklyn College,” he earned a BA. He subsequently earned an MA at San Francisco State College and an MFA at Warren Wilson College. He joined the Army Reserves, but in 1966, to express his opposition to the war in Vietnam, he sent the Army a letter of resignation: if forced to fight, it said, he’d fight for the other side. He then married his sweetheart, Mary, and they fled the country, traveling in Mexico and Central America for several years. After returning to the U.S., the couple settled in San Diego, where Kowit became a mainstay of the local poetry scene and a popular teacher of writing workshops.

In an essay for Poetry magazine, “The Mystique of the Difficult Poem” (available at stevekowit.com), Kowit argues that poems ought to be clear and accessible, and above all they should say something. He observes that “the widespread critical belief that poetry needn’t communicate has had disastrous consequences for the art.” He urges poets to put their “craft at the service of content,” to embrace emotion, and to go ahead and be socially and politically engaged. Who says a poem can’t have a conscience?

Suspicious of monotheistic religions, Kowit found himself drawn to Buddhism. He claimed to be a “skeptical mystic” or a “mystical skeptic.” Kowit engaged in humanitarian and antiwar efforts and was especially passionate about the plight of displaced people and immigrants. In the 1980s he founded the first animal-rights organization in San Diego. He also taught for five decades: at San Diego State; Southwestern College; San Diego City College; and the University of California, San Diego; as well as in retirement homes, community centers, and cafes. When Kowit “semi-retired,” he and Mary and their dogs and cats moved to the backcountry of Southern California, ten minutes from the Mexican border, but he never entirely gave up teaching.

Kowit published seven books of poetry and a writing guide, In the Palm of Your Hand: The Poet’s Portable Workshop. He also edited The Maverick Poets, a poetry anthology for “people wary of poetry.” His awards included a National Endowment Fellowship in Poetry and two Pushcart Prizes. Garrison Keillor read Kowit’s poems on the radio. (Keillor is a fine reader, but for the real Kowit experience, you should search for him on YouTube.) After his death, Mary completed the editing of his final collection, Cherish: New and Collected Poems, forthcoming this summer.

The Sun frequently published Kowit’s poems, and his contributor notes were characteristically pithy. For example: “Steve Kowit awarded himself the Nobel Prize in Literature in 2006 in a private ceremony in his living room but declined to accept on political grounds.” And “Steve Kowit has spent his entire life among the savage, warlike tribes of North America and has learned their language and customs well enough to be often mistaken as one of their own.”

For all his invective about the human species — he often referred to us as “Homo satanicus” — Kowit’s poems acknowledge our suffering and resilience, the endless small griefs “that the heart pretends it can bear.” This is poetry that offers comfort in the face of impermanence, that appreciates the good, the bad, and the funny.

Kowit once said that he wanted to “move the reader with memorable tales that celebrate the whole inexplicable business — this strange, unspeakably marvelous life,” and that is exactly what he did.

P.S. We are grateful to Mary Kowit for providing us with photographs and biographical information.

I Attend A Poetry Reading

I Stand In The Doorway

A Note Concerning My Military Career

Read more by Steve Kowit in our digital archive.

My wife, Joelyn, and I attended The Sun’s 2013 writing retreat at the Esalen Institute in Big Sur, California. While there we took one of Steve Kowit’s poetry workshops. Joelyn wrote about a dream she’d had, which Kowit happily helped her expand into a poem. I was reluctant to share with him what I had written, but, ever the passionate teacher, he encouraged me to e-mail my work to him after the retreat. To my surprise he liked the poem so much that he published it in an online literary magazine.

Joelyn and I are among the many who feel Steve’s loss deeply. He was down-to-earth, fun to be around, committed to his craft, and enthusiastic about not only the words he wrote but those written by his students.

I was a professor at San Diego’s Southwestern College between 1996 and 2003, where poet Steve Kowit and I were colleagues. At the age of fifty-two I suffered a massive stroke that ended my teaching career. I lost the ability to walk, read, and spell.

Steve worked with me on my English skills over the phone every Sunday morning for thirteen years, helping me relearn the alphabet and build words. Steve would slowly read a sentence, and I had to write it on a piece of paper. He would read the sentence to me over and over.

Steve was a great friend and an amazing person: He was a member of Jewish Voice for Peace, an organization concerned about the war crimes being committed by the state of Israel against Palestine. He started the Animal Rights Coalition, the first animal-rights group in San Diego, and was a vegetarian almost his whole life. He even respected insects. If a fly buzzed in his classroom, Steve told his students that no one was allowed to harm it.

Thank you for the moving account of Steve Kowit’s life [“The Whole Inexplicable Business,” July 2015], and for consistently including his poetry in your magazine. I belong to an organization called Veterans for Peace, and one of our goals is to shatter the myth that there is an irreconcilable gap between those of us who fought in the American war in Vietnam and those who fought against it. Many of us who didn’t stand up to the authorities who sent us to war appreciate Kowit’s stance as a conscientious objector. I am one of those people.

Doug Rawlings Chesterville, Maine
More Letters
Thank You Your donations helped to keep our ad-free, nonprofit magazine in circulation last year, funding everything from production to distribution. Learn how you made a difference last year. Learn More

By Kelly Daniels
The Dog-Eared Page

Houses Of The Spirit

The Typewriter In The Basement

By Brian Doyle
The Sun Interview