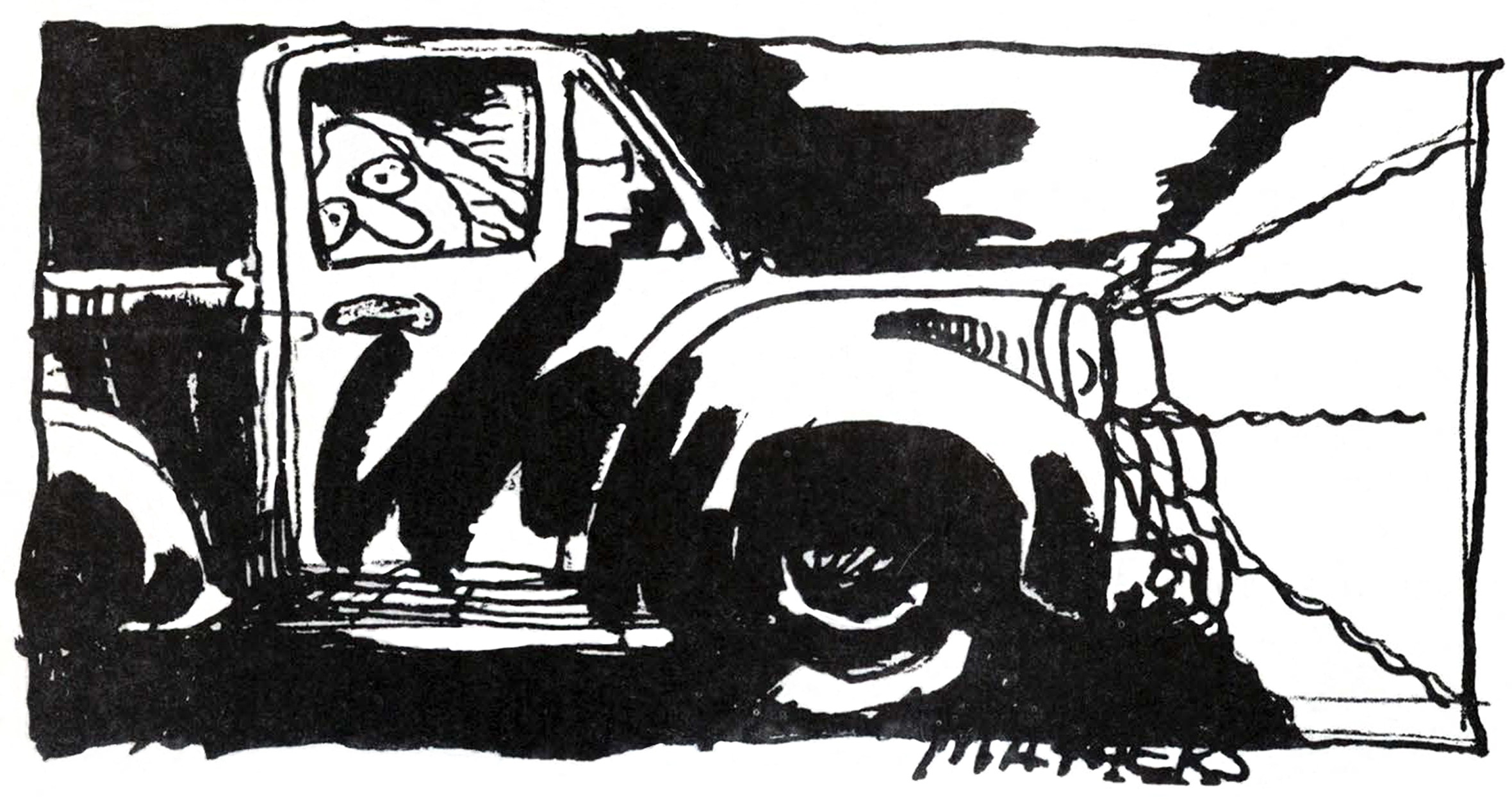 Welcome To The Fish Tank

Three A.M. on East Franklin Street and there were just these three things moving. A battered green one-ton pickup truck with a hanging muffler and two kids from New Jersey; an old guy who told them how to get to Manns Chapel Road; and the cop car that made a quick u-turn and followed them out of town.

“One last thing,” Ted had pointed out before he left Massachusetts. “Every Southern town is a speed trap. Every one.”

I didn’t know the way anyway so that’s all I had to think about the first night in Chapel Hill.

Dave came out of the Topeka slow at first, getting into the glare of the hot afternoon sun. Then he stood up straight and let out a hoot.

Nobody looked around much and one older, older even than David, gut leaned back into the shade and clapped his hands in laughter.

“Now don’t get no ideas about these here girls,” he crackled. “These girls is with me.”

David riled back, hands on his hips and stared him still. “Romeo boy, if these here girls had any sense they’d know how much you’re good for. Not a lick.”

And with a smile breaking wide he crossed over the lot and hunkered down next to the old man. “Now,” he said. “Let’s see what else this wine got to say.”

“There’s two types of freaks in Chapel Hill,” Judy explained patiently, sitting on the bench sipping a glass of beer. “There’s the city freak and the country freak. There’s a real difference.”

Later, the political freak, the country one, tried to explain the difference. Black and white, he said. Getting it together or taking it easy.

“The country freaks, you can spot them, they all wear hunting knives,” he concluded wanly.

“In the winter, someone observed,” “there seems to be a lot more city freaks.”

The ex-cop leaned back in the chair, lit a cigarette. “Public drunk is, well, sometimes it’s a useful thing, you know.

“One night me and another guy were up on West Franklin Street, up by the taxi place, you know,” he began explaining.

“We see this guy just sorta standing around like he’d been drinking. He wasn’t doing anything, you know, he was just standing there and we didn’t pay much attention ’til these two kids run up and said the guy had a gun. Said they’d seen it and all.

“So we went over there. Now there’s a lot of guys standing around, not with this guy but they’re all standing there and looking at us. So you know we try and go about this casual. We don’t want to stir up nothing. White cops, you know.

“Well, the lieutenant asks him what he’s doing, you know, who he is and all. And I’m just sort of letting people know that this is just something private, nothing important.

“Okay, so this goes on for a little while and the lieutenant figures ‘Hell we can’t just stand out here in the middle of this crowd, just talking and all,’ and you want to know the truth I’m getting a little edgy.

“So he tells him he’s arresting him for drunk. We didn’t want to bust him, you know, but hell if the guy’s got a gun we want to know it.

“Turns out the guy doesn’t have a gun anyway but Christ now we have to do something. I mean all those people are standing there watching the whole thing. We’ve got no choice, you know, so we put him in the car and book him. Next day he pays his money and we tell him to stay out of town. He’s from Greensboro or somewhere, so we just tell him to go back there and not come around here no more. And he does.

“Shit,” said the lawyer in the courthouse hallway, with a look like he was answering the stupidest question in the world. “There’s two people you can’t beat in a courtroom, a preacher and a policeman. That’s all there is to it.”

He had been standing there for at least 20 minutes. Waiting for the bus. Not any bus, the ‘F’ bus. Every time one would pull over to the curb he’d shyly poke his head in the door and ask the driver where he was going, then he’d shake his head and go back to his post. Bart’s bus must have come and gone four times while he was waiting. He stopped asking Bart.

“Come take a ride on one of our faded yellow and orange obnoxious buses. Welcome to Chapel Hill, home of the undiscriminating liberal.”

“If you step out of Chapel Hill you’re smack in the South. East, West I don’t care where you go. Step outside of Chapel Hill and you might as well be in the Ozarks. That’s what the hell I’m doing around here,” Luke said, rolling the beer can between his hands.

“It’s like a goddam fish tank, that’s what it is. All those noses flat against the glass, looking in, looking out.”

Nothing But The Best

All The Smiling Faces