After The Flood | By Heather E. Goodman | Issue 544 | The Sun Magazine
close 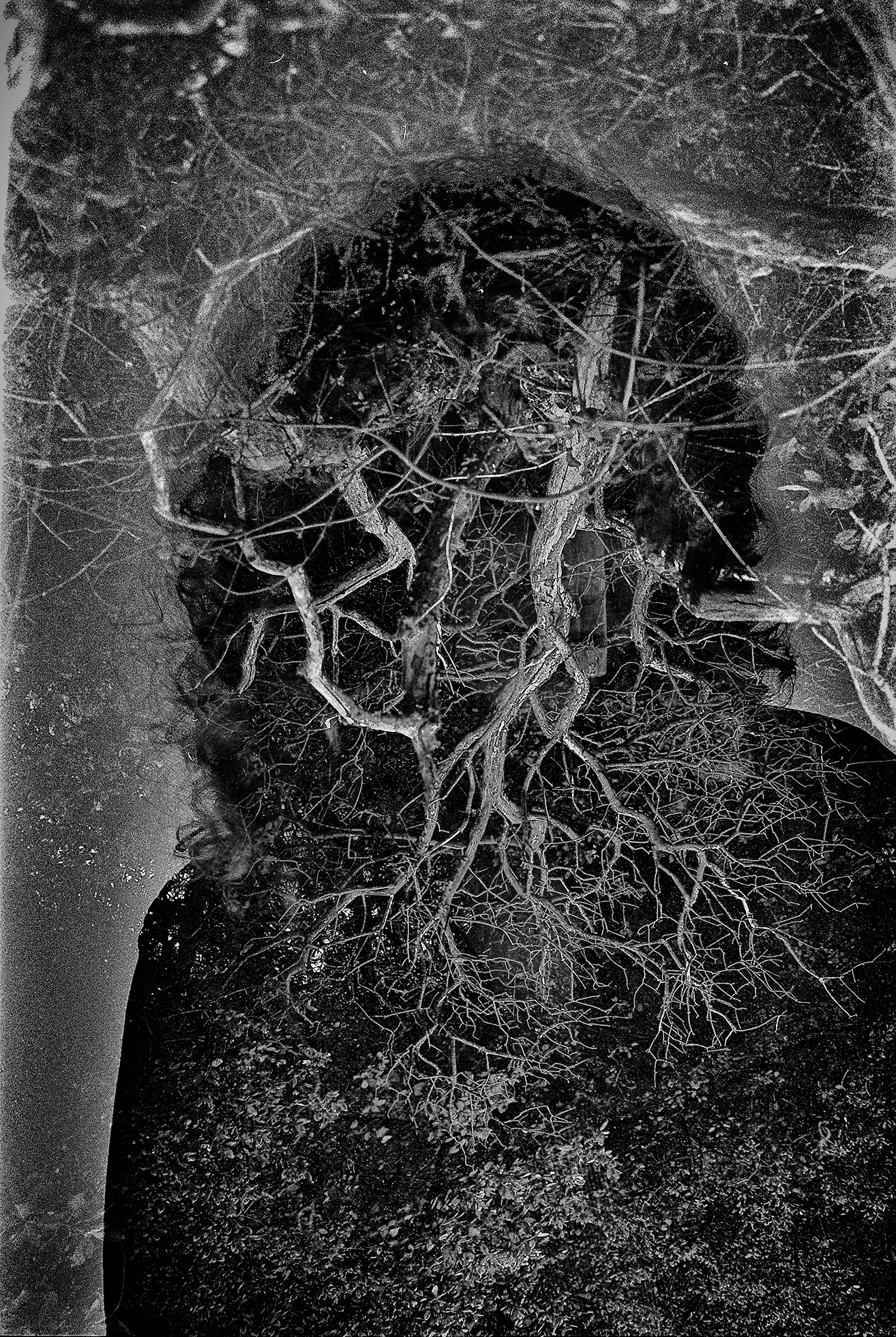 Two days after the flood, my neighbor Sally and I rescued five minnows from a puddle: scooped them into a potting-soil bag we’d found wrapped around a tree branch, then released the fish back into the creek. The outdoor cat that Sally and her husband, Tom, had been feeding had come back, too, so already the day had the mood of a resurrection, like the first day of wellness after an illness. We were attentive and attuned to the birdsong, the slant of light, the smell of damp dirt. There was a feeling of gratitude that had been missing from our lives five months into the pandemic.

The flood had come two days earlier, on August 4, the result of Tropical Storm Isaias. Though we are more than a hundred miles inland in Douglassville, Pennsylvania, the storm had hit us hard enough that the small creek we live along had roared out of its banks with no warning, and my neighbors and I had watched as picnic tables, barrels, and lawn tools sped away on the current. Tom’s greatest loss: his brand-new waterproof saddlebags for his motorcycle trips up to Cherry Springs to stargaze. Sally’s greatest loss: her beefsteak-tomato vine, planted in a huge concrete pot that had somehow floated away. She’d picked the first tomato of the season the day before the storm; it now sat safely inside on her windowsill.

Tom and Sally were lucky. Jake and Steph’s kitchen, dining room, and office were a total loss. We couldn’t do anything to help them yet — the insurance adjuster still needed to see the devastation.

So we did what we could. The day before, a pack of us had hauled wagon and wheelbarrow loads of rocks out of our neighbors’ yards and put them back in their driveways. Randy drove his tractor and used the bucket on the front to steal chunks of asphalt from the destroyed road and fill the biggest driveway holes, some almost three feet deep. While the adults worked and joked — thankful to have something to do outside together — the neighborhood kids scoured the meadow across the washed-out road and came back with rakes, buckets, place mats, and patio chairs, their eyes glinting with the thrill of a treasure hunt. Sally, a retired Episcopalian reverend, said, “The Lord giveth, and the Lord taketh away.”

The creek had risen so fast there had barely been time to move cars. Neither Tom nor Jake could get his generator out of the way of the water’s path. These are people who have lived through floods before, but this one was utterly unexpected. The sun was out; the rains had passed hours earlier and had lasted only hours, not days.

Tom and Sally, who have lived here fifty years, had seen it flood worse only once: during Hurricane Agnes in 1972, just two years after they’d bought the abandoned three-and-a-half-story mill and put a roof on it. Not paid someone to put a roof on it. They, themselves, had put a roof on it. While repairing the old windows, they put up cardboard at night to keep the bats from coming in. “We camped indoors,” Sally said. They added framing and insulation inside the existing brick building. When Sally was pregnant with their second child, they decided climbing a ladder through a trapdoor in the ceiling to get into their main living space was no longer a good plan, so they added stairs. In other words, they are hardy folks, used to salvaging and redeeming. But Tom and Sally couldn’t do much salvaging yet because their power was still out.

After releasing the minnows, Sally and I continued to survey the tree-lined meadow, ostensibly looking for tools and whatever else the kids might have missed, but mostly just taking a walk, getting away from all the work that remained. We found two more of Jake and Steph’s chairs and a metal seat from Tom and Sally’s swing. And then, in the middle of the meadow, standing upright: an empty tomato cage. We looked at each other and immediately began hunting in opposite directions. “Heather!” Sally shouted, and I turned. She stood laughing and pointing to the tomato plant, its roots stripped of dirt. Left on the bedraggled vine were nineteen tomatoes: one ripening, the rest green. The concrete pot was nowhere in sight.

I picked the vine up gently, careful not to knock off any fruit, and nestled it in Sally’s outstretched arms. She cradled it like a baby while we walked slowly back, careful not to jostle the plant, though it had obviously been through much worse. I carried the potting-soil bag, cage, and plastic chairs, and we talked and laughed about the miracle. Sally dubbed it the prodigal tomato.

We waved to Tom, who was chainsawing a pile of logs and branches. He shook his head and smiled at Sally’s treasure, and we discussed whether it would survive replanting after lying out in the sun the day before. Deciding it wouldn’t, we picked the tomatoes — all nineteen — and Sally and I brought them inside and placed them on a baking sheet next to the brilliant red one she’d picked before the storm.

When we went back outside, Tom had stopped sawing and was repotting the bare vine. “You never know,” he said.

He’s right, of course. We don’t know what the world will bring, what power lies in a salvaged tomato plant, what we all do to build back, survive, thrive.

The Children Are Fragile

Sheldon Solomon On How Fear Of Death Affects Our Lives