The victims hear their names called out, meet with lawyers, are told to wait. And wait. And so, watch. In the Superior Court, the docket this day is all dope; dope found in the victim’s car, dope in the victim’s pocket.

Mostly poor, mill workers or unemployed, the rags the victims wear are bright; long hair, dingy skin. Perhaps an odd lot, a college boy thrown in, or college girl of good family. Their crime is the same: Possession and enjoyment of marijuana.

The D.A. does her routine. The judge listens. The basic facts pour forth with little variation case to case: Arrested in his car, arrested in his house watching TV, arrested while walking, search made with a warrant after due procedure. Baggies, roaches, papers, clips, scales, one pound, ventilator, bong, rolling machines.

is repeated all day. The judge calls to the victims. The victims stand, say a few words, or their lawyers stand, a few attack the warrants, most succeed. When sentences come down from the judge’s black tower of what-we’ll-do, none go to jail/“Damn place is too crowded right now with real criminals.” The victims depart, fined, on probation, go back to living.

concluding, the judge breaks in, perturbed, weary-voiced: “O hell. I know the rest, thank you. I’ve got it memorized. It is the law, after all, but anyway, what do you say, Mr. Archer, what do you say about these 2 pounds they found in your kitchen?” Mr. Archer stands up, a tall, gaunt man in worn out work clothes. He concocts a tale about his nerves, ashamed to say he loves the herb for the high, and the gentle way it makes him feel, like love, like a dream, for he knows it is sick to love like that because the law has always said so, he loves the high, and the warm, soft hood about his soul and body.

“Honest, it helps my nerves.”

His own son has been a victim in the past, in another court, another state.

“These people aren’t criminals,” says the judge. “Except the law says they are, don’t it?”

The judge is sick of wasted time and taxes, the way you get sick of a war that’s got no purpose save service of a lie.

He hands out another light sentence. 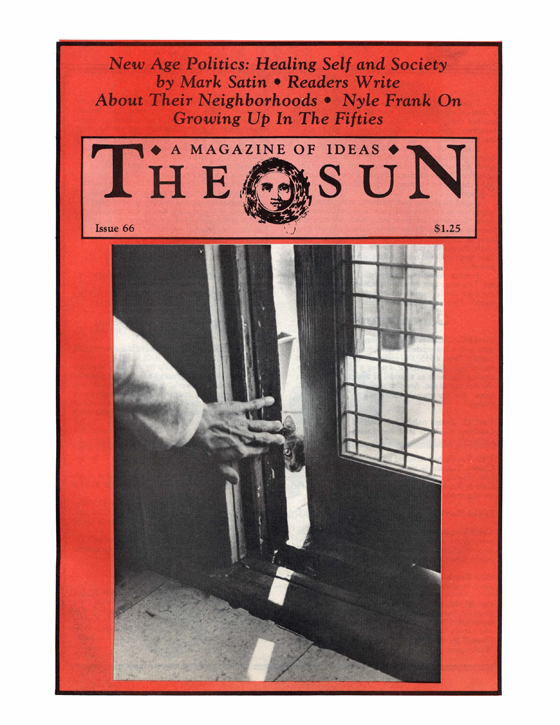