The word KARMA simply means “action”; but the principle, or law, of karma is taught in every religion and culture in the world. In the Bible, this law is stated as, “As you sow, so shall you reap.” In plain English, if you plant beets you can’t expect to harvest tomatoes. Every thought, word, and deed in our lives is a seed which we plant in the world. All our lives, we harvest the fruits of those seeds. If the seeds are full of anger, fear, greed, desire, and doubt, then so will our lives be. If the seeds contain love, kindness and understanding, then our lives will as well. This is not a moral or philosophical teaching; it’s simply a law of energy. Karma is the way the universe works. As you often hear in prisons, “What comes around goes around.” That’s karma.

Karma is often easy to see; a Beatles song says “Instant karma’s gonna get you.” For example, you step on the end of a shovel, it flips up and hits you in the face. Or, you step on a banana peel and you fall. It’s not good or bad that it happens that way; it’s just the way things are. It’s just karma.

More often, karma is harder to follow because time goes by between action and karmic re-action. If you set an alarm clock for ten hours from now, you may forget all about it and then be startled when it finally goes off. Yet you set it with your own hand.

Throughout our lives we’re either slipping on banana peels, flipping switches with unseen wires, or setting alarms that we forget about or don’t even know about as we’re setting them. A kindness that we think went unnoticed, or something rotten that we hoped would disappear — nothing ever falls through the cracks. What comes around goes around.

When we realize the truth of the Hindu saying, “No one is a source of delight or pain to another; everyone reaps the fruit of one’s own actions,” then the world becomes very far out indeed. Someone really messes us up, and we realize 1) our own pain is only caused by things we’ve done in the past, and are now just paying dues for (we’re working out our karma); and 2) that person may have been the instrument of our karma, but he also created one more round for himself.

When we deeply understand this, then we can understand why the great Indian sage, Mahatma Gandhi, as he was shot in the head, turned to his assassin and said sincerely, “I’m sorry, my son.” Or why Christ on the cross said, “Forgive them, Father; they know not what they do.” People who understand karma simply don’t hurt other people; that’s all there is to it. And people who don’t understand karma need all our compassion and forgiveness. When they hurt others, they’re really just knocking their own heads against the wall; they’re setting so many karmic alarm clocks that will painfully awaken them at some later time.

In Truth, we — all beings in the universe — are connected; we just can’t see the glue. Because this oneness of all things is True, or real, or natural, then any thought, word or deed which tends to create a feeling of separateness creates more karma; it creates illusion or falseness. Working out karma is simply the process of undoing this falseness in order to return to the Truth. For example, let’s say I make fun of someone who’s ugly, or crippled or whatever. I may be setting my karmic alarm for some time when I become someone like that, or marry or give birth to someone like that. Not as a moral punishment, but simply because I would need that experience in order to get beyond the feeling of separateness from those characteristics. I would need an experience to help me see that there’s no “them”; we’re all just “us.”

Because karma works this way to make each one of us complete in our wisdom and compassion, it looks very much like punishment and reward or judgment for sin. But it truly isn’t. Karma is more like the law of gravity — it’s the way energy works. The Golden Rule — Do unto others as you would have them do unto you — is really more of a scientific truth than a moral preaching. When Christ says, “Love thy neighbor as thyself,” He’s simply telling it like it is; we’re all connected, and He can see the glue.

The world we live in is really not very big; it’s a closed space. Just as our pollution doesn’t disappear or “go away,” neither do our vibes and our actions, whether good or bad. Each one of us counts. Each one of us has full responsibility for lightening the karmic load of this planet. And each one of us has the power to do so.

Whatever happens to us in life has two components; we might call them dues and opportunity. For example, going to prison is paying the karmic dues for things we’ve done in the past (not necessarily the crime itself); but going to prison is also an opportunity for us to come closer to Truth, to God, to Self — however we want to say it. Prison life is so intense and so negative that we get the opportunity to work out karma and build strength in a period of months that might have taken fifty years on the streets if we could do it at all. The test of the dues is, can we accept our karma without shame, regret, bitterness, etc? The test of the opportunity is, can we use every situation in our lives to lighten our future karma; to build our love, strength, and wisdom?

It’s not important to spend time analyzing the karmic causes and effects of things that happen to us. When I get a big package in the mail from some company thousands of miles away, and I have no idea how they got my name or what they’re all about, the only thing to do is open the package and do whatever feels right at the moment. Same thing with karma. No need to look into a crystal ball to see why such-and-such happened and then such-and-such, etc. We just look through each day’s mail and accept it all without looking back.

Once we understand karma, we begin to have more understanding and compassion for other people’s trips. We see that we’re all just beautiful children of God who have developed these stash bags of karma by the choices we’ve made, and we’re all working through our karma as best we can. Our stash bags are each unique — no two people in the world have exactly the same karma. Yet the Journey of working it all out is basically the same for us all. As we become more aware, or conscious, of the process, we tend to cooperate more and more and our stash bags get noticeably lighter; we become conscious beings — people who act in harmony with Truth in everything we do, from brushing our teeth to planning our lives. We do what feels right rather than what feels easiest.

The end of our karmic journey — when we’ve lightened the burdens in our karmic stash totally — is called enlightenment. We’re like God walking around in a body. Every thought, word, and action is in Truth and creates no sense of separateness in the world. Beings like the Christ, Buddha, Abraham, Mohammed and many others have reached this state; they became so united with God, Tao, Dharma, Truth, that they ceased to create personal karma. They had no other games going than Truth. The punch line of it all is that we all must become enlightened. Whether holy man or murderer, president or bank robber, each one of us is on the same Journey and each one of us will eventually go all the way to the end. Whether today, next year, or a hundred thousand lifetimes from now, each of us will come to a point at which we’re tired of creating more karma; we’re tired of suffering and exploiting and being exploited, of “looking out for number one.” We’re tired of slipping on banana peels, setting alarm clocks, of being the fool or the clown. At that point, help arrives. It may be in the form of yoga or meditation, or meeting friends-on-the-path, or an inspiring sunset, or even reading a book or an article such as this one. But in whatever form it comes, help comes. It may not be for what we want, but it’ll help bring us what we need.

From that moment on, our lives may seem the same as ever, yet there’s an added dimension of something like peace or security that comes from knowing what’s going on. We still have hassles and cavities and fears and hemorrhoids and lusts and all the stuff of this world; yet there’s a part of us that knows, and that makes all the difference. Amidst all the old stuff and craziness, we begin to orient our lives around the things that help to lighten our karma: quieting our minds through meditation and other practices; serving others in order to relieve suffering; and remembering not to get so lost in the maya, or illusions.

In prison the illusion often gets very heavy. Someone comes up to start a fight, or actually hits you. If your mind is centered and quiet, you see that they’ve just hurt themselves karmically, and that you’re receiving some karma from some other time. If you get angry and sucked up into the whole thing, that person may be getting his karma, but you’re also creating one more round for yourself. If you can handle the whole thing without so much anger or fear — whether you stop him, defend yourself or walk away — then you’ve broken the cycle and come one step closer to your freedom. Neem Karoli Baba (Maharaj-ji) used to say, “Do whatever you must with people; just never shut anyone out of your Heart, even for a moment.”

When we truly understand this karmic journey, we see that selfishness and selflessness are identical; no difference whatsoever. The best thing I can do for me is to serve you. The best thing you can do for you is to serve me. One of us can never gain from another’s loss. If it seems that we can, we’re lost in the illusion of separateness.

As we look around, we see clearly that most people are lost in this illusion; they have not yet gotten tired enough of the hustles and the hypes. They have not yet reached upward and inward to understand the way their lives work.

At any given moment, it is a very small minority of people who are consciously working out their karma and becoming lighter. If this is that moment for you — the moment of stepping out of the suffering majority into the conscious minority — then welcome aboard. Welcome into the infinite HERE and the eternal NOW.

We are with you always. 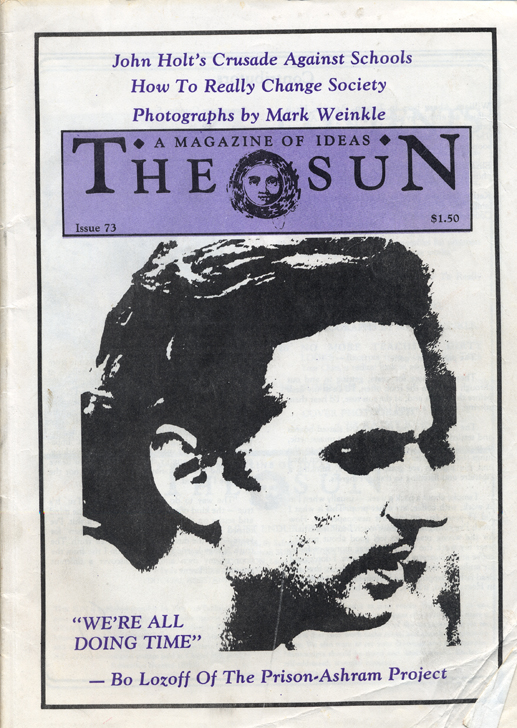 How To Really Change Society

By Our Readers
Editor's Note