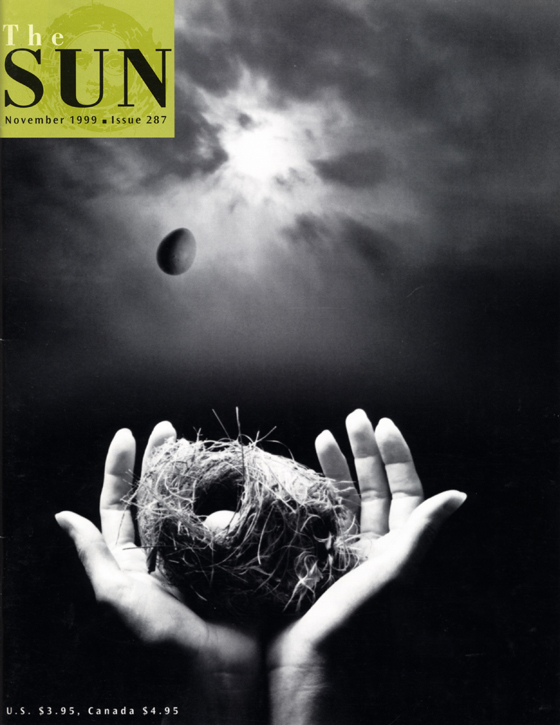 Moonies, congealing gravy, calls of the sandhill cranes across the river

Those who prize freedom only for the material benefits it offers have never kept it for long.

The Broken Promise Of Democracy

An Interview With Frances Moore Lappé

The hunger that is so common worldwide and that kills so many people every day does not result from a scarcity of food. Hunger is not about the relationship of people to food: it is about a human relationship in which a small number of people determine who has access to food and what is grown on what land. In Diet for a Small Planet and with my work at Food First, I’ve tried to drum home the fact that, in many of the countries where people are the most hungry, much more land is devoted to crops grown for international trade than to crops that sustain the people who work the land.

To Kill A Deer

Later, everyone would agree it was the least likely time to encounter a deer. The two young guys in baseball caps who stopped to help us on the freeway said it. So did the highway patrolman who came to fill out the accident report after the two guys in baseball caps had gone to the next town and called for help.

I’ve longed for someone since I can remember, and not a night goes by when I don’t reach for her. It’s been hell having something between my legs, but as my mother would say, we must make the best of what we have and not complain of what we don’t.

This child is not my own, but still the words of possession slip from me: “My baby girl. My sweet baby.” Although I’ve never seen her before, I think I know what she needs: the lights at her hospital bedside dimmed, her loose arms girdled securely against her chest. She has no name except “Girl” and a family surname typed on the identification card at the foot of her crib.

At My Bedroom Window

The night sky outside my window is so watery I want to backstroke into it, sink beneath its silver-flecked surface. I am sad and it is beautiful; in this, we make a good marriage. I imagine my parents up there now. Sometimes I miss them so much I’d do anything to have them back. I keep a large color photo of them on my bureau so they can watch me dress and undress every day. I no longer care if my father sees me naked.

When she looked in the mirror, she imagined herself as someone very different from the person she’d become. Not the sort of woman who was about to purchase a child on a home-equity loan from some poor young desperate thing whom fate had tricked and whose womb had performed the labor of incubation for nine months and who — for financial and emotional reasons, most likely — would be unable to keep the part of her that is advertised as every woman’s greatest joy. What would it mean, this exchange, and how would they explain it satisfactorily to the child, who would “want to know,” as all the books and experts repeated like a refrain? Certainly not as tricky to explain as anonymous artificial insemination, or the donor-egg scenario.