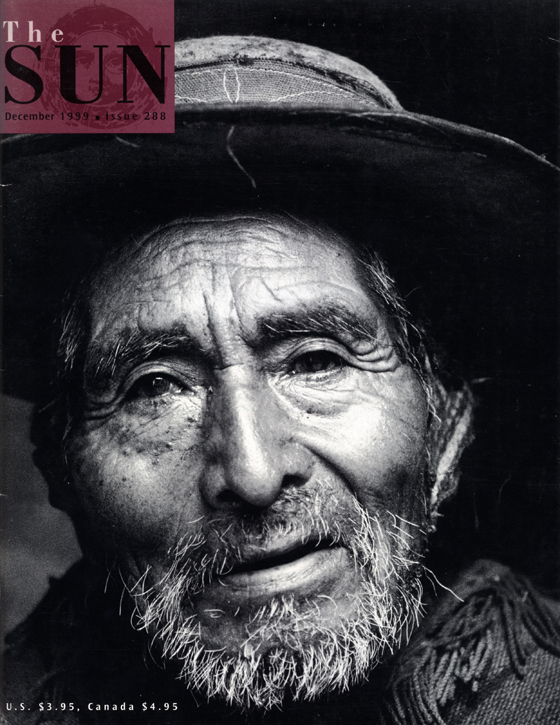 A hundred benzodiazopines, a man in a red ski mask with a long knife, a small hole in a blanket

The Middle Ages hangs over history’s belt like a beer belly. It is too late now for aerobic dancing or cottage cheese lunches to reduce the Middle Ages. History will have to wear size forty-eight shorts forever.

The Desperation Of Rural America — An Interview With Joel Dyer

Five times as many farmers now die of suicide as die from equipment accidents — which, historically, have been the single biggest cause of unnatural death on the farm. And that’s not even counting suicides made to look like accidents: if you’re about to lose your farm and have life insurance, you can crawl into your combine, and your family might be able to keep the farm. Personally, I suspect there are more fraudulent accidents than straightforward gunshots to the head. So it could be that ten or fifteen times as many farmers die from suicide as die from accidents.

And Thy Right Hand Shall Teach Thee

The Littleton massacre won’t go away, and not because politicians and commentators are still yapping about it, but because no one can forget it, and because Littleton has taught some deeply disturbed young people (all affluent, all white, all male) how to make an impact on an America that wants nothing from them but their capacity to consume.

The Trouble With Smitty

Smitty was lying on the seat beside me, getting antsy to exit his holster and have some fun. I told him to be patient. I didn’t want some rancher investigating gunshots. The dirt trail was badly rutted and washed out in a few places. It led me down into a dry creek bed at one point, and if not for four-wheel drive, I’d probably still be there. The windows were down, and I could smell the clean scent of sage.

Fears Of Your Life

By Michael B. Loggins
Essays, Memoirs, and True Stories

Winter Was The Season

I don’t like saying goodbye to the people I’ve worked with at The Sun — not after we’ve spent years together drinking too much coffee and meeting impossible deadlines and struggling to make the magazine better and trying to be better people ourselves. But sooner or later they leave. A spouse gets a job offer in another city, or graduate school beckons, or it’s simply time to move on. We promise to keep in touch, and often we do. So it’s goodbye, but not really goodbye.

Dreams Of The Old Green Man

I was hiding in the bushes one Sunday afternoon when Sucker Boy came running through our courtyard holding up a giant bag of multicolored suckers. This was at the Bellview Apartments, a massive low-income complex that took up half a mile along University Avenue in San Diego, California. Sucker Boy had a long, twisting, whip-snapping line of admirers trotting after him, glossy-lipped Pied Piper children with suckers in their eyes. He was a damp, plump boy with a pinched pastry face and a treacherous smile. He was two years older than me, a second-grader. I never learned his real name. This was about eight minutes before he died.

What Did You Think?

June 2021 In this issue
Browse by Year