Myth: we have to save the earth. Frankly, the earth doesn’t need to be saved. Nature doesn’t give a hoot if human beings are here or not. The planet has survived cataclysmic and catastrophic changes for millions upon millions of years. Over that time, it is widely believed, 99 percent of all species have come and gone while the planet has remained. Saving the environment is really about saving our environment — making it safe for ourselves, our children, and the world as we know it. If more people saw the issue as one of saving themselves, we would probably see increased motivation and commitment to actually do so.

A nuclear power plant is infinitely safer than eating because three hundred people choke to death on food every year.

How would you describe the difference between modern war and modern industry — between, say, bombing and strip mining, or between chemical warfare and chemical manufacturing? The difference seems to be only that in war the victimization of humans is directly intentional and in industry it is accepted as a “trade-off.”

We are impressed with nature’s power, but by projecting upon this power an image of the feminine, the mother, we reassure ourselves — for surely a mother will always be loving toward us, continue to feed us, clothe us, and carry away our wastes, and never kill us, no matter how much toxic waste we put in the soil or how many CFCs in the ozone. The sense of nature as inexhaustible mother encourages us to feel there are no limits to a finite planet, while the sense of nature as benign and ever-loving mother permits us to continue disregarding a crescendo of warnings.

Look twice before you leap.

Condoms aren’t completely safe. A friend of mine was wearing one and got hit by a bus.

The culture has moved to the point where I find myself in the far left without having gone there. I still feel like I’m putting up my father’s old Indiana farmer’s values. I think I’m a conservative. I don’t think these guys that call themselves “conservatives” really are; these guys are high rollers and plungers and bet-the-farm-on-slender-odds guys; they ain’t conservatives. I think a conservative is somebody who cares about conserving the planet and the air and the water and the sky and the sun. It is something mean to say that mankind has fucked up the sunshine.

We must always be on the lookout for perverse dynamic processes which carry even good things to excess. It is precisely these excesses which become the most evil things in the world. The devil, after all, is a fallen angel.

Our noses too, and our eyes and ears, are political instruments, protesters. An aesthetic response is a political action. . . . We know instinctively, aesthetically, when a fish stinks, when the sense of beauty is offended. Standing for these moments — and these moments occur each day, within every airless office building, seated in each crippling chair, inundated by senseless noise and fattened on industrial food — standing for our responses, these aesthetic reverberations of truth in the soul, may be the primary civic act of the citizen, the origin of caution and of the precautionary principle itself, with its warnings to stop, look, and listen.

There is no reason to repeat bad history. 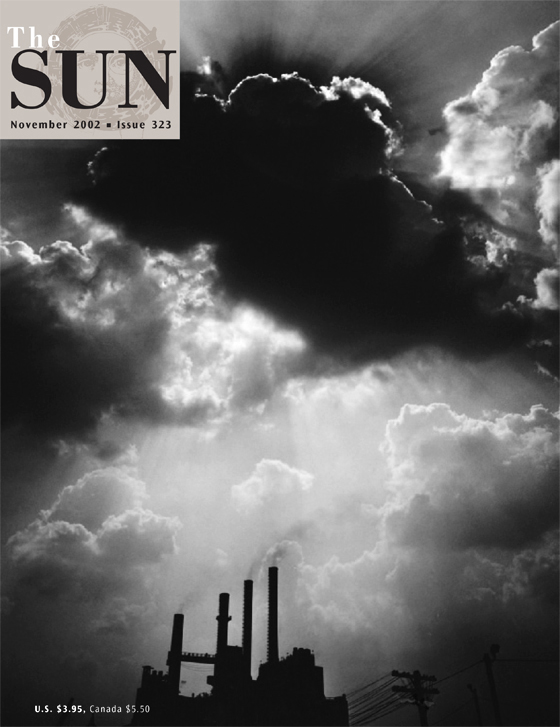