I am having an out-of-money experience.

We think of poverty as a condition simply meaning a lack of funds, no money, but when one sees fifth-, sixth-, and seventh-generation poor, it is clear that poverty is as complicated as high finance.

The poorest people in our country today . . . are earning wages so low that they cannot begin to function in the mainstream of the economic life of our nation. . . . We have thousands and thousands of people working on full-time jobs, with part-time incomes.

All I ask is the chance to prove that money can’t make me happy.

I have a fair amount of money. However, I would estimate it to total less than $50 million. What is that after twenty-two years as head of state of such a big country?

Mobutu Sese Seko, former president of the Democratic Republic of the Congo

How else to describe the new [2001] administration’s legislative agenda — elimination of the inheritance tax, revision of the bankruptcy laws, the repeal of safety regulations in the workplace, easing of restriction on monopoly, etc. — except as an act of class warfare? Not the aggression that Karl Marx and maybe Ralph Nader had in mind, not the angry poor sacking the mansions of the indolent rich, but the aggrieved rich burning down the huts of the presumptuous and troublemaking poor.

What most people don’t seem to realize is that there is just as much money to be made out of the wreckage of a civilization as from the upbuilding of one.

To suppose, as we all suppose, that we could be rich and not behave as the rich behave, is like supposing that we could drink all day and stay sober.

Our dangerous class is not at the bottom; it is near the top of society. Riches without law are more dangerous than is poverty without law.

In her book A Distant Mirror: The Calamitous Fourteenth Century, Barbara Tuchman writes about a peasant revolt in 1358 that began in the village of St. Leu and spread throughout the Oise Valley. At one estate, the serfs sacked the manor house, killed the knight, and roasted him on a spit in front of his wife and kids. Then, after ten or twelve peasants violated the lady, with the children still watching, they forced her to eat the roasted flesh of her dead husband and then killed her. That is class warfare. Arguing over the optimum marginal tax rate for the top 1 percent is not.

This planet has — or rather had — a problem, which was this: most of the people living on it were unhappy for pretty much of the time. Many solutions were suggested for this problem, but most of these were largely concerned with the movements of small green pieces of paper, which is odd because on the whole it wasn’t the small green pieces of paper that were unhappy.

The easiest way for your children to learn about money is for you not to have any.

Most Americans have never seen the ignorance, degradation, hunger, sickness, and the futility in which many other Americans live. . . . They won’t become involved in economic or political change until something brings the seriousness of the situation home to them.

Poverty is not wholly a personal failure. It also represents the failure of an economic system. And the remedy is not wholly one of charity, but of political and economic action. Poverty is a reflection also on those who are not poor.

“There have always been rich and poor,” say the rich and comfortable, “and there always will be.” This, to them, is a self-evident truth; it has all the force of an immutable law of nature. But they are wrong. The division into rich and poor did not exist until very recently in man’s history — only a few yards back on our three-thousand-mile evolutionary walk — nor does it exist among other animals either. It is not, therefore, a law of nature; it is a “law” that man has made himself.

What is rich? Are you rich enough to help anybody? 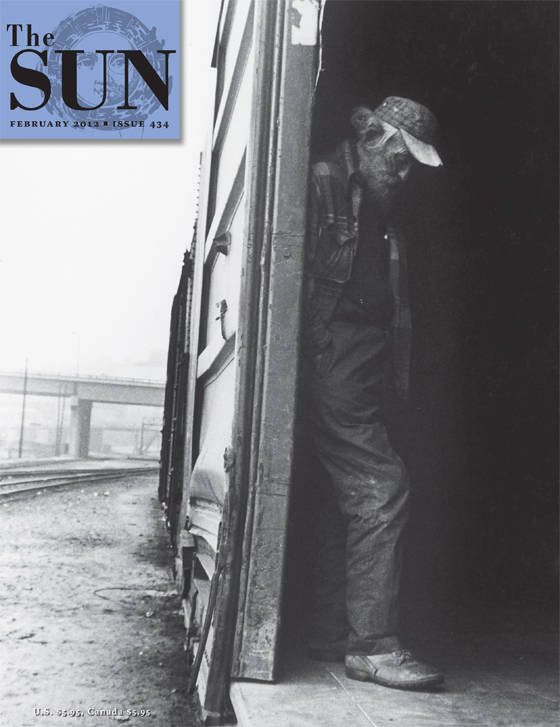 Citizens Of A Broken City

Capitalism And Its Discontents

Richard Wolff On What Went Wrong

No Ears Have Heard