The county jail looked like a tall, forbidding elementary school. Seven stories of dirty-brown brick, one hundred years old and now operating at 330 percent of capacity.

We live in a country that is addicted to incarceration as a tool for social control. As it stands now, justice systems are extremely expensive, do not rehabilitate but in fact make the people that experience them worse, and have no evidence-based correlatives to reducing crime. Yet with that track record they continue to thrive. . . . Only an addict would see that as an OK result.

You can only protect your liberties in this world by protecting the other man’s freedom. You can only be free if I am free.

Freedom is not worth having if it does not connote freedom to err. . . . It passes my comprehension how human beings, be they ever so experienced and able, can delight in depriving other human beings of that precious right.

A cage went in search of a bird.

I don’t like jail. They got the wrong kind of bars in there.

We are all mistaken sometimes; sometimes we do wrong things, things that have bad consequences. But it does not mean we are evil, or that we cannot be trusted ever afterward.

I’ve never had a problem with drugs. I’ve had problems with the police.

Policemen so cherish their status as keepers of the peace and protectors of the public that they have occasionally been known to beat to death those citizens or groups who question that status.

Who thinks of justice unless he knows injustice?

Crimes were committed to punish crimes, and crimes were committed to prevent crimes. The world has been filled with prisons and dungeons, with chains and whips, with crosses and gibbets, with thumbscrews and racks, with hangmen and headsmen — and yet these frightful means and instrumentalities and crimes have accomplished little for the preservation of property or life. It is safe to say that governments have committed far more crimes than they have prevented.

[Lawyer to potential client:] You have a pretty good case, Mr. Pitkin. How much justice can you afford?

From a New Yorker cartoon by J.B. Handelsman

The one thing people cannot bear is a sense of injustice. Poverty, cold, even hunger, are more bearable than injustice.

If we had no faults of our own, we should not take so much pleasure in noticing those in others and judging their lives as either black or white, good or bad. We all live our lives in shades of gray.

So long as every institution of today, economic, political, social, and moral, conspires to misdirect human energy into wrong channels; so long as most people are out of place doing the things they hate to do, living a life they loathe to live, crime will be inevitable, and all the laws on the statutes can only increase, but never do away with, crime.

When I see the “Ten Most Wanted” lists . . . I always have this thought: If we’d made them feel wanted earlier, they wouldn’t be wanted now.

In a free society, all are involved in what some are doing. Some are guilty, all are responsible.

There is no true justice unless mercy is part of it.

We need to forgive and be forgiven every day, every hour increasingly. That is the great work of love among the fellowship of the weak that is the human family. 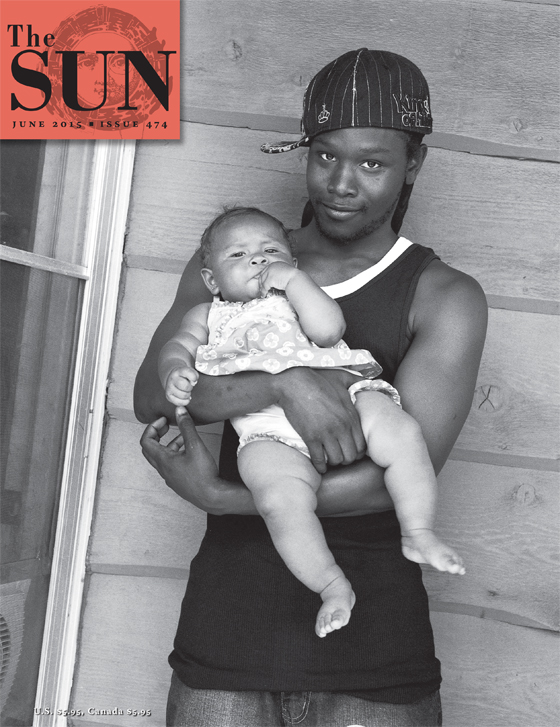 Maya Schenwar On The Failure Of Mass Incarceration

Twenty-Seven And A Half Years

By Gregory Bright with Lara Naughton
The Dog-Eared Page