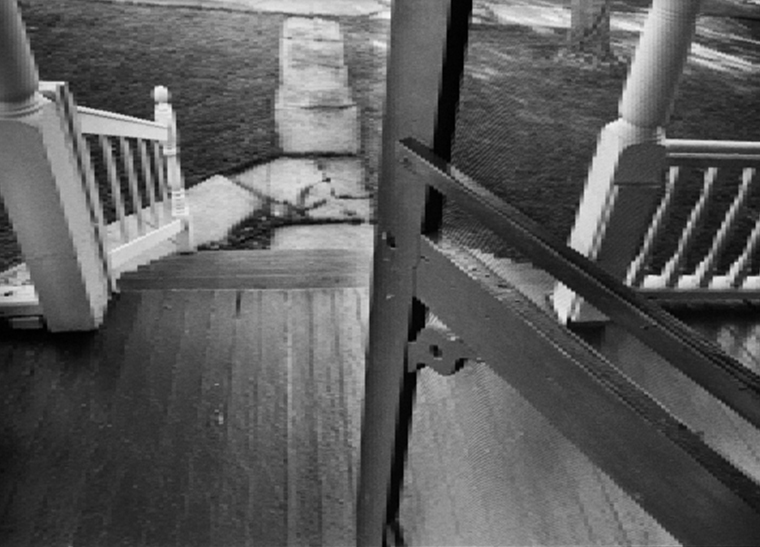 I was working on a documentary project about a section of Route 11 that spans New York State when I stopped at Edward and Mary LaBrie’s dairy farm in Jefferson County, about twenty-five miles from the Canadian border. During that first visit, in 1985, I resolved to do a separate documentary project on this family. Procrastinator that I am, it wasn’t until the spring of 1998 that I finally set out to record their vanishing way of life. 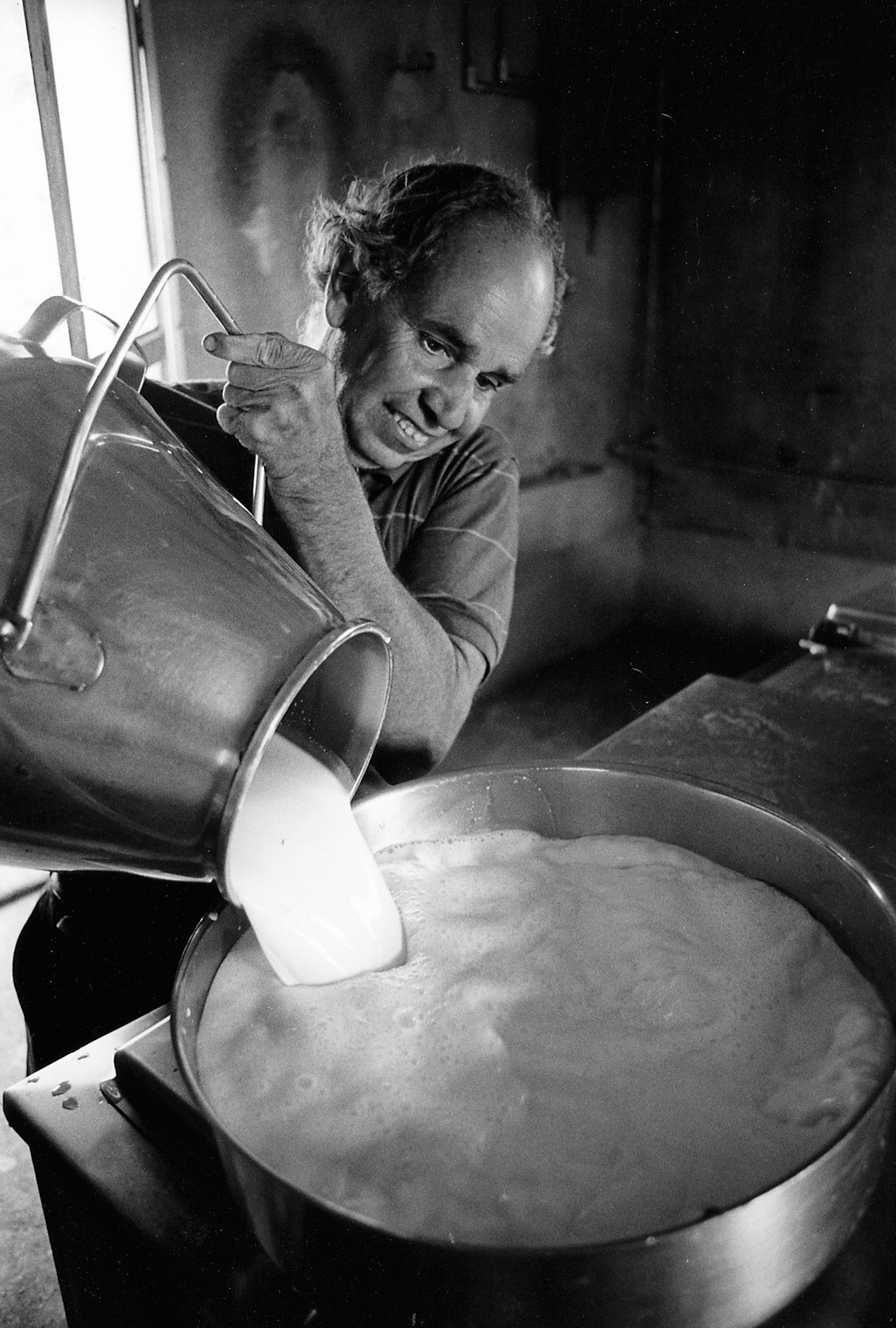 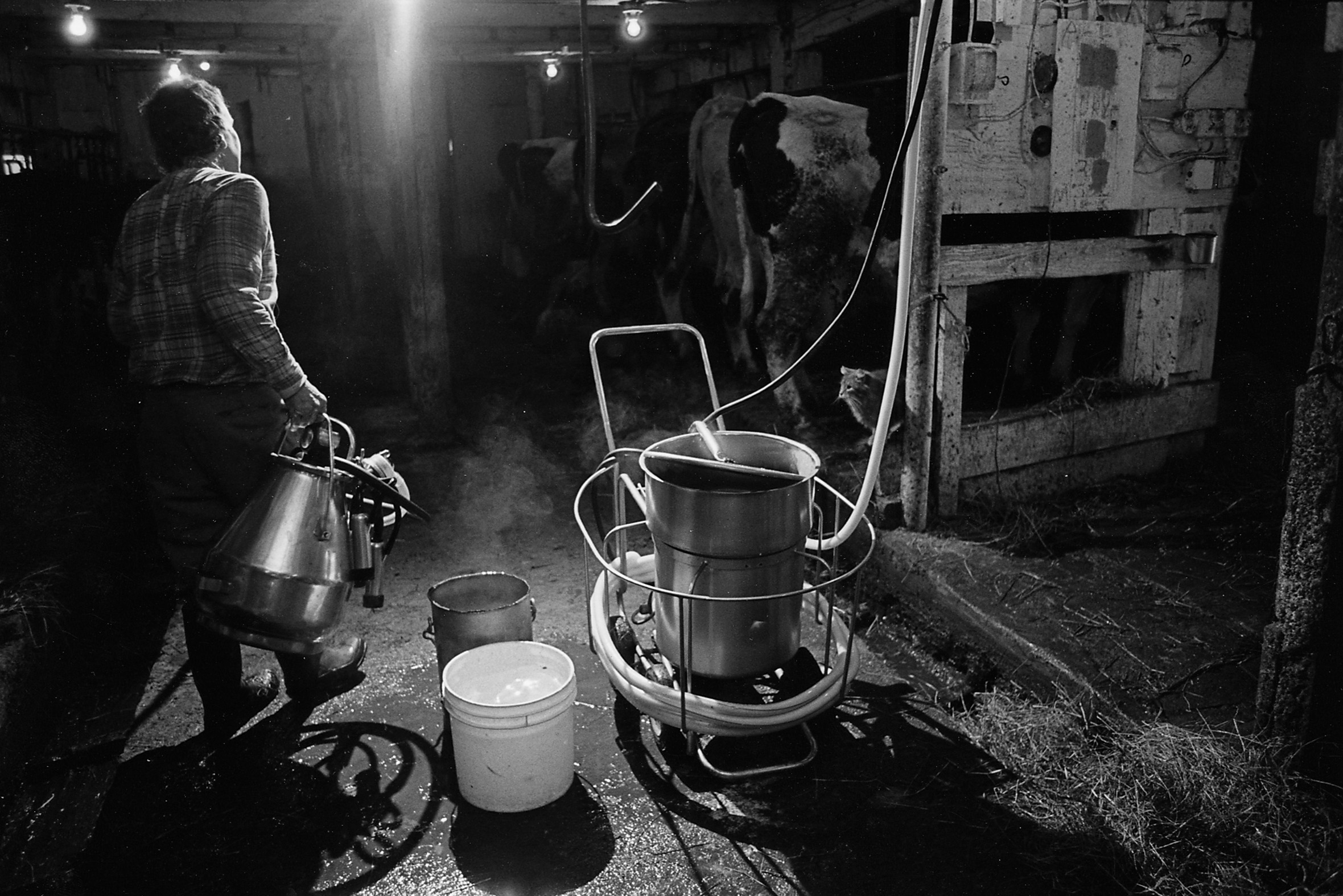 Arthur’s brother Robert is featured here, and at the bottom of the Sunbeams page. Milking is a twice-daily chore that Robert has missed on only two occasions, both times because he was ill. 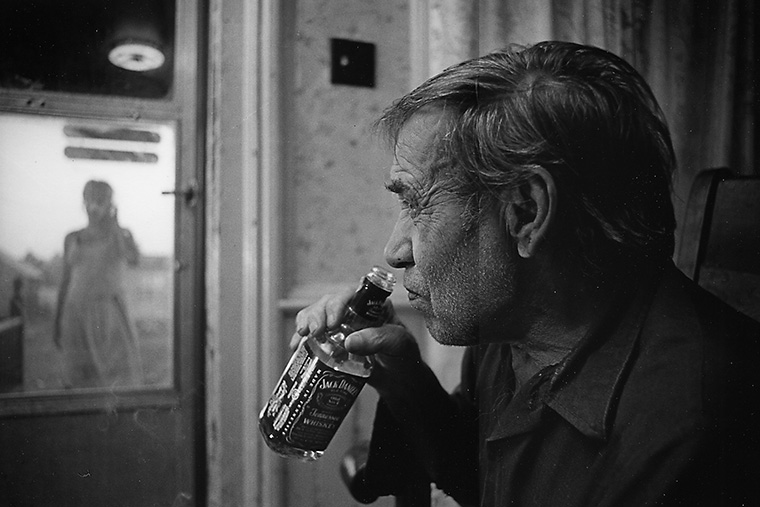 Arthur LaBrie, Edward and Mary’s second oldest son, also appears on the cover and Contributors page. As a young man, he enlisted in the army to see the world, only to find himself thrown into the thick of the Korean war. His experiences in Korea are never far from his mind, and he blames the memories for his heavy drinking. He calls whiskey his “medicine.”

These pictures were taken at a Fourth of July house party. Don LaBrie plays the guitar (bottom right), and Jerry LaBrie the accordion (top left). Jerry has four children, who also live on the farm. His son Ronnie (bottom left) quit school at age sixteen. Ronnie’s skills as an automotive and tractor mechanic are an asset on the farm.

Don brings in some stragglers after a summer shower. 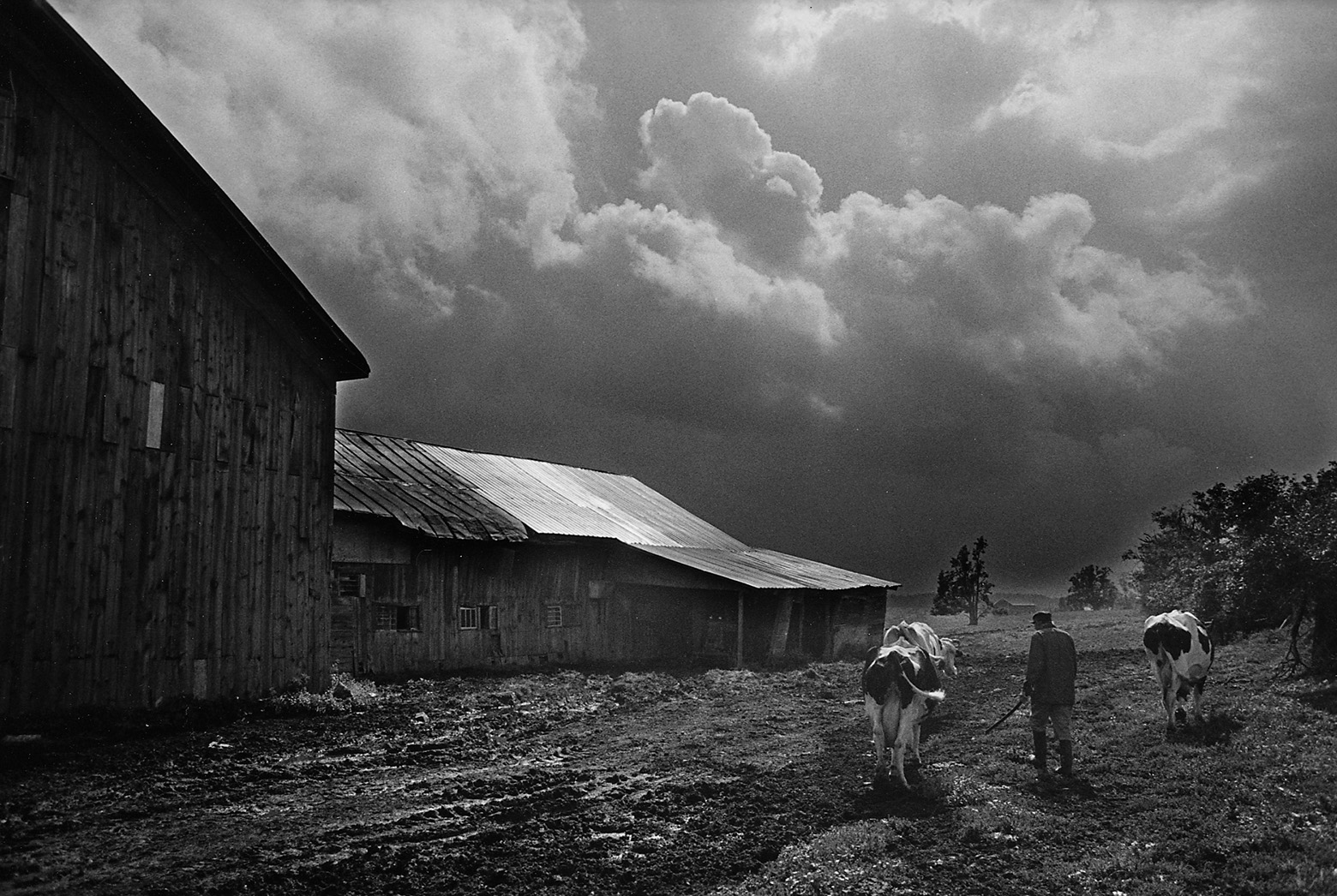 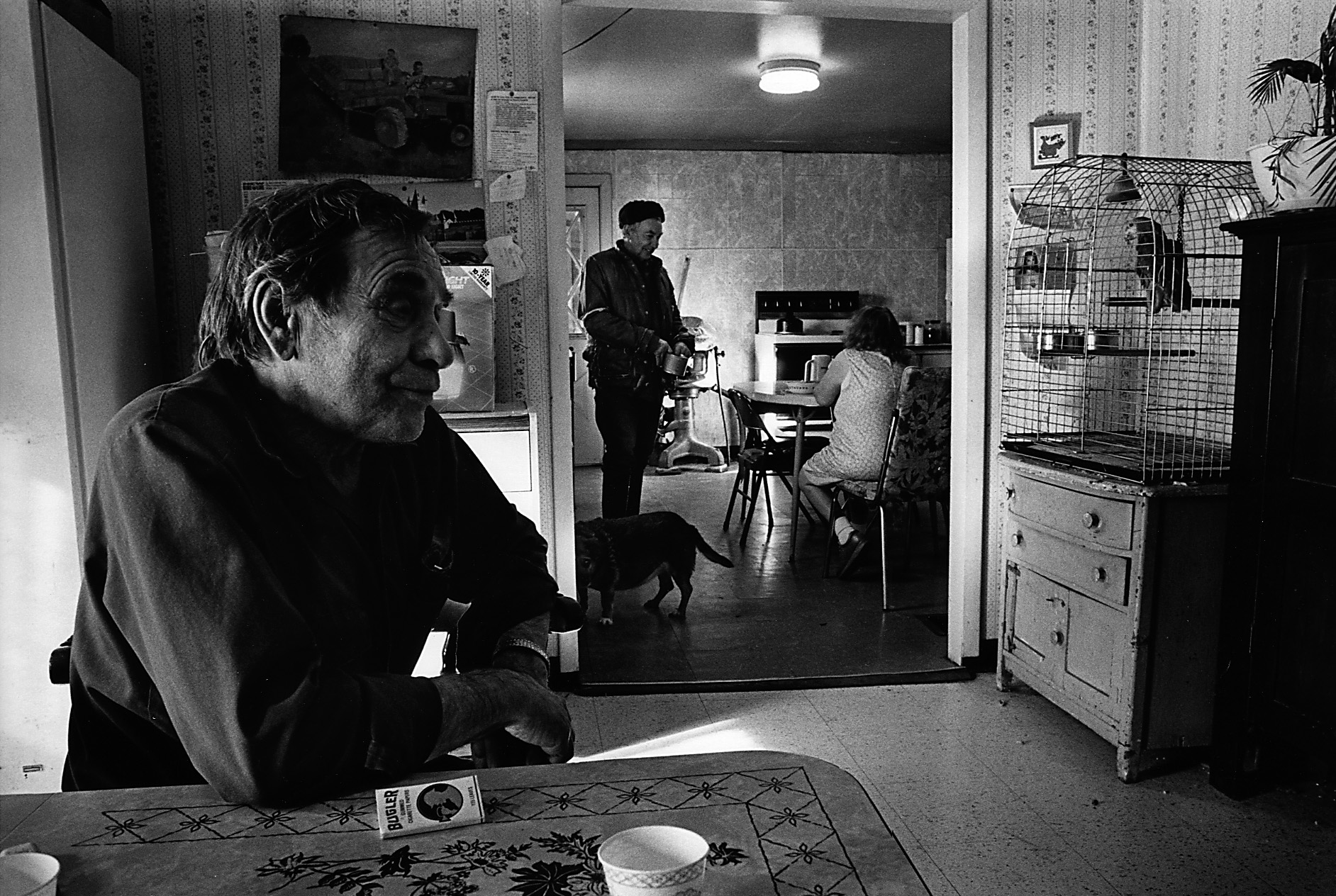 Arthur waits for his brothers to come so they can begin the afternoon milking.

“They are not trying to hurt me,” Arthur says of the cows. “They are just itchy from being cooped up in the barn all winter.” 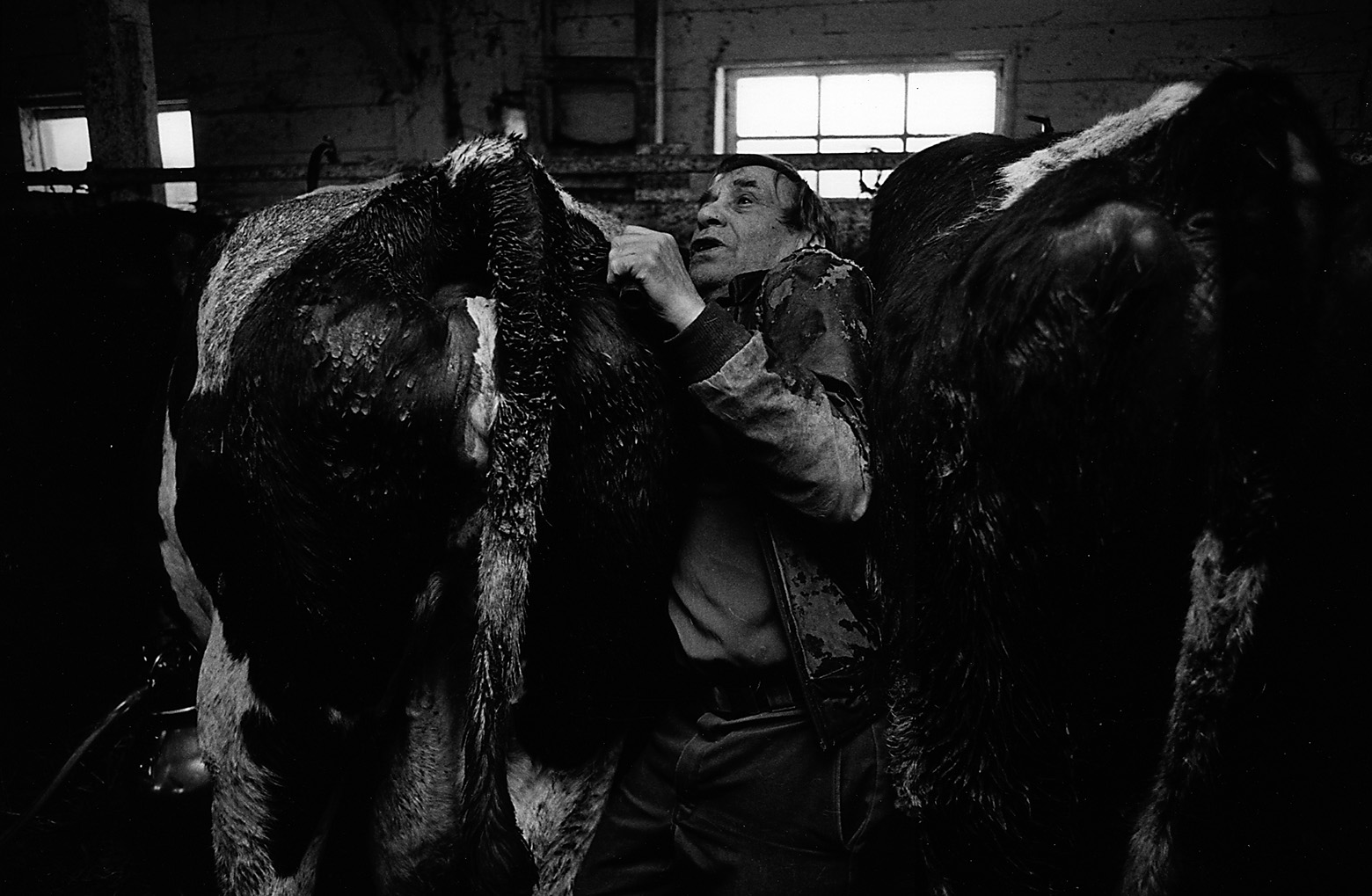 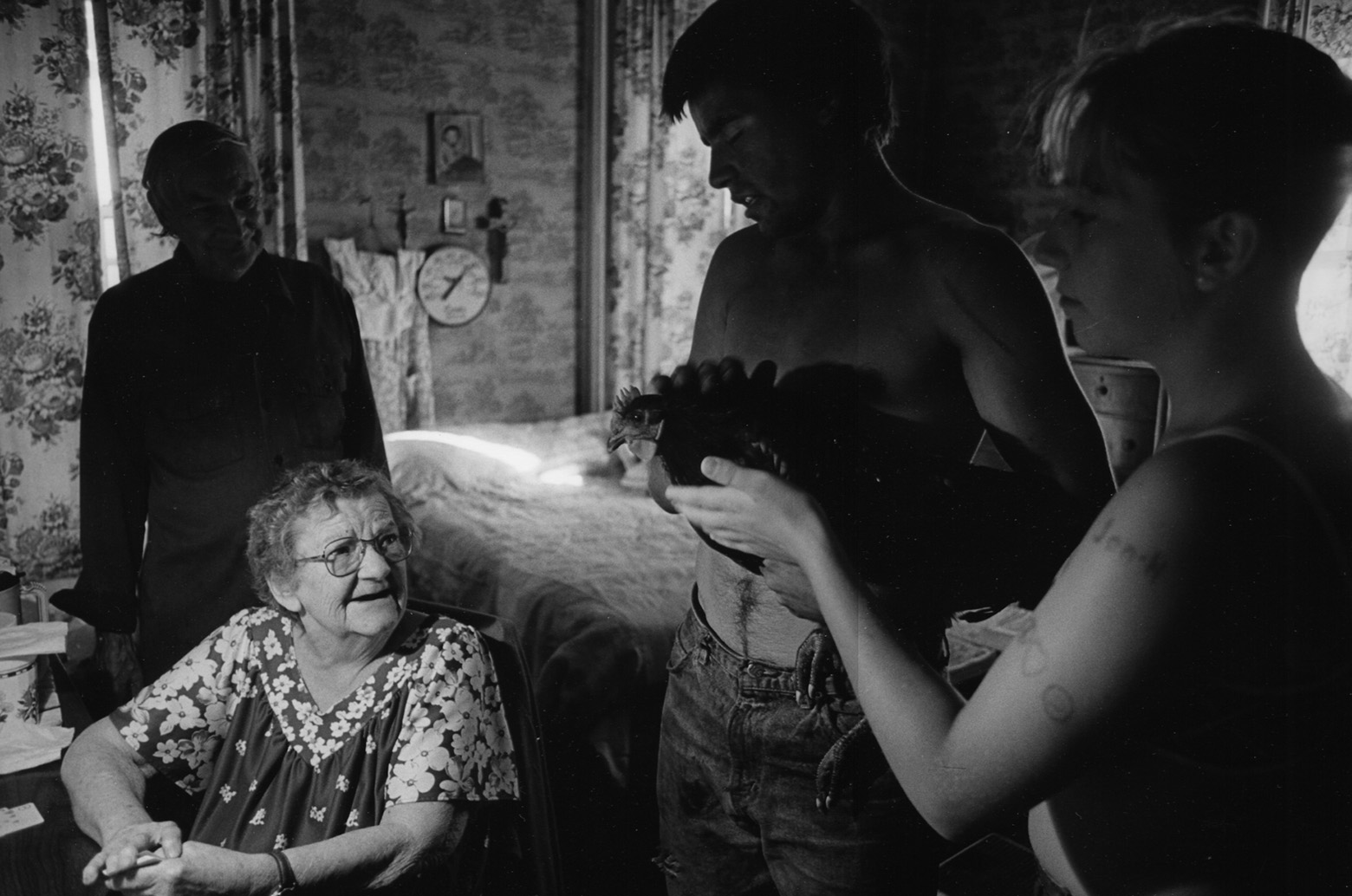 At eighty-seven, family matriarch Mary seldom ventures outdoors, so her grandchildren Jennifer and Jeremiah have brought a chicken inside to show her how healthy-looking it is.