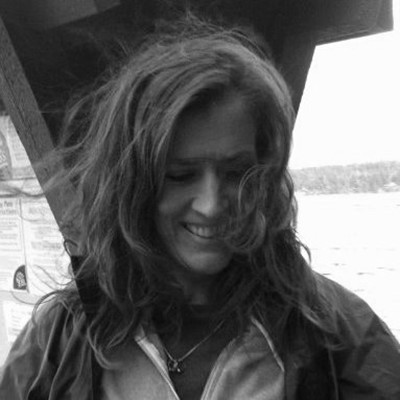 Jessica Halliday hates writing but can’t seem to stop herself. She lives in Spokane, Washington, and teaches at Gonzaga University. Her writing has appeared most recently in Sports Illustrated Online and Better: Culture and Lit. You can follow her on Twitter @jdhalliday12.

Jeff is getting ready to start the meeting, pretending since I walked in that he hasn’t seen me. I don’t blame him for that, but I feel like telling everyone that most of the shit they spout in these places isn’t true. If it were, Jeff wouldn’t be ducking me; he’d be taking me on in front of everyone and forcing the Truth. Where’s your Fearless and Searching Moral Inventory, Jeff?

He was bringing coffee in five minutes, at 6:30. She’d been awake for an hour and now sat on the hardwood floor, blowing smoke into the fireplace so her kids wouldn’t smell it. She’d picked up her cigarette habit again since his last episode, the one that had led to his moving out.

January 2009
What Do You Think? We love getting letters to the editor for our Correspondence section.
Has something we published moved you? Fired you up? Did we miss the mark?
Send A Letter