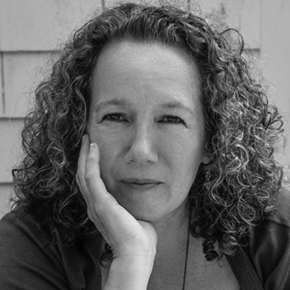 Maureen Stanton’s first personal essay was published in The Sun in 1991. In the three decades since she has published two books, most recently Body Leaping Backward: Memoir of a Delinquent Girlhood. She lives, writes, and swims in Maine.

Everything new disappears, within and without. Alzheimer’s disease is eroding her hippocampus. . . . She has what the neurologist calls “rapid forgetting,” so she lives in a state of evanescence; nothing holds.

The sound of air expanding in my chest cavity and then being forced past the catgut of my vocal cords — that’s the sound my mother heard. It was a frightening, ugly sound, but the grief was pure and clean. Against the thickness of it, the viscosity, my mother would segue from soothing words into stories.

A Summer Of Mowing Lawns

“Murine, is that you?” they’d call from behind the six-foot stockade fence that separated my yard from theirs. I’d come around the fence and see Herbert smiling and Wilda holding a plant. Wilda did most of the talking.

I had known all week that Keith would die that weekend. I knew he wanted me there when he died, not at work, or waiting at a red light, or picking up bread or milk, or waiting in line at the bank. He waited for me.

September 1991
Thank You Your donations helped to keep our ad-free, nonprofit magazine in circulation last year, funding everything from production to distribution. Learn how you made a difference last year. Learn More