Researching The Invisible: A Geometrical Insinuation

When I am awake I call myself a student of the occult. Though occult research is regarded as a profession less respectable than most, it is enough to provide me with an acceptable, if peripheral role in the social body. Given this title to work with, others feel free to drop their lingering suspicion and mistrust of my often a-social behavior. And when they can imagine me engaged in definite, tangible activities, they grant my personality the illusion, even to me, of coherence. As if I WERE, in fact, embarked upon a measured, persistent plan to accumulate knowledge and cultivate my perceptive faculties; as if, given time and dedication, those nascent potentials would finally find mature expression.

But if THEY, who watch, knew what I know — that everything I pretend to wish to know is already known — I would be rapidly excluded as safe and familiar company. This “personal research” which is always sufficient to explain my behavior is in fact a cover for a maddening scheme to trick myself into total recall. There are NO sensible investigations yielding rich rewards, there is NO gradual progression, there is NO sequential growth. I am either inside the sacred sphere of everything I know and articulating sublime thoughts or else I am outside pushing to break in and mouthing hackneyed personal interpretations of the traditional wisdom. Sometimes I am IN — most of the time I am OUT.

My “personal research” is no more than the record of my movements in and out. No more. I am not “learning” anything — rather, indulging in the pleasurable sensations of the rhythm. The basic geometric design defining the space where this occurs — the space whose cyclical change is measured by time — is the dream circle. My position in relation to it is the prototype for the circulation of thought impulses along the circuits of my brain. Within its own context its circumference is blurry and its center is no more than the wake of rhythms that have already passed. As artifact carried into the day it assumes sharply-drawn boundaries and clear-cut functions. Thus what is in fact fossil often seems prior to the original event. The temptation is strong to regard the waking circle as the model for the dream circle.

But the day is an answer to the night and not vice versa. My waking activities are at best humble concessions to and recognitions of the primacy of dream, naive attempts to simulate the pure and irreducible — if seemingly ambiguous — conditions of the space visited during sleep. I am a fool if I believe that sleep brings rest and surcease from the frantic, deadly-serious procession of events during the day. The dream shatters the exhausted equilibrium established by the day and restores imbalance — revealing the kinetic potential of the rhythms the next day might activate or distort or ignore. My earnest meetings and exchanges, my rambling speeches, my dedicated work — all are no more than the sacrifices I offer the dream, imploring it to release even a portion of its vital plasma into the struggling operations of the conscious mind.

The waking eye makes the mistake of all historians living outside of eternity — regards the fossil remains as more fully alive than the event itself. Languorously perusing the dreams after the body has emerged from sleep, it attributes dramatic qualities to the scenes in the dream — as if the timeless upsurgings from the unconscious obeyed the requirements of plot development as we imagine them to be in the physical world. The waking eye recalls the circle as tighter, more precisely delineated than it actually is — believes itself to be learning to discriminate more and more accurately between the light and its shadows, the familiars and attendants of the light. The waking eye — the real dreamer of illusion — recalls the dreamer in his dizzy circumambulation around the ephemeral target and claims that this latest re-enactment is somehow special — quicker, fiercer, more definitive. Are there signs of saturation at the center? The weariness of an intelligence that has finally perfected itself — that involuted swollenness of information just before it cannot bear but to give itself up? It WILL at last blurt out its secrets, bleed them forth!

But no . . . the vision falters with those speculations. The waking eye must not deceive itself, not peer too closely at the dream nor desire too much information — must not expect anything at all, in fact. Haughty, detached, untainted by desire — these comprise the proper attitudes for the eye which would see the invisible: perceiving always in sidelong glances — not sneakily — but uninterested in the ultimate piercing glimpse; in rapid sweepings from right to left, leaving the eye unfocussed; linked with a deeper, sleepier, inert and passive eye, the eye that stares out of the dreamer’s head as he travels through the dream — the eye as amorphous and leaky as the center of the visual field, the dream circle.

The bleeding root at the center: irresistibly magnetic but possessing no shape at all — impossible to find the source of the irritation and attraction. Where the only way to see is to join vision to the invisible: the eye disappearing inside the rhythms of those respirations impossible for it to behold.

When the eye is encircled by the absences of light, a vast and empty organ suspended inside the light it would have surrounded, it may be imprinted by the after-images of intelligences which have not yet assumed color and form. These shadows are the first primitive histories of the future visions.

Until time permits the further interpenetration of the promise of full vision by the vision itself, hallucination sustains consciousness against the fear that it has committed itself to anarchy and annihilation. Cartoons, perhaps, at first — animated two-dimensional pictures precipitating out of the super-charged solution; as a child might create to preserve the essence of his unconscious wisdom concerning his guardian — simple, vivid swirlings of color accumulating around that unspeakable understanding and depicting the boundaries and surface features, if not the ineffable core.

The core itself is called faith — the compact little knot amidst the tumultuous hallucinatory clouds, generating the flow of images but allowing them complete autonomy. There are child-like minds now on public display who have removed hallucination from the authority of faith. They imagine cigar-shaped ships of other-worldly origin, dark, extra-terrestrial male humanoids fecundating the women of earth.

But let us name a hallucination closer to the faith from which the exponents of this hallucination have severed themselves. Let us call the cigar-shaped ships the fusillade of an archangel’s dark plans for redemption, smoky and turbulent, the swiftness and shape of exhaust billowing from engines running on the energies of the stars. No — the core of faith cannot yet be unlocked, the deeds of archangels cannot yet crystallize into the air we breathe. And the child-like minds see them as spacemen with ominous intentions.

Hallucination leads back to its source, faith, as long as it has not been cut loose. Faith forms itself amidst hallucination, borrowing the subtler atoms of the same stuff of which hallucination is composed. So though it is not as readily available as hallucination and does not provide the same immediate sensual stimulation, it shares its building material. The difference is that its informants are not the brain and its pleasure centers. The code by which it builds itself up is of an alien extraction: it administers an entirely foreign system of law.

But I am HALLUCINATING the meaning of faith. Faith is available to me for inspiration but I cannot yet penetrate it. It is more likely that I am describing my own human urge to be where the gods collapse, where the strain of withholding secrets yields to their frail compassion. I am naming my desire for the Illumination itself, the generator of hallucination. I am refusing the very thing I am using, hallucination. Hallucination, which cannot appease, but which is all that keeps me alive while I wait for it to disappear.

I am working blindly, as if my future had already joined me here. My “FAITH”: I do NOT aspire to know what I cannot possibly know — I ASSUME that I already know what I could not possibly know. I am arousing hallucination and then slipping in through the transition from image to image. I am sneaking into the interstices. When the flux is impossibly at rest — the exact moment when one motion has stopped and the next is yet to begin — in that lull between incarnations — there I am working frantically, blessed with the dedication of a dream. In the wake of recently vibrated god names, in the impalpable taste of afterbirth lingering where the light has been disturbed but not extinguished, inside the spasm of a single fibrillation of the heart, is the trauma of a minor but incomplete reincarnation swiftly rescinded — in the instant between the in-breathing and the out-breathing, the shock and dislocation that cannot be recalled — my faith consumes the volatile droppings of sweeping gods; ruthlessly exact, in harmony with the indomitable will. It will no longer stand for the surging forth of color and image. I ensoul that which cannot possibly be granted sentience. I lust for that which can never be given.

No, I cannot see what cannot be seen, now or ever. But I can see the earth where it is punished and exalted by the things that cannot be seen. The colorless bruises. Hallucination beaten down. My faith does not believe in you, Hallucination! I know what can never be known. I do not have to see you.

And I will speak what can never be spoken. I will utter distortions of the names of the gods, I will maim their sacred sounds with barbarous invocations. Thus will others perceive the daily lives of the gods in the absence of my praise, in my insults which reveal the shadows of their awesome love. For my faith will give me my way — that I might exhibit my internal bleeding, that I might demonstrate the gods as they wound and mutilate me. I will go on public display! So my brothers and sisters mistake my sufferings for divine crimes, so they instigate blasphemous repudiations of the gods, so their horrendous blood sacrifices and deluded revolutions in my name place my soul in mortal danger. My gift will be given. I will not die a swollen death. 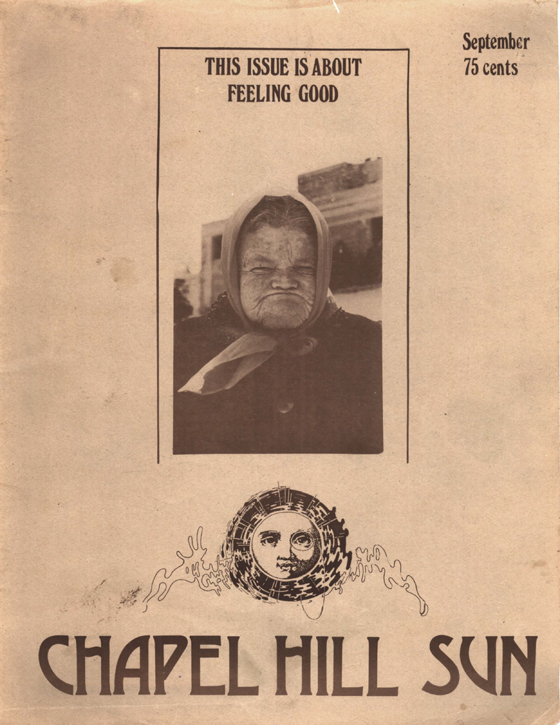 The Education Of Oversoul 7: A Novel By Jane Roberts