When A Home Is Not A House, Or, News From Swamis Local 486

I AM A SPIRITUAL ASPIRANT who has renounced the world. I practice meditation. In order for me to do my meditation I need a cave, a cave which is quiet, secluded, and totally away from people. I am seeking to rent such a cave so that I may do my meditation. This is vitally important and absolutely essential to my spiritual growth. If you know of such a cave or if you can refer me to someone who can help me, please do. I am willing to pay a reasonable amount in order to search for such a cave. If you feel that you may be able to locate a cave, write to me and tell me the details and how much it will cost me, both for the cave and for your services. Again, the cave must be quiet (and in a quiet area, not next to, or near, highways, etc.) and it must be where no people ever go. John Panama. 2736 Bancroft Way. Berkeley CA 94704.

— from The East West Journal

I was born and brought up in a cave. This was in a former life, of course. I remember to this day lying there in a dent in our kitchen wall, only hours after I was born, watching my dad throw stones at the wolves outside.

Now that was a home, my cave. None of this sticks and glass stuff of these days. As far as I’m concerned, nothing will ever replace a cave. We didn’t have to worry about plumbing. There was this hole in this one area — a shaft right through the solid rock. We shit through the shaft and as the years went by a huge pile had been made, and little furry animals used to come to feed on it. Tigers would come after the little animals and we used to try to shit on the tigers’ heads. This is how you get the expression, “Shit on the tiger’s head.” I had my room and my brother had his in the cave. Mother slept with my cousin, Bruce. Dad was often with Delmora and Phyllis, who he had snatched out by the big stream one day. Uncle Tom was with Aunt Virginia and Three Sticks. Social relationships were, of course, different back in those days. We had a cave cat, a real cat, named Arnold. At night, we would sit around the campfire and sing songs and do crossword puzzles. Sometimes wild revelry would abound, particularly after big rains.

Throughout the early years Uncle Tom was a functioning alcoholic. He made his liquor by keeping apricots he would pick in the summer in a pit in the cave containing water and a good many impurities. He would drink this slime and walk around drunk.

Uncle Tom made it big in the dinosaur fighting trade. He used to hire himself out if you had a dinosaur hanging around your cave that needed to be fended off. This is probably why Uncle Tom insisted on being drunk.

Uncle Tom would head off to work in the morning, with a trusty club, and come back at night, tired, bleary-eyed, and with a scared look. But from the piles of primitive money with which he was paid he eventually was able to buy a fairly classy cave for himself, with a view of Mt. Hokey Pokey, which was still erupting in those days. He didn’t take Aunt Virginia with him. He did take Three Sticks, though. Three Sticks is a pig. I mean a real pig. As a young boy, I would go visit Uncle Tom’s cave. It was the envy of everybody who lived in the caves in our neighborhood. There were what you might describe in these times as “built-in” cabinets, no sliding drawers or such, but quite convenient little slots here or there where people could leave their loin cloths and axes.

In the city of New York, for instance, they live in what they think are little shelters in a big building, a warren of little shelters, but a fire goes off on the bottom shelter of all these shelters and who is sheltered?

A house is more of a shelter. But how long does a house last? And does it really give you a shelter if there is a tidal wave, for instance.

Now a cave can handle a tidal wave. I remember one time, it was this big mess concerning Noah, you know the story, well did it rain and rain. All of us up in our caves were sitting high and dry.

Uncle Tom couldn’t go out fighting dinosaurs. Indeed, many of the dinosaurs were wiped out, except those with big necks, and Uncle Tom’s business showed a definite drop after the sun finally came out again. It was a crappy time. We all had what we called the Deluge Blues. I myself was not too bothered as I was fooling around with my Aunt Virginia through most of it.

Once in this life I tried to build a log cabin. Now this is the easiest way to get a rupture that I’ve ever seen. Logs are so heavy it is not funny at all.

My advice to you is this: find a comfortable cave. You don’t need a big cave, you don’t need a cave with a perfect view. Just find a cave with some charm, a cave you dig, settle down, make yourself a fire, do a little partying, and watch out for bossy bears. 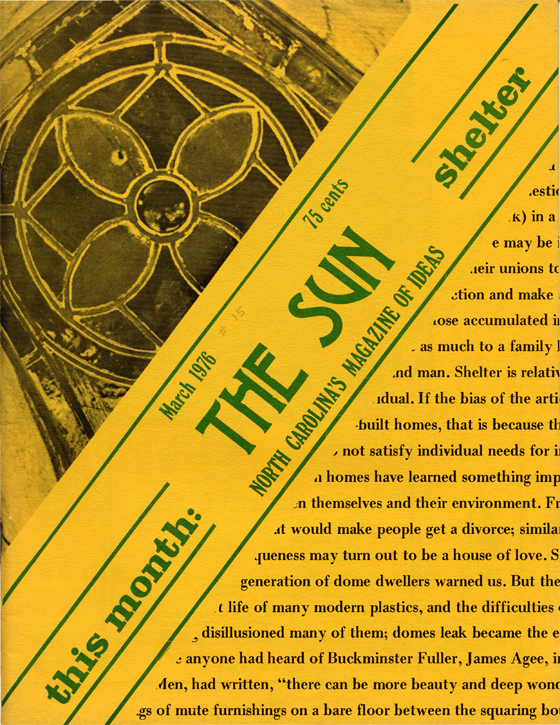 Memories Of The Sea

The Fantasy And The Reality