There was a tiny figure far off where the road came into view from under the brow of Blue Hog Hill. Sarah Jane was sure it was he. It had been nearly six weeks since he had last ridden by on the black mule. Even on such a great beast he looked tall, lean but with muscular arms and broad shoulders.

Sarah Jane tried to suppress the fluttery feeling that swept through her at the thought of him riding by just beyond the fence rails, looking at her with a faint hint of a smile, raising his broad-brimmed hat with a nod of his head.

“Pshaw, now, Sairy Jane,” she told herself sternly. “Stop being foolish. He’s just a polite stranger who rides by to do his buying at the settlement. Who know how many younguns he totes those victuals home to every time he goes by. He must be at least twenty-five years old.”

She looked at the trousers she was trying to set another patch on, and sighed. There was hardly room between the patches to put another, but Pa needed them. She took up her needle and tried to keep her eyes from straying to the road where the small shape of beast and rider grew slowly larger.

It was spring; the air was soft and filled with the fragrance of new leaves uncurling on the trees. With the world so beautiful, Sarah Jane thought, life should be easier and with more things to pleasure a person.

Her days were spent largely alone. Ma had been dead these four years now, her brothers married and on places of their own, and Pa gone from first light to last. Little housekeeping was necessary to care for the two rooms, the loft, and the lean-to summer kitchen. There were the beds with their patchwork quilts, a table, two chairs and a few benches, Ma’s rocking chair, a row of pegs for the meager assortment of garments. Kitchen equipment was sparse: an iron pot on its hook in the fireplace, a trivet and kettle — the spider crouched on its three legs at the edge of the ashes — and a few dishes and utensils on a wooden sideboard.

Then there was Ma’s little round-topped trunk, which stood to the left of the fireplace. Against the day when her only daughter would begin married life, Sarah Jane’s mother had filled it with hand-hemmed sheets and a delicately stitched quilt in the wedding ring pattern.

Above the trunk, in a rack high on the wall, rested two small, exquisite plates, their intricate pattern of blue vines and flowers framed by a tracing of gold on the outer rims. They had been her mother’s precious possessions, brought to the marriage packed safely in a barrel of flour, placed in the plate rack, and never used. Perhaps once or twice a year, as a special reward, Sarah had been allowed to hold one and trace its sinuous pattern with a reverent finger.

“They belonged to your great-grandma what you was named fer,” her mother would say in the ritualistic repetition of their origin. “They come all the way across the great sea on a big ship, brung by her ma, and they never got broke.

“Someday, when you marry and git your own place, Sairy, I’m gonna give them to you, so’s you’ll have something beautiful to look at like I’ve had. Lord knows, there ain’t much in this life that’s beautiful. Not everybody has a treasure.”

Her mother’s rough hand would slide lingeringly across Sarah’s fair hair. Sarah would think of that other Sarah Jane, and wonder if that long ago girl’s life had been as hard and bare as her mother’s life seemed to be: toiling in the garden patch and in the fields, hauling water, cooking in the smoky fireplace, sewing and mending by candlelight, and the endless birthing of babies, so few of whom survived infancy.

Life had seemed fine to Sarah Jane when she was small. She had brothers to play with, school sometimes, good cornbread and fried fatback to eat, and a gentle mother to tell her the old family stories and tales of fairies and goblins.

Now life flowed like a smooth, unchanging river of time, one day indistinguishable from the next. Pa seldom talked with her, even when he was in the house. He would come in from the field, wash his face in the horse trough by the barn, eat the greens and bacon she placed before him; he would go to his bed and sleep till the sun peeked over Blue Hog Hill again, then go out with hardly a word. Pa rarely asked her to help in the field except at harvest time.

With just herself and Pa to do for, Sarah Jane had little to occupy her aside from piecing quilts, sewing, mending, tending her garden and a few reluctant chickens. In good weather, she often sat out by the barn, reading aloud from her mother’s tattered Bible to a few inquisitive birds, loving the sound of the majestic phrases.

The chink of a horseshoe on a stone brought Sarah Jane out of her reverie with a start. He was at the fence line, the great mule shining in the afternoon sun, bags of flour and sundry other necessities swinging rhythmically to the animal’s steady pace. In confusion, Sarah Jane rose from the front stoop where she sat with her mending, the patched trousers sliding from her lap to the hard-packed earth about the doorway.

The stranger looked at her with large gray eyes. In her surprise, she returned his look without the usual shy dropping of her gaze. His hand went to his dusty hat, raised it, and for the first time she heard his deep voice, “Miss Sairy, I bid you good day.”

The blood rushed to her cheeks, her hand came up in a little flutter, and she heard her own voice replying, “And a good day to you, sir.” And he rode by, on down the road, and out of sight beyond the barn.

Her thoughts whirled round and round. Miss Sairy. He called me Miss Sairy. How does he know my name? He must have asked in the settlement. To ask, he had to think of me more than just when he was riding by. Why does he want to know my name? He spoke my name and wished me good day. But what is he called — how can I learn it?

She sank back to the doorstep, took up the trousers, and sewed furiously, with the rosy flush dying slowly out of her face.

That evening as Pa sat at the table with his eyes on the plate of mush and beans he was eating, Sarah drew up the other chair and sat down across from him. “Pa, did you ever mark the stranger that rides by to the settlement? He rides that big black mule.”

To have Sarah speak to him at supper was such a remarkable deviation from the norm that Pa paused with his spoon halfway to his mouth. He pondered the question, smoothed his beard with his free hand, and cleared his throat. “Rightly b’lieve I have.”

Sarah twisted her fingers in her lap for a moment. “Have you seen him in the settlement?”

Pa chewed deliberately for a while. “I have.”

“Have you — have you. . . .” Sarah struggled with the words. “Have you heard what he is called?” She gulped, then with a rush of explanation, “He rode by today, wished me good day, and — and called me by name. It just made me wonder, that’s all, Pa.” Her cheeks burned.

Her pa laid down his spoon and peered at her through squinted eyes, as if he were not exactly sure who she was. He looked at her straight, light hair in two long braids, arched brows over the lowered lids with their fringe of long, pale lashes, pink cheeks dusted with brown freckles.

“Lord, girl, if you don’t look like your ma.” The statement breathed out of him unawares. He stood up and reached out a calloused hand as if to touch her cheek, then let it fall to his side.

Sarah looked up at him, her round hazel eyes shading to green in the fading daylight. “Pa, do you know how he’s called?”

“John.” He looked at her, then at the round-topped trunk and the delicate blue plates in their oaken rack. His shoulders sagged. “John Tracy, he’s called.” 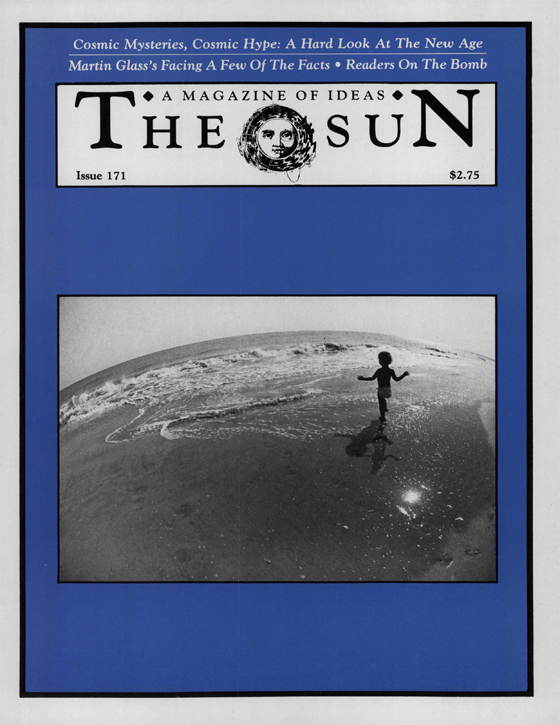 A Hard Look At The New Age

What I Have Guessed