During the national conventions I watched as little of the Democrats and as much of the Republicans as possible. The motives for this allocation of viewing time were more subtle than an anticipation of the well publicized dust-off that Ford and Reagan were expected to have in Kansas City. In my mind there was no doubt that Gerald Ford would emerge the Champion. The only moments of suspense I experienced came from the faint possibility that John Dean, once White House Council, forevermore convicted felon and temporarily cub reporter for Rolling Stone, would be gang-mauled and dismembered by die-hard Nixon loyalists while George McGovern gave thousand to one odds he had no intention of paying off.

“A mauling by die-hards? That would be easy. I know where we could raise them. BUT,” (spoken into a light fixture) “THAT WOULD BE WRONG,” to paraphrase the Prince of Darkness. No, I watched the Republicans for other reasons.

Perhaps it had something to do with the opportunity to view a spectacle even the colossal might of the Holy Roman Empire could never choreograph: Christian sundering mad dog Christian. Perhaps. More likely I watched because of the sheer, naked evilness of the event: One half of the two party system, representing only twenty percent of the registered voters and a far smaller portion of the possible voting population, denounce and vilify a numerically superior legion of disenfranchised poor and hungry as the single greatest threat facing the nation.

And from their viewpoint, who can find fault with this conclusion? They control both houses in but 4 of 50 states, 13 of 50 governors are Republican, 38 of 100 senators and 145 of 435 representatives in Washington pledge allegiance to the GOP. Representing the interests of the party, the convention was in fact, the tip of the ice cube, battling against the tides in a warm sea of discontent.

As a small and shrinking minority, they have developed a siege mentality. It is perhaps more accurate to claim that circumstances have pushed them into a philosophy consistent with their life-style. They have circled their condominiums and whatever energy remains to them is used to obstruct rather than build.

Surprisingly, the GOP invites attack. It boggles the mind; imagine Custer giving Sitting Bull the finger. Yet their party platform, a veritable monument to special interest and privileged class, was written with only themselves in mind, the 20 percent.

And thus they oppose: Busing to correct racial imbalance, wage-price controls, present welfare and food stamp programs and any reorganization that failed to reduce them, federal registration of firearms, abortions, national health insurance, guaranteed annual income. Unemployment is to be left to the private sector, in fact, the overall intent of this document makes it clear that the only legitimate function of government is collecting taxes and spending them on the B1 bomber, increasing the Army to 16 divisions, adding to the Navy whatever is needed to insure no adversary will gain superiority, and restoring the effectiveness of the intelligence system. Business and private initiative will handle all other problems.

Not exactly a vision to gladden the hearts of blacks or the poor. But, what of the rest? How will Middle America respond?

I read that the typical U.S. wage-earner now makes approximately $14,000 a year, which is used to support a family of four. I also read that this typical cypher enjoys but a “moderate” standard of living, has trouble making ends meet and that only his or her health stands between barely keeping ahead of the finance charges and utter destitution.

These people are the repositors of the American Dream. I state this without condescension. They have always believed in the inherent justice of the American Economic System; you work hard and things get a little better each year. You work hard all your life and your kids end up a little better off, they begin their journey from a higher rung of the ladder than you did. They are not rich, but what is vastly more important, they are not poor.

The Dream is now foundering against the hard realities of recession and inflation. Instead of the sturdy ladder, the path to success is now a sand dune and the vested middle is struggling just to stay in place.

The outcome of the election in November depends upon which party the vested middle perceives as being able to return order. Who can return the Dream? The Republicans offer constitutional amendments, against busing and abortion and to re-establish prayer in the schools. Issues that probably concern the middle, but are hardly designed to put the economic system back in order.

Their economic policy, in fact, centers around the maintenance of the status quo. They hope to woo the middle and at the same time use it to counter the demands of the poor whose aspirations for a decent home and school and job are portrayed as both the major threat to the continuance of the vested middle and the reason the Dream has faltered. As though the only opportunities and resources available for those on the bottom belong to those in the middle. As though the privileged class has already fulfilled its social obligations.

The Republican platform, in and of itself, is simply a nasty little screed, conceived in a moment of disappointment by the forces of Reagan. The monster off-spring of the reactionary right, it is loved only by its parents. The very wealthy and the very poor might as well have written the opposing platforms. For both there is clearly no choice: The poor will vote for the man who promises to give them a break; the wealthy will vote for the man who promises to help them keep the ones they already have.

The middle, though, only wants things to return to what they perceive to be normal. Both parties promise to do that, of course, but one will do so at the expense of the rich, the other at the expense of the poor. Thus, the middle is in a position to give Ford the edge or Carter a landslide. We know now what they will vote for; what we will learn is who they hold responsible for the faltering Dream. It is a decision that will affect all of us for years far beyond the contested term of office. 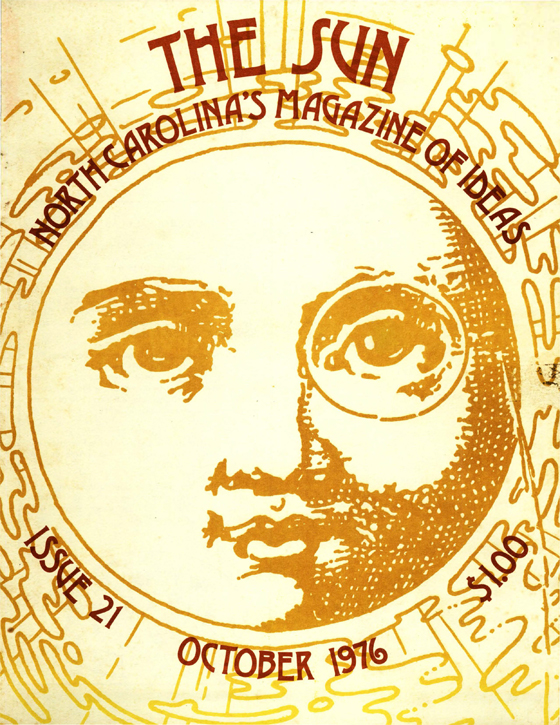