I didn’t hear the word vulva until I was thirty. Instead I grew up hearing about it, my private parts, my down there. My mother and grandmother used Italian slang to refer to it: pesciuscia. Once, in Italy, my sister went into a market with my grandmother and asked the man behind the counter for some pesciuscia instead of prosciutto, which is the Italian word for ham. My grandmother smacked my sister in the head and walked out red-faced and empty-handed.

My grandmother wore a garter belt and stockings, but no underwear. Sometimes we’d visit Jolly Roger’s Amusement Park; when we went to the restroom, she’d lift her skirt above her hips and squat over the toilet. I thought the hair was gruesome, the gaping, pink, protruding center dense with blood mysteries I’m beginning only now to understand. Mother told me, “Before her hysterectomy, Grandma had only one ovary, so it was a miracle when she conceived me.” At the time, it made me think there was something freakish about her.

I never saw my mother’s vulva when I was a child, so I naturally assumed she didn’t have one. This made her perfect in every way. She didn’t have what Grandma had — no black mass of tangled hair, no gaping, raw, red-hot, sagging flesh.

As for me, I used to stimulate my young clitoris through my cotton panties when I was in bed. I wouldn’t slide my hand underneath the elastic band. Touching myself meant getting that “nasty” smell all over my fingers. It meant feeling wet and hot. It meant wildness, being eaten alive. (Today, I can’t resist putting my moist, scented fingers to my nose and breathing in.)

Several months ago, at my sister’s house, after my husband and I got out of the shower, our niece and nephew came into our room. We were wearing towels, and Jim’s fell down. Their eyes immediately fixed on his penis. “Eeew,” cried Diana, who is four. Her two-year-old brother, Robert, was equally disgusted and fascinated. I told them Uncle Jim’s penis is beautiful, and Jim let them look. When they’d seen enough they turned to me and said, “Now you.” I opened my towel, but my vulva and breasts weren’t nearly so startling; they’d seen their mother naked before.

I wondered if they thought, as I once did, that adults are dirty because they have pubic hair and bulging flesh. I told Diana she’d look like me one day, and she shook her head. But the longer they saw our naked bodies, the less intrigued they were. It was already old hat. No mystery.

There is still so much they do not know. Diana will have to unlearn the lie that her vulva is dirty. She will have to learn to celebrate her genitals with the same enthusiasm she now has for Christmas, when she and her brother excitedly open their presents.

When I was twenty I had an older lover who once sat me down in front of a mirror, spread my legs, and pointed. “Clitoris, labia majora, labia minora, urethra, vagina, anus,” he named. Though I thought my genitals were ugly, he liked them. When he buried his face in me, he wasn’t doing it to be nice. He savored my scent and told me he liked it lingering on his mustache. He could taste me at work, he said. It made meetings at the district attorney’s office move faster.

Once my lover pointed to a small red smudge on the side of his penis and said, “Bad boys get this from bad girls.” Though he was scrupulous about naming parts of my anatomy for me, he neglected to tell me about herpes.

My first outbreak brought fever and a lesion in my throat that was so severe I couldn’t eat solid food for weeks. Years later I found intercourse with my husband painful. We avoided sex and held the secret in our hearts.

It took ten years to ask for help. We learned that my husband had the virus too, but he was asymptomatic. Why, I wondered, did I have outbreaks?

Finally it became clear that they were symptoms of a disease beneath the disease: sexual shame. Once I found a way to let some of that go — to look between my legs and appreciate my genitals — my symptoms began to disappear. 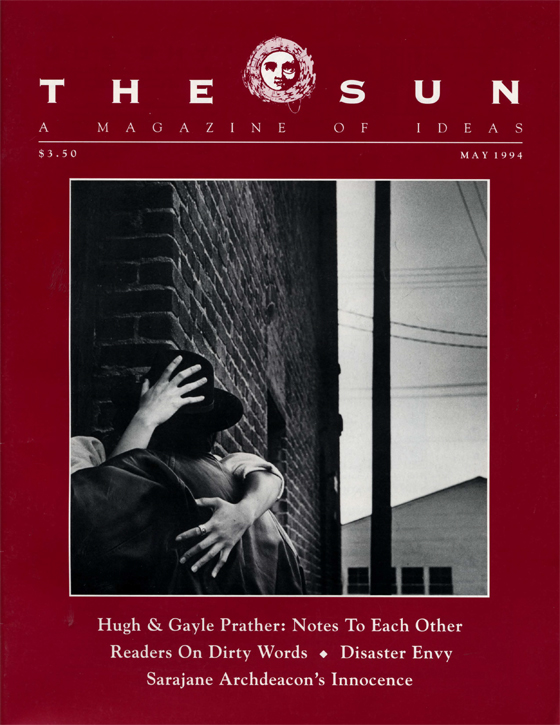 It Starts With M