What does education often do? It makes a straight-cut ditch of a free, meandering brook.

Prayer gives a man the opportunity of getting to know a gentleman he hardly ever meets. I do not mean his maker, but himself.

A little boy came home and told his mother he had gotten first prize in an examination. The question had been “How many legs does a horse have?” He had answered, “Three.” When his mother asked how he had gotten the first prize, he replied that all the other children had said, “Two.”

Realism is a corruption of reality.

Whatever our point of view or frame of reference, the world is richer and more amazing than we realize. All frames of reference are limited. All points of view can be supplemented by further experience under new and various conditions.

The first rule of intelligent tinkering is to save all the parts.

I asked Ring Lardner the other day how he writes his short stories, and he said he wrote a few widely separated words or phrases on a piece of paper and then went back and filled in the spaces.

That’s the way things come clear. All of a sudden. And then you realize how obvious they’ve been all along.

They will say you are on the wrong road, if it is your own.

Everywhere I go I’m asked if I think the university stifles writers. My opinion is that they don’t stifle enough of them. There’s many a bestseller that could have been prevented by a good teacher.

Both class and race survive education, and neither should. What is education then? If it doesn’t help a human being to recognize that humanity is humanity, what is it for? So you can make a bigger salary than other people?

In the late 1600s the finest instruments originated from three rural families whose workshops were side by side in the Italian village of Cremona. First were the Amatis, and outside their shop hung a sign: “The best violins in all Italy.” Not to be outdone, their next-door neighbors, the family Guarnerius, hung a bolder sign proclaiming: “The Best Violins In All The World!” At the end of the street was the workshop of Anton Stradivarius, and on its front door was a simple notice which read: “The best violins on the block.”

The way to get things done is not to mind who gets the credit for doing them.

There are some things which cannot be learned quickly, and time, which is all we have, must be paid heavily for their acquiring. They are the very simplest things and, because it takes a man’s life to know them, the little new that each man gets from life is very costly and the only heritage he has to leave.

For my part, I believe that the vainglorious and the violent will not inherit the earth. . . . In pursuance of that faith my friends and I take the hands of the dying in our hands. And some of us travel to the Pentagon, and others live in the Bowery and serve there, and others speak unpopularly and plainly of the fate of the unborn and of convicted criminals. It is all one.

Feeding the hungry is a greater work than raising the dead. 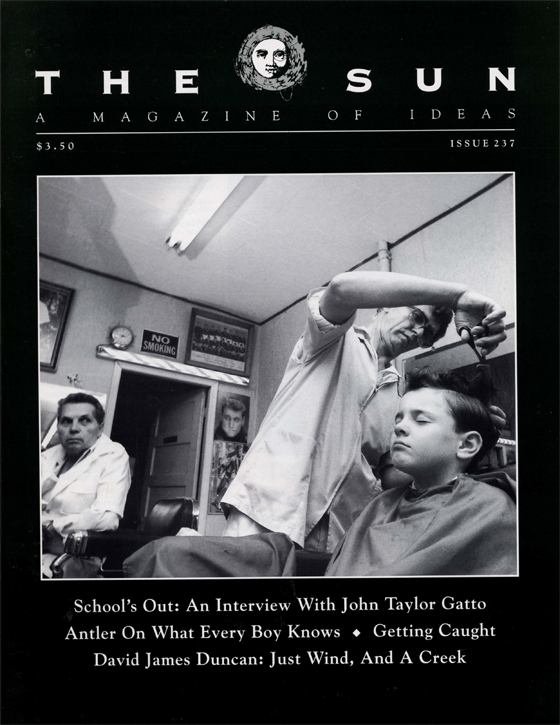 Just Wind, And A Creek