Saving The Hunter From The Rabbits

Surely among the most overlooked little tidbits to appear in the news last year was the revelation that the window glass in the Oval Office is three inches thick. Just a one-line filler stuck on the bottom of page 27 of the Daily Rag. Straightforward, investigative journalism at its best. Three inches. Standing between the man of the people and . . . what else? . . . the people.

Tidbit two. When Secretary of State Henry Kissinger attended professional baseball games he was surrounded by an unobtrusive legion of tan-suited, ex-quarterbacks-cum-Secret Service Agents. He watched the game, they watched everything else, including the ball. As an uncontrollable object it must have played on their minds. To such a degree that Dr. Kissinger, recipient of the Nobel Peace Prize, de-fuser of international powderkegs, ex-escort of Marlo Thomas, was ringed by a bevy of steely-eyed hombres wearing catcher’s mitts.

Catcher’s mitts! . . . ? If this seems kind of silly, try firing a fastball in the good doktor’s direction some time. On second thought, let me retract that. A circle of grown men wearing catcher’s mitts suggests either a great goof or deadly serious business and I don’t want to leave myself open to charges of inciting to beanball.

Windows three inches thick and squads of superbly coordinated young men willing to make utter asses of themselves for your benefit are two of the perks, or prerogatives of high office. Two of the smaller ones, to be sure, but perhaps more important and pleasurable because they teeter so close to the ridiculous. After all, lots of people live in big houses, drive fancy cars and even more than a few have their own airplanes. Owning a rhinoceros is more extravagant than having a pussy cat, but in the end they are both simply pets.

During his presidency, Lyndon Johnson once arrived at Andrews Airbase to fly off on some mission or another of contrived importance. In the hurgle-burgle of scurrying aides, tooting bands and flapping flags, he made a bee-line towards the wrong helicopter. A young officer overtook him before he had boarded and stammered, “Mr. President, this is the wrong aircraft.” He probably added “Sir!,” but this is mere conjecture. Lyndon abruptly halted, half-turned and gave the flustered young man a stern once-over before replying, “That’s all right, son. They’re all my airplanes.”

Lyndon understood power: There is no point in having it unless those under you understand what it means to have none. He was partial to taking off his shoes during Cabinet meetings and putting his stockinged feet in the lap of the nearest aide. You or I would have trouble pulling that one off with our dearest friend.

All of which leads me to a question that has been on my mind for years. Why is it, with a press corps not above peeking through the keyhole into the executive boudoir, that no enterprising journalist has stood up at a press conference and asked, “Mr. President, are you having fun?” It seems like a perfectly reasonable question. If America isn’t the shiniest train a boy ever got for Christmas, I don’t know what would be.

I think it has something to do with all the talk that is bandied about on the “grave responsibilities” and “awesome weight of office.” This is a clever smokescreen. I think presidents are having the time of their lives. They have an eighty million person workforce paying the rent, a handsome salary, three squares . . . what the hell? Life could be worse. Life generally is much worse, but presidents have lots of people whose main job is to make sure they never see how the perkless live.

Flash to Election Eve: I have the bright idea of staying up until all the votes are tabulated. Ten hours of the collective wit and sophisticated humor of Walter Cronkite and Eric Sevareid. Obviously, I hadn’t thought this thing through, or more likely, I have done something terrible that I subconsciously want to be punished for. As a lapsed Catholic there is at least the consolation these hours will be credited to the time I will spend in Purgatory.

Yet, if I’m a little bored by the mock drama of New Jersey’s totals changing from three to four percent, Walter is clearly struggling. Stumble, stumble, “Let me correct myself.” He is tired and with a start I realize he is less a national father figure than a grandfather up way past his bedtime.

Walter was a correspondent during World War II. A brave reporter who covered the Allies greatest defeat of the war, the Battle for Arnhem. Landed by glider amid German anti-aircraft fire and took his chances for the big story. Tonight he is in the trenches again, the merciless barrel lens of a camera pointed straight at his head. Tired but tough, he’ll stick it out until the last precinct in Lunatic Fringe, California, reports.

By his side, Eric the S., America’s least quoted political analyst. I love Eric. Any man willing to appear on coast to coast news nightly and embarrass himself solely for my amusement, can’t be all bad. How to explain . . . Imagine Paul Harvey eating Quaaludes instead of Cross-roads; imagine the Chipmunks played at 16½ rpms. Reducing the inane to the imponderable and nearly passing his slowness off as dignity. Eric imagines himself as a very serious fellow; a gourmand of the American Feast with a weighty mission: move that great, national baked potato, the middle-class, to the right side of the plate.

And he is in rare form tonight. Carter is off to a huge lead. It is one that will narrow as the midwest vote begins to come in, but now he is far ahead and Eric, suffering from the restraint of “objectivity,” is trying to hold himself together. Show me a gambler who bets on come-from-behind horses and I’ll show you a nerve-shattered rascal. The best he can manage is a glum appraisal of our recent past: national horrors, peaceful transition, orderly election. The system works.

The system works? Consider the emphasis. Is it “the system” or “The System”? One encompasses the structures and strictures you and I must live within; the other a special framework, less a framework really, it is more amoeboid, boundaries compliant to the surge of the endoplasm, it protects rather than restricts.

The System works. Gerald Ford is the evidence. The Prince of Darkness residing in palatial splendor in California, his unelected surrogate about to be farmed out on an easy quarter million in pension and perks. Jerry has not seen a perkless person since the Prince wrongly guessed that the nation would not run him out of office if he had a vice president suffering from a serious lack of motor control.

Oh, boy! I bet that makes you mad. I know it is un-American to pick on rich and famous people when they are a little down on their luck, but altogether too many paeans have been sung about Jerry’s humble integrity. History will be less kind, comparisons with the Prince hard to avoid. He will be recorded as a shadow of the evil he replaced, a badly blurred carbon copy, as slavish in his devotion to special interests and privileged class as he was suspicious and mean to the disenfranchised. In the final analysis, the classic pretender to the throne; enchanted with those who crowned him, solicitous toward their power, humble in their presence, his integrity demanding they be repaid for honors bestowed.

Living proof that The System works. Five years ago the steel industry could wow him with free trips to Disneyland. Windows three inches thick have distorted his vision, magnified his perceptions. His price has gone up. A quarter million a year. Two years spent vetoing supplemental school lunch programs as inflationary equals two hundred and fifty thousand dollars each remaining year of his life.

Hoh, boy! Does The System ever Work. Stepping into the void our saviour promptly agitated for an extra billion to prolong the agony of Vietnam, encouraged the kidnapping of its orphans and directed an air, sea and land attack against Cambodia that killed more Americans than it saved. That was his entrance. If nothing changes, The System works. A new cast, the old script: Hubris in homespun. The second act of “Four More Years” and a couple million votes shy of twelve continuous seasons of narrow vision and low horizon. Eight years of outrage leading, full circle, back to insult: Gerald Ford and Robert Dole. A heartbeat away from being equally incompetent.

Robert Dole. The System not only works, it has a sense of humor. Truly a noble cast to occupy center stage during our 200th birthday, the Bicentennial birthday present to big business. Both pledging allegiance to smokestacks and spreading the reactionary Word like an oil slick polluting water.

“Watch out for the poor! They want to marry your daughter.” The Word: Anything that the poor want must come from the middle-class. The rich have somehow at once been bled dry while remaining wealthy. The Word: Richness is a higher, more noble order warranting the concern of us all. The Word: Protect the hunters from the rabbits.

Gerald Ford has done his best and having lost, The System prescribes that he join them. And considering his own humble origins, why should he not love the hunters? He has joined them by believing in the Work Ethic. The Two Years Work Ethic. He did it! All it took was hard work and an Act of Congress.

I wonder, though. If the poor could do better, could rise up but for a lack of gumption and hard work, ah . . . why doesn’t the middle-class become rich? Not putting down hard-working, averagely affluent people, you understand, just wondering why their non-journey from modest means to opulence is more difficult than the struggle from nothing to a little of everything? Jerry was carried up the ladder, but for the rest of us, why is the jump from the middle to the top as uncommon as the leap from the bottom to the middle?

A question this new President may address in short order. At any rate an end to this eight-year slide towards turning America into a private hunting preserve: less spending, but larger subsidies; individual freedom, but massive campaigns of domestic surveillance. A nation in which Law ’n Order is no longer a means, but the rigidly defined end.

Jimmy Carter will be hard-pressed to do worse. He would have to be smarter than he appears to to do worse. A conscious effort would be needed. He is dumb. He appears more afraid of people like Earl Butz and Clarence Kelley than of foreigners he has never met. Downright dumb. More afraid of those who would “destroy our village in order to save it.” More afraid of the hunter than the rabbit. 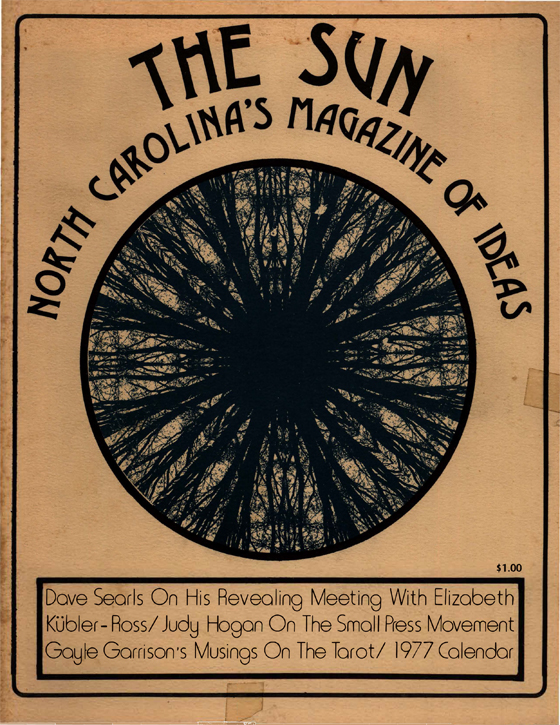