The Rules Of Corporate Behavior

Voices of clarity and sensibility are rare in this (Mis)Information Age. Noam Chomsky [“The Common Good,” November 1997] and Jerry Mander are two such voices.

Chomsky and Mander can be heard above the din of today’s confusion, expounding on the many insidious aspects of the corporate structure. While I agree with much of their writing, there is one aspect where I feel they are either horribly mistaken or dangerously enlightened: their shared view of corporate CEOs — today’s conquistadors.

Somehow I feel uneasy with Chomsky’s notion that “it’s the job that should be questioned, not the person.” This allows these avaricious barracudas off the hook too easily for my tastes.

Likewise, when Mander states that corporations are “largely autonomous entities,” and that “the corporate structure is at fault,” I am left with the sense that some vague apparition is responsible for the clear-cuts, strip mines, cultural annihilations, and dead streams. It is not an intangible structure that destroys ancient forests and civilizations in the blink of an eye; it is the murderous desire of the colonial heart, which feels entitled to conquer and possess. It is not just a matter of profit, but goes into the deeper realms of power and control. While the forms may change to suit the times, the greed remains the same.

Perhaps it is my own need for a pound of flesh, but I believe the rapacious bastards who make these corporate policies (knowing all too well the devastating consequences) must be held fully accountable for the crimes they commit.

Jerry Mander’s “The Rules of Corporate Behavior” [December 1997] got me thinking that, whenever I choose to invest in a stock or a mutual fund with the main goal of maximizing my return on investment, I’m participating in — and, in fact, encouraging — the evils he writes about.

Jim Guinness Newton, Massachusetts
More Letters
What Do You Think? We love getting letters to the editor for our Correspondence section.
Has something we published moved you? Fired you up? Did we miss the mark?
Send A Letter 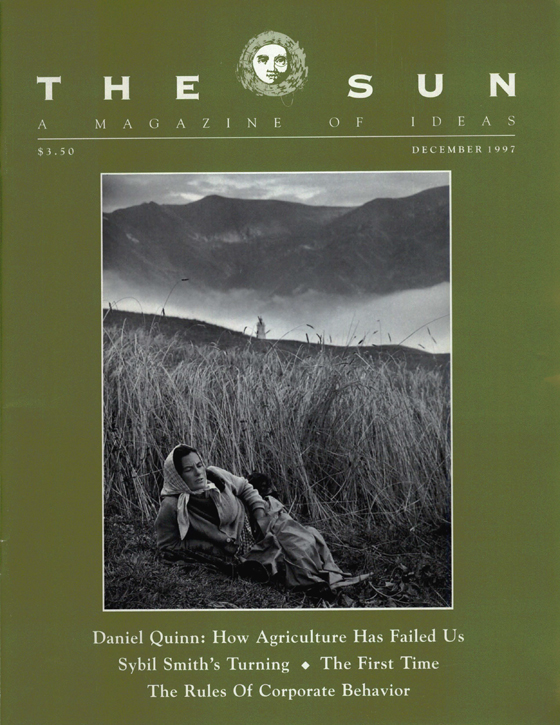 The Band Plays On

How To Find Him