The Sun has rarely done anything I truly hate, until now.

I hate that you published Marvin Schwartz’s photograph of an infant boy about to be circumcised by his Jewish elders [January 1998]. This photograph was nestled amidst other prayerful photographs of Jewish life, as if it were somehow equally holy. The baby lies peacefully in the arms of an old rabbi, oblivious to the fact that he is about to be sexually mutilated without his permission, by people who supposedly love him, in the name of some ancient “covenant with God.”

Indeed! No God I know would require me to sacrifice the foreskin of my clitoris against my will.

Would you have published a photograph of tribal African women holding a little girl about to be ritually circumcised? And if you did publish such a photograph, would it have been presented as just another lovely aspect of African life? Perhaps you join many traditional Jews — and many non-Jewish Westerners alike — in thinking that involuntary circumcision for boys is different. If so, you’re in need of some education.

If you’re truly interested in showing the truth, then how about publishing a photograph taken five minutes later, when the baby’s foreskin was being sliced off?

Cat Saunders Seattle, Washington
More Letters
Thank You Your donations helped to keep our ad-free, nonprofit magazine in circulation last year, funding everything from production to distribution. Learn how you made a difference last year. Learn More 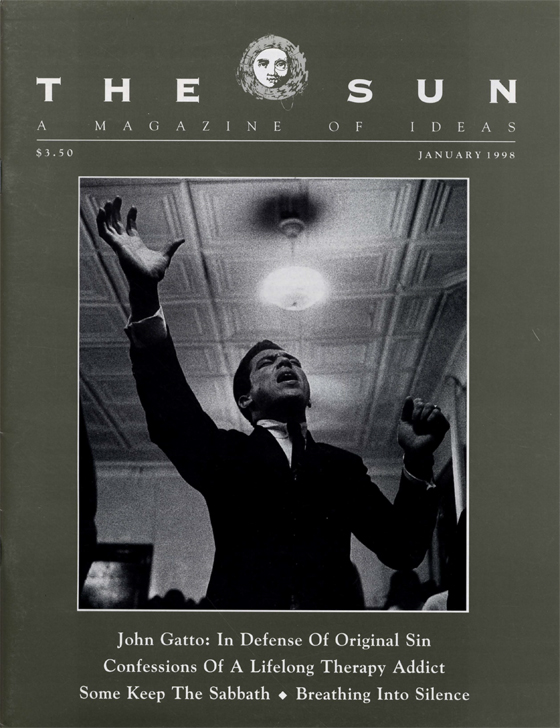 When My Father Runs Out Of Words

Some Keep The Sabbath