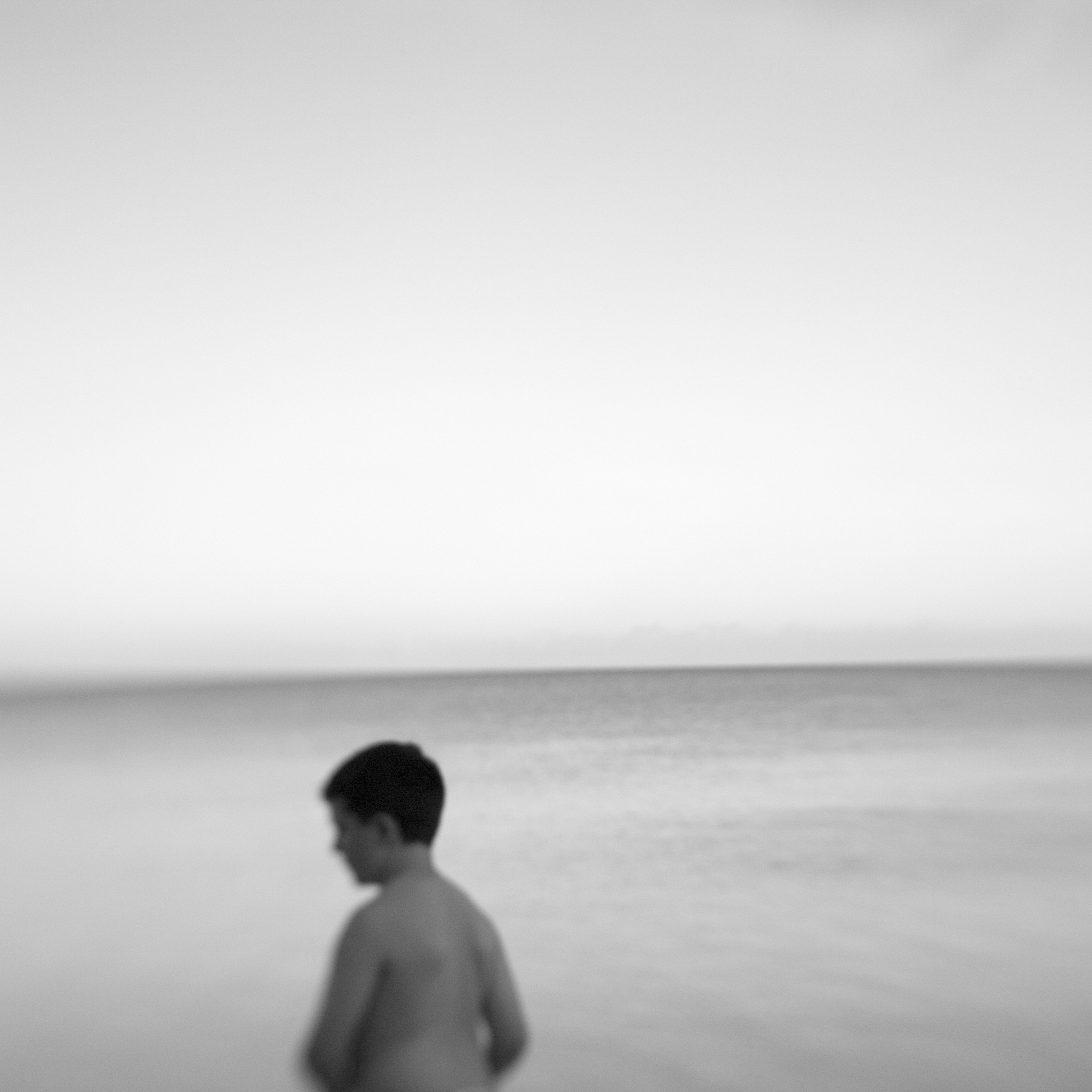 All you know is how sunny it was — so bright you could hardly see — and how the old man kept trying to tip you back into the stream, the water electric and cold, old Mr. Griswald saying not to worry, his hands on your shoulders, him standing in the water behind you, you this little kid, nine or ten years old, that voice of his strange and far above, saying not to worry, saying just lie back, saying he has you, he has you.

This is going to be a terrible story. You can feel it coming already — that sinking sensation you get whenever he returns to you like this, old Griswald, right out of central casting, that lonely old man who lived across the street from your childhood home, the two of you entertaining the idea of space travel under the shade of his porch, your mother at work in the afternoons, your father who knows where: the Elks, the Lions, the Legion hall; it doesn’t matter anymore. The boy — you — old enough to take care of yourself now, right? Only an hour before your mother gets home from work. You can always run over to the neighbors’ if something bad happens. Can always call the department store if you have to.

And what’s so wrong with wandering over to the old man’s yard, anyway? He’ll appear with ice-wet bottles of soda, happy to see you, quick to invite you onto the porch and show you whatever he found while rummaging in the basement the night before: an accordion, a windup-clock mechanism, an old telephone with magnets and coils of copper to salvage. Any boy would have kept going to that porch; any boy would have made friends with such a man, the slats of sunlight through the trees, that transistor whir of insects in the bushes.

One day you’re leaping from those porch steps, lost in a heap of musty parachutes, the cloth shushing like clouds around you, soft and billowing, the old man telling you how he was a pilot, how he flew in the war and was wounded, bits of metal still embedded in the scars, slivers of gray he can pull from the skin of his elbow, shards he keeps in a baby-food jar, a jar he shakes like a rattle at you. Parachutes one afternoon, swing sets in the park the next, old Griswald coaching you to pump your legs, swing higher, hollering at the moment of weightlessness at the top of each arc, asking if you can feel it there, and there, and there. And you traipsing into town with the man, that hair of his all thin and gray as an opossum, the library ladies knowing him, the man scuttling around to the racks of newspapers and magazines, the heavy tables near the windows, his reading glasses thick and filmy and bent half out of shape, the man breathing loud and slow through his nose stuffed with steel-wool hair, his hand shaky as he turns the pages of an encyclopedia on the table, reading an explanation of light to you, calculating your weight on each of the planets. On the moon you’d weigh eleven pounds; on Jupiter more than 160. In space you’d float weightless. Mr. Griswald mussing your hair to start you home before anyone starts to worry, a whole pile of books in your arms, books about astronauts and satellites and planets and rockets and dark empty space, picture books with maps of the moon, charts of the stars.

Somewhere along the line you must wonder aloud to him if it’s possible — if you really could travel in space someday. The old man’s teeth are so yellow they look green in the light when he smiles, his hand on your shoulder as you walk together, old Mr. Griswald saying anything’s possible. He’s kind to you, isn’t he? Maybe you remind him of someone; maybe it’s that receding chin of yours. Whatever the reason, you arrive in his yard like a lost dog, and he calls you “kiddo” and hands you a glass of iced tea and asks what can he show you today, promising to get you ready for your departure from earth’s gravity, the old man training you for what he believes will be your future, your destiny, your ultimate escape.

All you remember is how sunny and warm it was, the old man explaining how astronauts trained in water, how you could approach weightlessness this way, lying back in the stream, the sun bright above, the stones slippery, the old man standing in the water behind you, saying not to worry, he has you, holding you by the wrists, saying he has you. And this many years later — everything and everyone dead and gone or who knows how many miles from here — you’re still not sure what he’s trying to do with you exactly. Even now you worry what you’re feeling as the water strokes your back and legs. Even now you wonder — probably nothing at all, just an old man trying to be nice to a boy, a lonely man, a lonely boy, the sun so bright you can hardly see, that cold, mentholated feel of the air after you get out of the water, after you get out of the stream and start home, this little kid crossing the street in his underwear, this little kid carrying his clothes in his arms, sensing something is wrong, something about that hangdog look of the man, this skinny little boy hurrying across the lawn on tiptoe.

And this boy — you — never told anyone what happened, because maybe nothing happened, maybe it was nothing at all, and now, years from that time, maybe it’s still nothing, maybe there’s no reason for the man to keep returning to you like this, maybe it’s just an accident the way this story won’t lie still for you, the way you can’t seem to lay the old man to rest in your mind, your father calling him “just a scrubby old queer,” half loud enough for Mr. Griswald to hear, you pretending not to see the man on his porch, you feigning distraction as you walked past the old man’s house, old Griswald waving for you to come over, you almost not even noticing him, as if he had never been in that house across the street, as if you’d never watched that house of his in the moonlight, those yellow windows awake at all hours of the night, those rooms unable to fall asleep either, no one having to know about this boy lying in bed, this little kid not existing at all, those nights not existing, nothing happening, and nothing still happening — nothing happening forever, right?

A New And Fervent Domesticity Has Seized Me