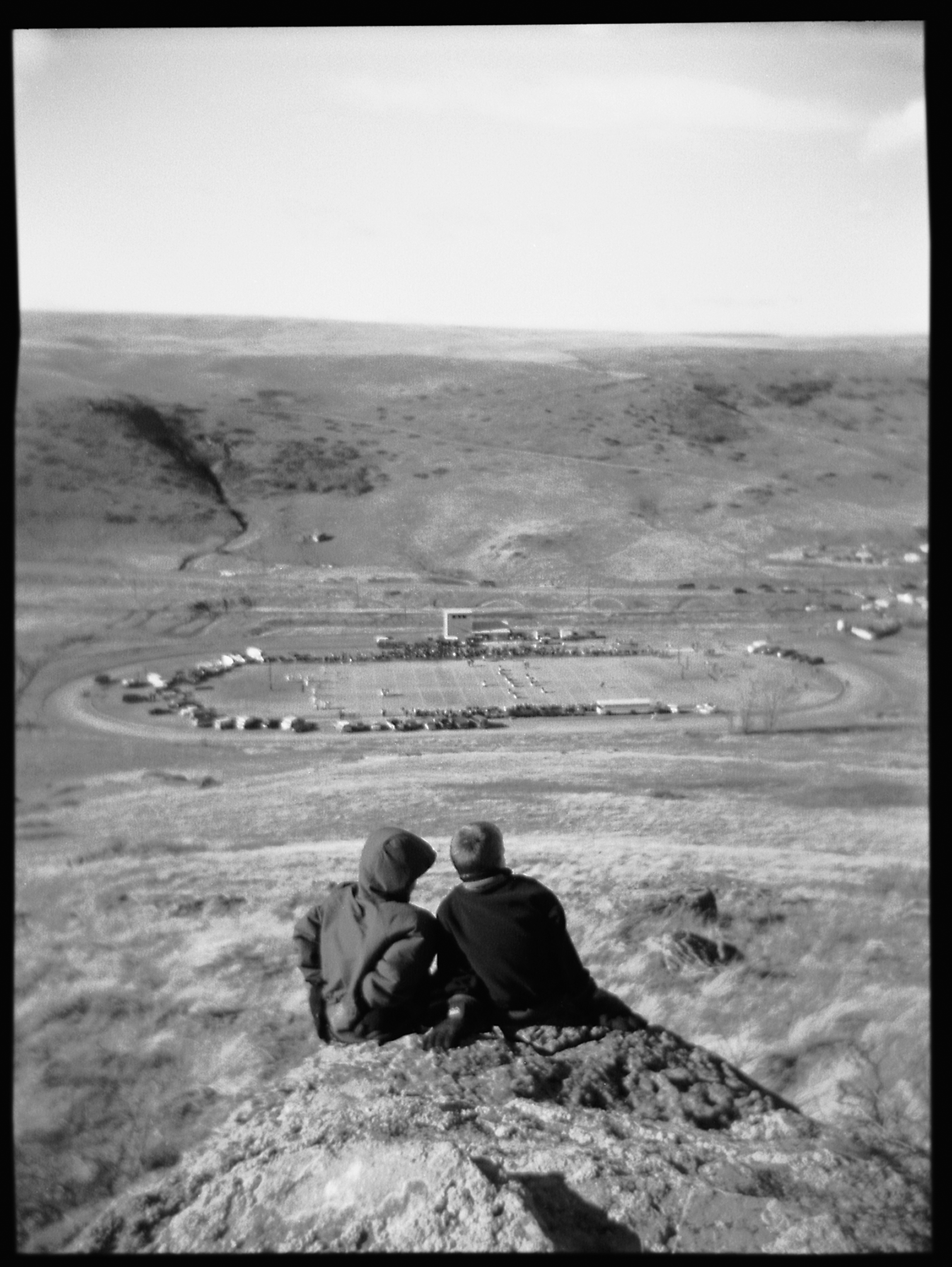 Football is arguably the country’s most popular spectator sport, producing highly paid professionals, luxurious stadiums, and college bowl games. But there are still places in the U.S. where football is reminiscent of another time.

In 1997 I started traveling the remote two-lane highways of Wyoming and Montana, visiting small towns along the way to document the high-school football games served up on any given weekend. Many of these schools play football on Saturday afternoons due to the prohibitive cost of installing and maintaining floodlights. It’s not uncommon to see the high-school players walking across town in their uniforms on game day because the football field isn’t adjacent to the school. Sometimes it’s necessary before the game for someone to haul away the cow or bison manure that has accumulated on the field.

Some of the communities featured in this photo essay have fewer than a thousand residents each, and their high schools, which often have no more than a hundred students, field teams of six or eight players instead of the usual eleven. Even as high-school football is preserved and celebrated in these small towns, its existence is threatened by tight school budgets, decreasing rural populations, and the consolidation of school districts. Despite hard economic conditions, a sense of pride and excitement surrounds these weekend contests. They are an opportunity for people momentarily to forget the worries of daily life as they cheer on their home team. Many fans will drive more than two hundred miles to attend out-of-town games.

I used various “toy” cameras to take these photos. The light leaks and blurred edges that are characteristic of these inexpensive plastic cameras can produce surprising, even dreamlike, results.