More Quotations from the Back Pages of The Sun

We’ve just published a new collection of Sunbeams, Paper Lanterns: More Quotations from the Back Pages of The Sun. We’re reprinting the book’s introduction here. To find out more or to order the book, please visit thesunmagazine.org/books.

A recent visitor to our magazine office was surprised by the number of quotation books on my shelves. “There must be more than a hundred,” he said. That sounded about right to me. “It’s like a shrine,” he went on, “a shrine to wisdom.” Well, I said, I’d never thought of the books that way. I collect them, I explained, not to venerate the masters or to impress visitors but for the same reason a carpenter keeps his or her tools within reach.

For more than thirty years I’ve gathered quotations each month for the Sunbeams page in The Sun. Many come from those anthologies. Others are suggested by subscribers, or they’re passages I’ve come across in my own reading, or, more recently, online. (It’s too bad that so many Internet quotation sites are as unreliable as they are irresistible. It’s a shame to have your head turned by a turn of phrase only to discover the next morning that the quotation was either inaccurate or misattributed. And you thought you were in love.)

Readers unfamiliar with The Sun might imagine that a feature called “Sunbeams” is unrelentingly positive, but the page is intended to challenge as well as comfort; to celebrate the ineffable beauty around us without ignoring the crushing injustices in our midst; to embrace all of life: the joys, the heartache, what Zorba in the film Zorba the Greek calls “the full catastrophe.”

To come up with the right mix each month, we spend hours sorting through quotations from essays, fiction, poems, speeches, plays, films, newspaper articles, magazine interviews, and, if I can decipher my own handwriting, the note I hastily scribbled when a friend quoted her favorite author. We set the bar high: Nothing too platitudinous or flowery or stodgy or cynical or mean-spirited. No spiritual band-aids. No political bromides. No pompous aphorisms impatiently waiting to be carved into stone.

What a pleasure, then, to finally seat our honored guests around the dinner table: Henry Miller next to Mother Teresa, who is sitting beside Anaïs Nin, who is whispering something to Martin Luther King Jr. as he shakes hands with someone whose name I’ve only just learned. There’s no caste system here; fame doesn’t guarantee someone a seat at the table. Truthfulness gets them a seat. An arrow shot straight through my heart — pitch-perfect language, not a word wasted — gets them a seat. So does a shout from the rooftop, a kick in the ass. “Who can confidently say what ignites a certain combination of words, causing them to explode in the mind?” E.B. White asks. “Who knows why certain notes in music are capable of stirring the listener deeply? . . . These are high mysteries.”

Paper Lanterns is our second compilation of Sunbeams. (The first, Sunbeams: A Book of Quotations, was published in 1991.) Unlike in the earlier collection, there is an order to the quotations in Paper Lanterns, which takes us on a journey through innocence and experience, love and loss, disillusionment and awakening. This isn’t a reference book organized by topic, however, but an anthology that, for better and for worse, reflects the sensibility of its editor. That’s why some great thinkers appear again and again and others don’t show up at all. (Full disclosure: As a college student I abandoned James Joyce’s Ulysses midsentence — those were long sentences — and squandered the rest of the twentieth century ignoring the canon and reading whatever I damn well pleased.)

We’ve taken great pains to make sure that every quotation in Paper Lanterns is accurate and properly attributed. Sometimes, to provide necessary context, we list the novel, short story, play, or film from which the quotation comes. Although we’ve added a few punctuation marks to enhance readability, we generally took a hands-off approach. This includes allowing the occasional use of gender-exclusive language. Though we reject sexism, rewriting history is above our pay grade. If a nineteenth-century writer used only masculine pronouns, or made a sweeping statement about “mankind,” we let it stand.

Putting this book together was a collective effort. Thanks go to editorial associates Erica Berkeley and Luc Saunders, who help me assemble the Sunbeams page each month; to Erika Simon and Elizabeth Woodman for their assistance in shaping the text; to Seth Mirsky and Brent Winter for their careful proofreading; to Marianne Erhardt for her rigorous fact checking; to art director Robert Graham for making the book so handsome; to senior editor Andrew Snee for making the book more readable; and especially to managing editor Tim McKee, who made sure that a first draft of this anthology didn’t continue to languish in a dusty corner of my office, and who shepherded the manuscript through every stage of production. My deepest gratitude goes to those we’ve quoted — men and women who labored long and hard to express in a few words a lifetime of experience; others who rarely wrote but paused in the middle of a busy life or a sleepless night with pen in hand, who wept and found a way to make of their suffering a gift, who laughed and found a way to make us laugh, too.

It’s true, of course, that noble and thoughtful and lovely words haven’t kept humans from killing each other and ravaging the planet. Nor have they necessarily rescued us from our self-created hells. Perhaps, as Hermann Hesse wrote in Siddhartha, “the wisdom which a wise man tries to communicate always sounds foolish. . . . Knowledge can be communicated, but not wisdom. One can find it, live it, be fortified by it, do wonders through it, but one cannot communicate and teach it.” Perhaps I shy away from the notion of a shrine to wisdom because I know that one person’s wisdom is another person’s sacrilege, or worse: fighting words, a reason to go to war.

Still, Hesse kept writing book after book in an attempt to communicate something. I keep gathering quotations. For who’s to say the world wouldn’t be in an even worse fix had these voices not been raised in anger and praise? Who’s to say that some well-worn but nonetheless powerful adage hasn’t prevented one more blow from being struck or one more tree from being felled — or yanked someone up from the depths, gasping but still breathing?

May the words in this book deepen our empathy for our brilliant, bewildered, long-suffering human tribe. May they shine a little light when the darkness is upon us.

The book mentioned above is out of print. 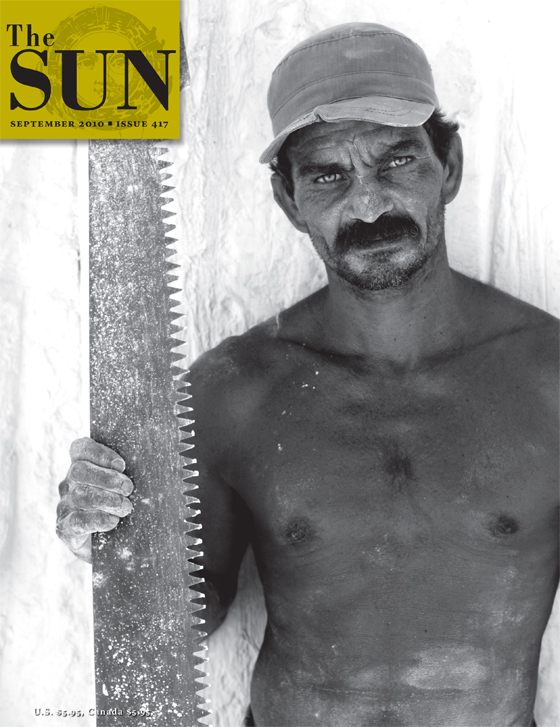 There’s No Such Thing As A Free Association

For Madeleine, In Another June