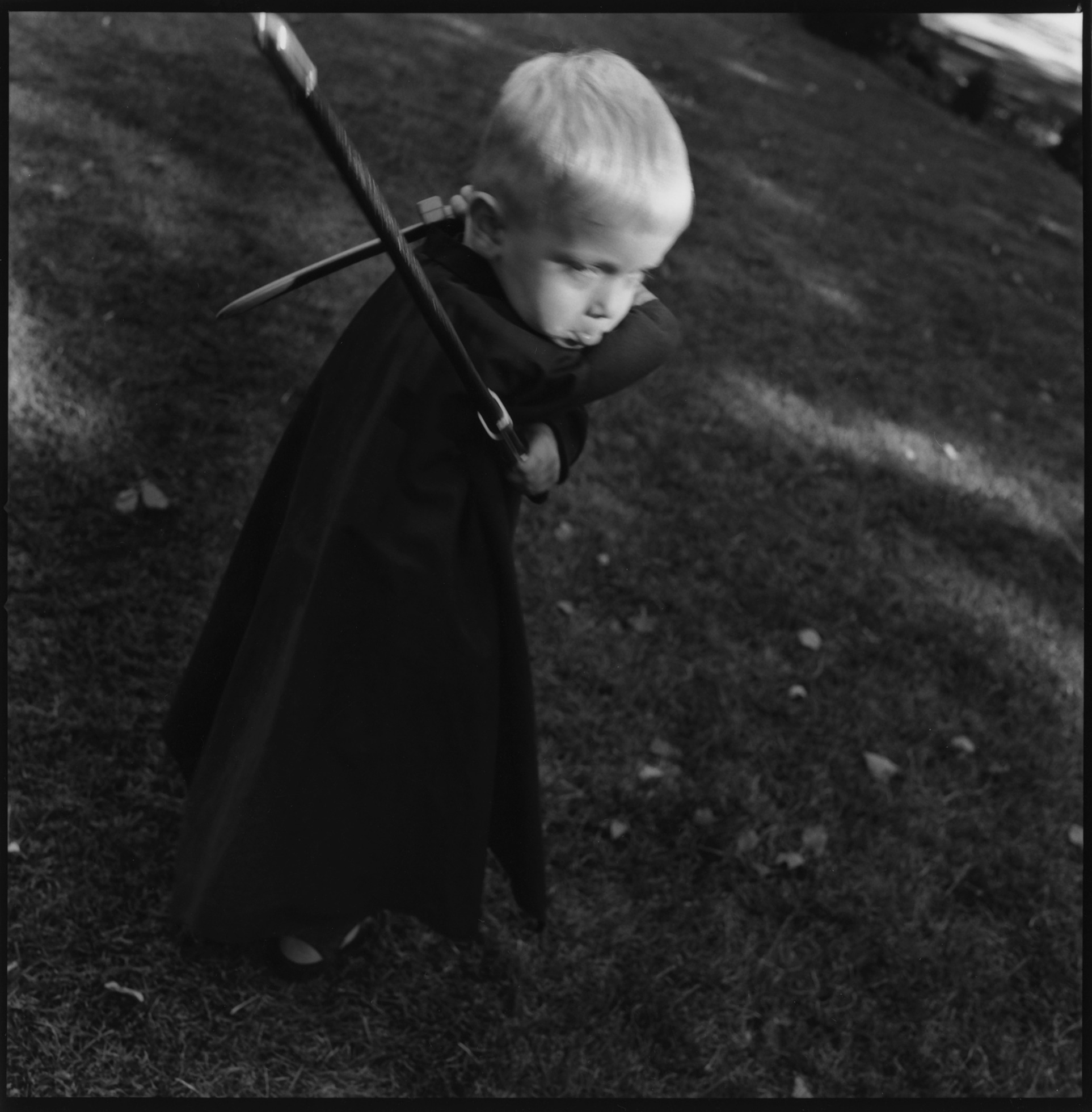 Oliver Cooney-Martin’s “Captin JJC The Feirce” was composed in a single sitting of approximately an hour on a Sunday morning in December 2008.1 The 14-page, 587-word story was written with a No. 2 pencil in the kitchen of his home in Albuquerque, New Mexico.2 The story is reprinted here in its entirety.

Wars where feirce at hand.4 In crimenal v.s. soldier a young boy that hade a dream lived in these pereyod. hes dream that filed his heart is to work with a famous crimenal. He could do well and impress the bandit. The Bandits name was captin JJC the fieirce. The young boy was an orfen.5 he hade a plan.

Hes Plan was he was going to escape.6

He crept out of Bed. a rattle came frome the Door. the washer man was coming.8 What should he do. he swiflt slid down the loandry shoot two shoes. Bonk! Bonk!9 He slide Down the shoot. Womp! he nocked over the basket. he ran from the room. suddenly the princable came running in the room. he said “Wairs Jimy.” that was the kids name. Jimy ran around the corner. Without Being seen he tride to get out the Door But he couldn’t. then Jimy Jumped out the window!

the window was on the third floor. he fliped and Dived into the street. luckuly a car came by holding a mattress. oof! a soft landing. on the side was a For weeler.10 lucky me Jimy thought. he unstraped the weeler.

he slide off the truck. he turned around and Jetted forward. a car came By. he went on the side of Jimy. Jimy shoved the car off the road. smash!11 Jimy road into the ally way. some figures came out from a dump.

“looks like you got some trouble on your hands” said one of them.12 “you can Join if you want” said another. “Do you work for JJC”? said Jimy. “in fact we do” said the talest.13 “Well o.k.” said Jimy Becuse he dident have any Body to take cair of him.14 so he follode them into the sour!15

it was Damp there and soggy. one of them opend a Plug. all the water Drained in and they climed up a ladder into a little room with shelves and maps even cabnets.16

there where lots more people then. even it was so loud and cramped. some Telled Jokes. others talked and some even planed strateges. even some rote messages.17

they showed me a room. they said it was the intertainment room. it had video games some Boxing gloves and water guns. I settled with video games.18 they hade good whons.

afer I Played video games I went out and said “can I see JJC.” “Sure,” said the thinest.19 I was brout to a room. JJC was on a Bench Drawing a map. at the moment we stepped in he glanced over.

Then JJC shouted “ambush time.” he held out a map with strateges on it and everybody nodded. “come Lad. time to kick Butt.” 22

We came out of the sour and went Behind a hay stack.23 a Bandit handed me a nife and a sheth. Jimy Put hes nife in hes sheth and walked on.

Some soldiers walked By. a Bandit amed hes gun and Bang! Bang! Bang!! Bang! the edvisors Dropped to ther nees then on the ground.24 then they ran Back.

And that is how Jimy met JJC the feirce and toon in for more JJC edveanturs. sea ya soon.25

1. Full disclosure: Oliver is my son. He was seven and a half at the time he created JJC. Oliver writes at all hours of the day and harbors no delusions about ideal work times or conditions. He usually begins first thing in the morning. After climbing down the ladder from his top bunk and visiting the bathroom, he goes straight to the kitchen table. He doesn’t require coffee. (back)

2. The manuscript itself, like all of Oliver’s work from this period, is printed on the backside of a novel I abandoned after it had been rejected by more editors in New York City than there are students in Oliver’s second-grade classroom. (back)

3. Oliver blithely dismisses conventional spelling and grammar. Reading Oliver is not unlike reading Gertrude Stein: one becomes more fluent with practice. (back)

4. Violence is central to Oliver’s aesthetic. He is enthralled by battles, weapons, and armies. His stories take keen interest in characters who (a) employ deadly force for good cause and/or (b) operate outside the law yet remain noble.

Oliver’s mother struggles with this thematic obsession. An uncompromising pacifist, she maintains that the Nazi concentration camps could have been liberated by nonviolent action. When Oliver’s class was doing a unit on the Underground Railroad, his mother proclaimed, “That’s a perfect example of nonviolence in action.”

“She did?” his mother asked.

Oliver looked at me and shook his head. (back)

5. Orphans do not have little brothers running naked in and out of the room, singing at pitches painful to dogs, banging on drums, and destroying their concentration. (back)

6. Oliver withholds our hero’s name, age, and physical description. There is no tedious back story about whom he is escaping from and why. Starting in medias res, Oliver bypasses several phases of the classic orphan-on-a-quest story, including the woe-I-am-abandoned phase, the woe-I-am-powerless phase, and the woe-I-am-not-worthy phase. As the popular author Elmore Leonard said, “I try to leave out the parts that people skip.” (back)

7. Line breaks represent page breaks in the original manuscript. (back)

8. Our setting is an orphanage. The washer man is surely a janitor. (back)

9. Oliver employs the exclamation mark. In his writing on aesthetics, the philosopher Nelson Goodman cites “repleteness” — exploiting all the properties of the medium — as one sign of artistic intention. (back)

10. The hero’s aerial acrobatics and landing on a car with a mattress on its roof and an attached four-wheeler demonstrate the storyteller’s embrace of improbability. (back)

11. Is the car that Jimy shoves off the road driven by a pursuer, sent by the orphanage to retrieve him? Or does it contain a family of four on their way to a picnic? Did the passengers die? Were they injured? Horribly disfigured? We don’t find out. What is clear, and unsettling, is Jimy’s existential calm in the face of possible fatality. One is reminded of The Stranger, by Albert Camus. How much compassion should we expect of a seven-year-old author for his imaginary minor characters? (back)

12. Dramatic dialogue skips introductory formalities. The hard-boiled diction can be traced to Oliver’s fondness for Snoopy’s adventures as the World War I flying ace in Charles Schulz’s Peanuts corpus. (back)

13. In his first physical description, Oliver gives the reader a bandit’s relative height. Ford Madox Ford said, “If you’re going to have a character appear in a story long enough to sell a newspaper, he’d better be real enough that you can smell his breath.” (back)

16. Jimy’s surprise that the bandits had “cabnets” can likely be attributed to the tense, ongoing remodel of the Cooney-Martin-family kitchen. (back)

17. An archetypal barracks scene. (back)

18. With the introduction of video games, the narrative shifts from third-person to first-person point of view. (back)

20. When reading the story aloud, Oliver delivered JJC’s dialogue with a heavy Irish brogue. (back)

21. Jimy’s nonchalance upon finally meeting the infamous bandit can be explained autobiographically: Oliver is not a pleaser. Unlike some authors, he does not grope or claw after the world’s esteem. (back)

24. Are the soldiers/advisors killed? Oliver doesn’t portray this shooting and knee-dropping as brutal or deadly. The tone is neutral. He simply describes the action, leaving readers to draw their own moral conclusions.

25. On our walk to school the next day, I brought up the subject of Jimy and his adventures. It was a cold, overcast Monday, the last week of school before holiday break. “So, Oliver,” I ventured, “remember, near the end of ‘Captin JJC the Feirce,’ when the bandits come up out of the sewer and ambush the soldiers?”

“Well, one of the bandits shot the soldiers, and they all fell to their knees.”

“And then they fell to the ground.”

“Right. I was wondering if the bandit killed the soldiers.”

We started walking again. Oliver was wearing jeans and sneakers and a blue fleece jacket. I was walking in the street. Oliver kicked his way through the brittle autumn leaves along the curb. On our walks to and from school, we often hold hands. Sometimes we hug before he enters the playground. Other times we high-five.

“Are the soldiers the bad guys?”

He nodded and grimaced at once. “They work for the queen, who’s only interested in riches.”

“Exactly. She wants to capture the bandits, because they’re really good at finding gold.”

“So the bandits are more like outlaws than criminals.”

“Sure.” This affirmation was mild, as if to say that if I needed to make comparisons to understand the story, Oliver wasn’t going to stop me.

Down the hill, we could see the kids gathered at the crosswalk with Mel, the crossing guard, who was gentle with the kids and a raging madman with drivers going more than fifteen miles per hour.

“I don’t want to say that the bandit killed the soldiers,” Oliver said. “That would be too . . .”

He shook his head again. “Book Two is going to be all about Jimy’s search to find out who his parents are. The bandits are going to help him find out who he really is.” (back) 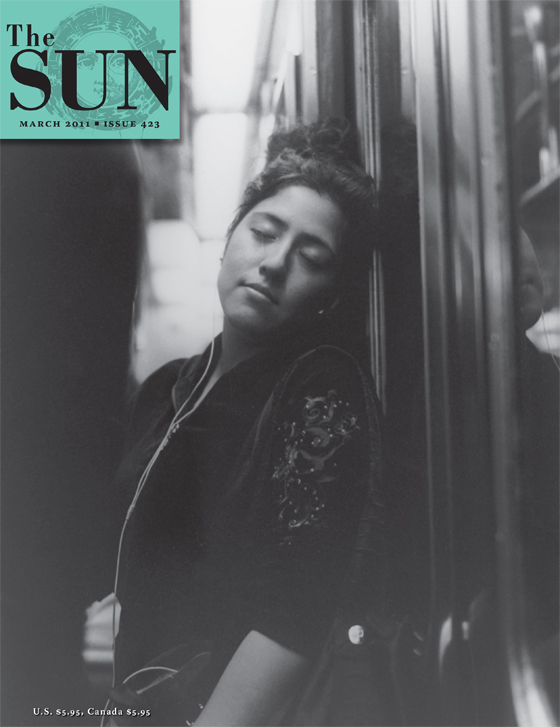