I Sang For Everybody

The House Un-American Activities Committee (huac) was formed in 1938 to root out disloyalty and subversion among U.S. citizens of all political persuasions, but it focused almost exclusively on those it suspected of having communist ties. It was responsible for producing a blacklist of left-wing screenwriters, actors, and directors who were denied work in Hollywood in the 1940s and ’50s. Although huac’s peak years coincided with the McCarthy era, Senator Joseph McCarthy was not directly involved in its work, because it was a House committee.

On August 18, 1955, folk singer Pete Seeger appeared before a subcommittee of HUAC at the Federal Building in New York City to answer questions about his associations with the Communist Party. Francis Walter, a Democratic representative from Pennsylvania, presided as chairman, and Representatives Gordon Scherer (a Republican from Ohio) and Edwin Willis (a Democrat from Louisiana) were also on the subcommittee. Seeger refused to answer the majority of the questions put to him and also declined to invoke the Fifth Amendment in his defense. At one point, in response to repeated questions about where he had sung and for whom, Seeger replied: “I have sung for Americans of every political persuasion, and I am proud that I never refuse to sing to an audience, no matter what religion or color of their skin, or situation in life. I have sung in hobo jungles, and I have sung for the Rockefellers.” He would eventually be indicted and convicted on ten counts of contempt of Congress, but the convictions would be overturned in 1962 without his serving any jail time.

Also present for Seeger’s appearance were his counsel — Paul Ross — and Frank Tavenner Jr., chief counsel for huac, who asked many of the questions. The following is a partial transcript, with breaks where material has been omitted. The full transcript is available online at PeteSeeger.net.

Mr. Tavenner: Mr. Seeger, prior to your entry in the [military] service in 1942, were you engaged in the practice of your profession in the area of New York?

Mr. Seeger: It is hard to call it a profession. I kind of drifted into it and I never intended to be a musician, and I am glad I am one now, and it is a very honorable profession, but when I started out actually I wanted to be a newspaperman, and when I left school—

Chairman Walter: Will you answer the question, please?

Mr. Seeger: I have to explain that it really wasn’t my profession. I picked up a little change in it.

Chairman Walter: Did you practice your profession?

Mr. Tavenner: And upon your return from the service in December of 1945, you continued in your profession?

Mr. Seeger: I continued singing, and I expect I always will.

Mr. Tavenner: The Committee has information obtained in part from the Daily Worker indicating that, over a period of time, especially since December of 1945, you took part in numerous entertainment features. I have before me a photostatic copy of the June 20, 1947, issue of the Daily Worker. In a column entitled “What’s On” appears this advertisement: “Tonight — Bronx, hear Peter Seeger and his guitar, at Allerton Section housewarming.” May I ask you whether or not the Allerton Section was a section of the Communist Party?

Mr. Seeger: Sir, I refuse to answer that question whether it was a quote from The New York Times or the Vegetarian Journal.

Mr. Tavenner: I don’t believe there is any more authoritative document in regard to the Communist Party than its official organ, the Daily Worker.

Mr. Scherer: He hasn’t answered the question, and he merely said he wouldn’t answer whether the article appeared in The New York Times or some other magazine. I ask you to direct the witness to answer the question.

Chairman Walter: I direct you to answer.

Chairman Walter: You have only been asked one question so far.

Mr. Seeger: I am not going to answer any questions as to my association, my philosophical or religious beliefs, or my political beliefs, or how I voted in any election, or any of these private affairs. I think these are very improper questions for any American to be asked, especially under such compulsion as this. I would be very glad to tell you [of] my life if you want to hear of it.

Mr. Seeger: I feel that in my whole life I have never done anything of any conspiratorial nature, and I resent very much and very deeply the implication of being called before this committee: that in some way, because my opinions may be different from yours, or yours, Mr. Willis, or yours, Mr. Scherer, that I am any less of an American than anybody else. I love my country very deeply, sir.

Chairman Walter: Why don’t you make a little contribution toward preserving its institutions?

Mr. Seeger: I feel that my whole life is a contribution. That is why I would like to tell you about it.

Chairman Walter: I don’t want to hear about it.

Mr. Tavenner: I have before me a photostatic copy of the May 4, 1949, issue of the Daily Worker, which has an article entitled, “May Day Smash Review Put On by Communist Cultural Division, On Stage,” and the article was written by Bob Reed. This article emphasizes a production called Now Is the Time, and it says this: “Now Is the Time was a hard-hitting May Day show of songs and knife-edged satire. New songs and film strips walloped the enemies of the people in what the singers called ‘Aesopian language.’ ” And other persons [participated], including Pete Seeger. Lee Hays is recited [sic] to be the MC, or master of ceremonies. Did you take part in this May Day program under the auspices of the Music Section of the Cultural Division of the Communist Party?

Mr. Seeger: Mr. Chairman, the answer is the same as before.

Mr. Scherer: I think we have to have a direction.

Chairman Walter: I direct you to answer the question.

Mr. Seeger: I have given you my answer, sir.

Mr. Tavenner: The article contains another paragraph, as follows: “This performance of Now Is the Time was given in honor of the twelve indicted Communist Party leaders.” And then it continues with Bob Reed’s account of the show: “This reviewer has never seen a show which stirred its audience more. Add up new material, fine personal and group performances, overwhelming audience response — the result was a significant advance in the people’s cultural movement. Now Is the Time is that rare phenomenon, a political show in which performers and audience had a lot of fun. It should be repeated for large audiences.” Mr. Lee Hays was asked, while he was on the witness stand, whether or not he wrote that play, and he refused to answer. Do you know whether he was the originator of the script?

Mr. Seeger: Do I know whether he was the originator of the script? Again my answer is the same. However, if you want to question me about any songs, I would be glad to tell you, sir.

Chairman Walter: That is what you are being asked about now.

Mr. Tavenner: You said that you would tell us about the songs. Did you participate in a program at Wingdale Lodge in the State of New York, which is a summer camp for adults and children, on the weekend of July Fourth of this year?

Mr. Seeger: Again I say I will be glad to tell what songs I have ever sung, because singing is my business.

Mr. Tavenner: I am going to ask you.

Mr. Seeger: But I decline to say who has ever listened to them, who has written them, or other people who have sung them.

Mr. Tavenner: Did you sing this song, to which we have referred, “Now Is the Time,” at Wingdale Lodge on the weekend of July Fourth?

Mr. Seeger: I don’t know any song by that name, and I know a song with a similar name. It is called “Wasn’t That a Time.” Is that the song?

Chairman Walter: Did you sing that song?

Mr. Seeger: I can sing it. I don’t know how well I can do it without my banjo.

Chairman Walter: I said, Did you sing it on that occasion?

Chairman Walter: Did you sing it on this particular occasion? That is what you are being asked.

Mr. Seeger: Again my answer is the same.

Mr. Tavenner: Did you also perform and entertain at various functions held by front organizations, such as the American Youth for Democracy? I have here photostatic copies of the Daily Worker indicating such programs were conducted in Detroit in 1952, at Greenwich Village on May 10, 1947, and again at another place in March of 1948. Did you entertain at functions under the auspices of the American Youth for Democracy?

Mr. Seeger: The answer is the same, and I take it that you are not interested in all of the different places that I have sung. Why don’t you ask me about the churches and schools and other places?

Mr. Seeger: No, sir, I said that I should be glad to tell you about all of the songs that I have sung, because I feel that the songs are the clearest explanation of what I do believe in, as a musician, and as an American.

Mr. Seeger: I have said it and I will say it again, and I have sung for perhaps—

Mr. Scherer: You are willing to tell us about those groups?

Mr. Scherer: Did you sing before the groups that Mr. Tavenner asked you about?

Mr. Seeger: I am saying that my answer is the same as before. I have told you that I sang for everybody.

Chairman Walter: Wait a minute. You sang for everybody. Then are we to believe, or to take it, that you sang at the places Mr. Tavenner mentioned?

Mr. Seeger: My answer is the same as before.

Chairman Walter: What is that?

Mr. Seeger: It seems to me like the third time I have said it, if not the fourth.

Chairman Walter: Maybe it is the fifth, but say it again. I want to know what your answer is. 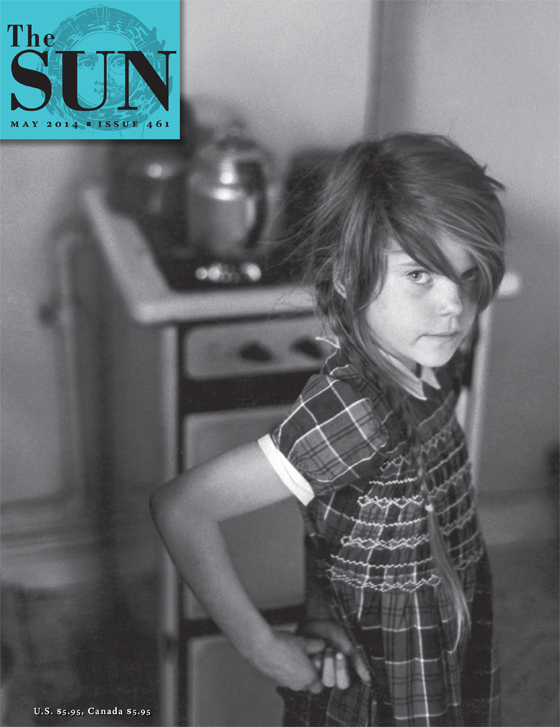 This Song Is Everywhere

In The Quiet Room