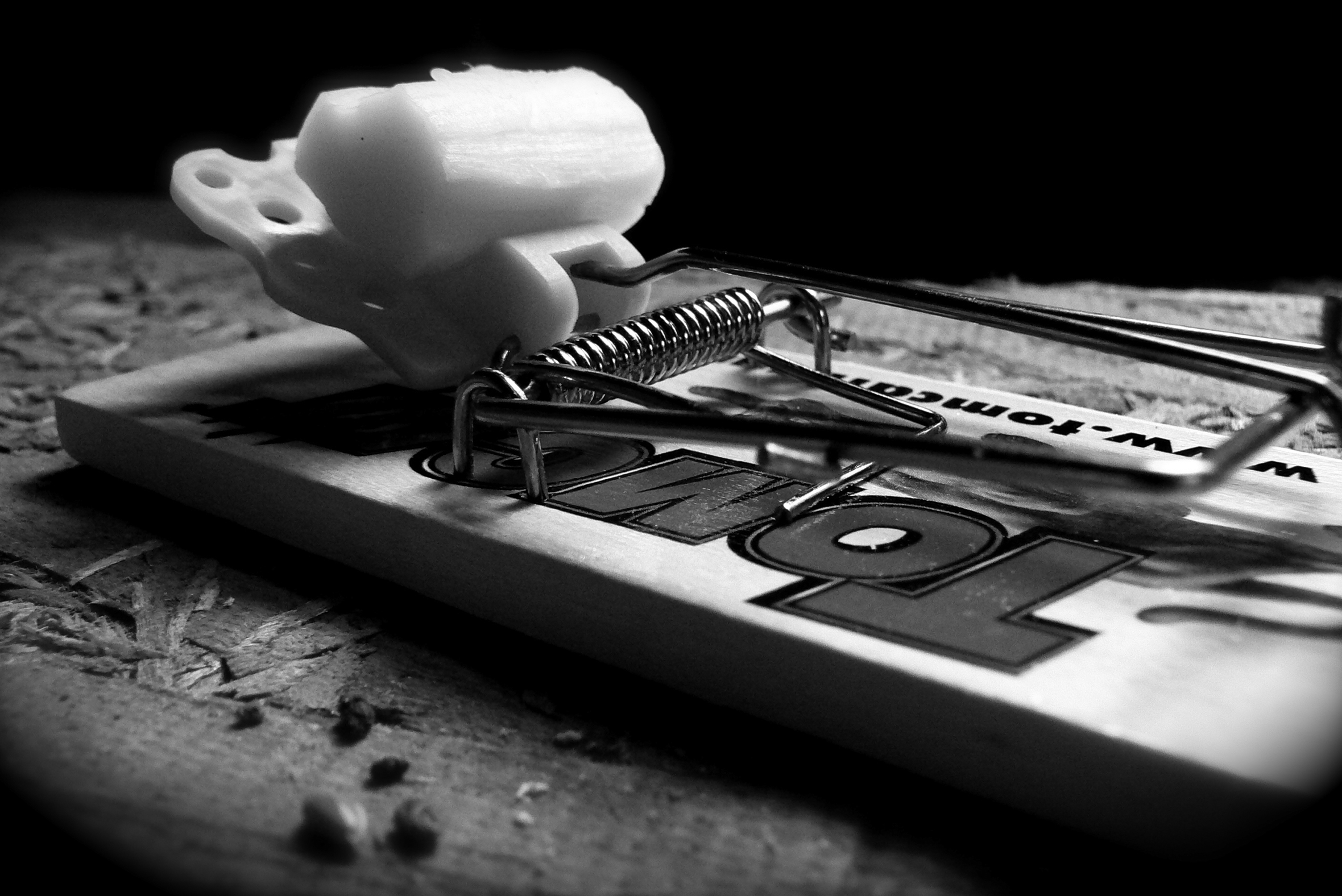 November 11
My home is a double-wide trailer in the heart of the Catskill Mountains. Each fall mice sneak into my house, attracted by the warmth. I know they’re here when I see their feces in my kitchen.

Like restaurant critics, mice use a star system to rate foods, only with turds instead of stars. A delicious meal may receive thirty turds; an uninspired one, only two. And what do my mice like eating? Vegetable oil. A frying pan, even washed clean, delights them. Somehow they snuck into the garbage can and tore an empty bag of Lightly Salted Wise Potato Chips to shreds.

November 13
My wife, Violet, has been researching mouse deterrents on the Internet. She’s found a natural repellent. It’s expensive and, according to reviews, smells awful. Other than that, it’s perfect.

Further research uncovers the fact that mice have an antipathy to cedar. So Violet has sprinkled cedar bath salts around the kitchen. We’ll see what happens.

November 14
Except for one or two turds, there is no evidence of the mice this morning. The bath salts work! The way garlic repels vampires, cedar scent has driven away our rodents.

November 16
I spoke too soon. One of my weaknesses with mice, as with everything else in life, is my incurable optimism. Two days ago we left a dish of sea salt out on the kitchen table. This morning a defiant mouse shit appeared in its center.

November 17
I must increase my diligence as a wiper of counters. The secret is to think like a mouse, to whom a smidgen of egg is a feast.

But no matter how much I clean, the mice continue their invasion of our kitchen. In the battle for grains of rice, mice are smarter than men.

November 18
My wife set mousetraps today and caught three rodents — but one wasn’t dead, just trapped by the metal bar. Violet had to carry it outside as it writhed in agony.

November 19
What gives us the right to annihilate innocent mice? Suppose hundred-foot-tall giants set traps for us?

In fact, in eighteenth-century England landowners did set traps to capture poachers and trespassers. In 1827 an act of Parliament declared these devices illegal except when placed inside a dwelling between sunset and sunrise to deter burglars.

Is it still legal to set a human trap each night in your London townhouse?

November 20
Violet and I were not always so brutal to mice. We used to let them run free, but gradually they grew bolder. One day I was meditating in the living room when a mouse climbed up my back and stood on my head. I sat silently as the creature foraged on my scalp.

That event changed my life. Once a rodent has stood on your head for five minutes, you lose your beatific patience with them — or, at least, I did. (Saint Francis of Assisi I am not.)

We considered buying Havahart traps, but they’re costly, and after you’ve captured the mouse, you must drive a mile or two to release it, or the creature will return. Isolated from her family in a foreign field, the mouse may perish anyway. Reluctantly we chose the simpler and more efficient method of murder.

November 21
A trap kills a mouse at 10:32 PM. Violet is already asleep, and I’m unsure what to do with the body: Drop it into a plastic container? Throw it outside? But where outside? And does my wife have a special container for this purpose? I stare at the rodent corpse while washing dishes. The creature is quite paunchy, like the cute mice in Walt Disney’s Cinderella. I feel guilty, but then I think, He got fat on my food!

December 17
When I lived in the New York City neighborhood of Washington Heights in the early eighties, a man came to my door and asked, “Would you like to be exterminated?” I was startled, until I noticed a can of bug spray attached to his belt.

The Nazis referred to Jews as “parasitic vermin” and to the Holocaust as a “cleansing.” In The New York Review of Books I saw a Nazi poster from occupied Denmark: a drawing of a rat with a big Jewish nose and the slogan RATS — DESTROY THEM. The great graphic novel Maus, by Art Spiegelman, tells the story of the Holocaust with the Jews depicted as mice.

December 18
Slowly the mouse population has reentered our double-wide. Violet sets two traps, and almost immediately one snaps shut. I look down at the rodent corpse and find it less disturbing than the first one I saw. Maybe this is how serial killers become hardened to their grim deeds.

January 12
It is the coldest month of the year, and no mice are living in our house. If I forget to wipe the stove at night, I see not a single turd the following day. Like the Nazis, we have successfully exterminated our foes. I feel inhuman, ruthless.

If only there were some way to negotiate with mice. We could let them have the run of the house one day a week, perhaps Thursdays, if the rest of the time they’d stay out. But sadly these creatures don’t speak English. We can communicate with them only through acts of violence.

January 15
As a vegetarian I can pretend to a certain shining virtue, but no doubt the operators of the granaries that supply my millet kill legions of gentle mice. The Buddhist master Thich Nhat Hanh, in his book Peace Begins Here, offers this mealtime meditation: “This plate of food, / so fragrant and appetizing, / also contains much suffering.”

Five years ago I bought a house that was built in 1926. The inspector failed to point out that the attic floor was covered with mouse droppings underneath the insulation. Even after having all the insulation ripped out, the floor vacuumed, and new insulation installed, I can still smell the feces in the summer when the humidity is high.

Sparrow [“My Mice,” June 2014] needs a wake-up call regarding household pests. A mouse turd in the center of a dish of sea salt? A mouse climbing on his head while he meditates? Give me a break. Like him, I agree with Thich Nhat Hanh: “This plate of food, / so fragrant and appetizing, / also contains much suffering.” But for God’s sake, he needs to clean his house and plug the holes.

Clean my house? Plug up holes? What’s next — get a job?

More Letters
What Do You Think? We love getting letters to the editor for our Correspondence section.
Has something we published moved you? Fired you up? Did we miss the mark? Send A Letter

The Work Of Clemens Kalischer