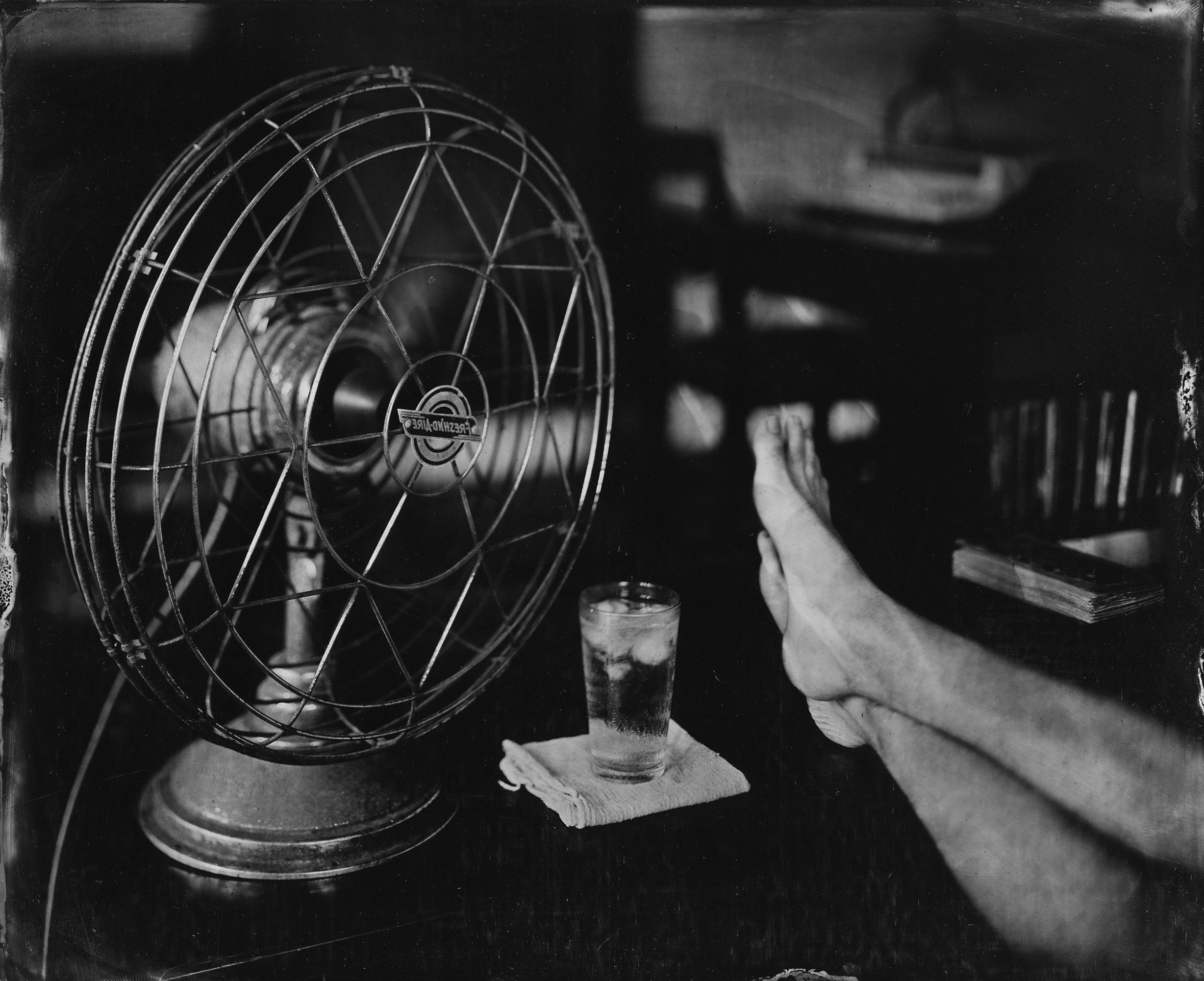 Happiness starts small; learn to recognize it. It’s like a weed we see every day but cannot identify.

Small happiness is generous. If you win $12 million, you’ll hide it from your friends, but if you’re given a free pizza, you’ll share it with everyone.

If you want big happiness, take drugs. If you want small happiness, wake up early. At 6 AM the world hasn’t had time to make trouble. The birds tentatively sing. The sun tentatively rises in the sky. The day starts small.

When you get tested at a doctor’s office, the results may be a “false negative”: the test might say you don’t have Lyme disease, when actually you do.

If you believe your life is tragic, pointless, and wasted, remember: your “test” may also be inaccurate. Beware the philosophical false negative!

Last night I sat on the sofa during a thunderstorm, flossing my teeth. Every minute or two lightning would flash, and through the glass door in the kitchen I could see the backyard brilliantly lit. The bushes and trees were illuminated as bright as afternoon, but with an eerie light, cold and white. It was like a horror movie without characters.

We all search for happiness, but we rarely succeed in locating it. It’s much better to sit completely still and let happiness search for you.

To avoid disappointment, some people advise, “Lower your expectations.” For example, if you’re going to Cape Cod for five days, don’t expect everything to be perfect. Plan for torrential rain every day, thieves to steal your car, and waiters to curse you. Then, when you have a couple of sunny, trouble-free days, you’ll be overjoyed.

I go further. I say, on your next trip to Cape Cod, loosen your expectations. Travel with no fixed ideas. Expect neither bliss nor misery. Notice how life feels without a future.

Small happiness is often a surprise. It can’t be created. Your best bet is to encourage serendipity. That’s one reason I play an instrument three minutes a day, though I have no musical talent. Usually about six of my notes will surprise me.

Art makes us happy. Art also teaches us to perceive the world’s beauty. This morning I took a container of cooked soybeans from the freezer and placed it on the deck behind my house to thaw in the sun. Twenty minutes later, passing the soybeans, I noticed that they resembled an abstract painting from 1962 — a series of beige ovals trapped in white ice. Thanks to my many hours spent in art galleries, I’d discovered a masterpiece.

Yesterday I took the Trailways bus home from New York City. My seat had a small video screen above it. (The screen was blank.) We had a stop at Kingston, and as I stood up, I hit my head on the screen — then laughed at my blunder. My life is a slapstick comedy for an audience of one.

One reason God gives us children is to broaden our tastes. My daughter, Sylvia, began listening to Brahms’s symphonies at the age of fifteen, and though I was proud of her, I was also mystified. I’ve always found classical music pompous and undanceable, with its rigid white-man rhythms. But lately, thanks to Sylvia’s influence, I’ve begun to enjoy it. I can hear the exotic whimsy in Grieg’s Piano Concerto in A minor, op. 16. Some days I’ll listen to Grieg for just a few minutes and return to my life satisfied.

There is a Sufi proverb: “Boredom is the gateway to Paradise.” All right, I’ll admit: I invented this proverb. But its message is true — or, at the very least, small happiness often emerges from idleness.

In my freshman year at Cornell I took Philosophy 101 and was astonished to discover, at eighteen, that we cannot prove the world is real. According to Anglo-Irish philosopher George Berkeley, if you turn around, there is no way to establish logically that anything behind you still exists. When you walk backward, you are plunging into that unprovable unknown. It’s an act of faith. Go slowly!

Happiness must expand. Find a new source of delight you’ve never known before. Learn to appreciate Siberian dancing or the smell of oleander. Spend time at your desk designing the perfect pillow.

Become your own iPod. Singing to yourself is more entertaining than just listening. When you sing “Get off of My Cloud,” by the Rolling Stones, you have the satisfaction of moving your lips and tongue and believing for one moment that you’re a better singer than Mick Jagger (which is quite possible).

Composting is now officially sanctioned in New York City. When I’m cooking in my parents’ kitchen, I’ll bring leftover corn husks and moldy pieces of tomato to the special composting receptacles in their basement. The joy of composting is one of the most valid forms of human happiness.

I have loved composting since I first learned of its existence in 1975. The fact that you can take scraps of potato and cabbage, mix them with manure and grass cuttings, and create your own bountiful soil is astonishing. It’s like cooking in reverse.

In the United States we feel guilty for wasting time. Every American should repeat this affirmation: “I will waste more time today. I will be unproductive. I will become more and more like a birch tree.”

Most of us are too shy to love. We are shy even about loving inanimate objects, like a fence or a Picasso painting. We are too embarrassed to stand there for all to see, staring at a lovely fence. Thus we miss out on much happiness. Every day we are punished for our shyness.

While staying at my parents’ apartment in Brooklyn, I awoke one Saturday morning to hear a coin being spun on the floor above. Some kid was spinning a quarter and watching it slowly fall to the floor, over and over again.

How did I know it was a child? Because no adult would spin a quarter.

The world distracts us from happiness. We forget to inquire inwardly whether we’re happy until we meet some distant friend or stranger who asks, “How’s it going?” And even then there’s only a flicker of awareness before we compulsively reply, “Can’t complain.” We move through life with happiness amnesia.

Memories can be gratifying. This morning I awoke thinking of the stamp collection I had when I was ten. How I loved this album, filled with solemn Danish prime ministers and French fleurs-de-lis.

Hitchhiking cross-country in the 1970s, I discovered chicory, a spindly weed with bright-blue flowers that grows by the side of many roads. I’d be waiting on the entrance ramp of a highway in Colorado next to a stand of chicory, and a sympathetic hippie would pick me up, share a joint with me, and drive me forty-seven miles. I would leave the car, stoned, only to find another chicory plant. I began to feel that this blue-petaled being was a guardian angel of hitchhikers — a flower at once extremely common and supernally lovely.

Now that I live in the mountains, I see chicory daily for half the year. Sometimes it’s as low as a dandelion, other times as tall as a fourteen-year-old. The flowers are bizarrely tenacious. They start in July and persist as the oak leaves die around them. No empty lot or dirt road is too humble for the chicory, whose cerulean blue reminds one of the Virgin Mary’s robe.

Happiness requires protection. You must learn to build a wall around your small happiness. Shield it from the outer world, with its daily disturbing headlines and fears. You can always lower your wall later and catch up on the latest tragedy.

We Would Never Sleep