We’d traveled, we’d been to lots of parties, lots of movies and concerts, we’d slept in. We’d done all those things that people with children seem to miss so passionately. We didn’t want those things anymore. We wanted a baby.

Having a baby is like suddenly getting the world’s worst roommate, like having Janis Joplin with a bad hangover and PMS come to stay with you.

Like most people who have had one baby, I am an expert on everything and will tell you, unsolicited, how to raise your kid.

The more people have studied different methods of bringing up children, the more they have come to the conclusion that what good mothers and fathers instinctively feel like doing for their babies is usually best, after all.

Your mother and I have been a complete failure financially but if the boys turn out to be good and useful citizens nothing else matters and we know this is happening so why not be jubilant?

LeRoy Pollock, in a letter to his son, painter Jackson Pollock

My dad had limitations. That’s what my good-hearted mom always told us. He had limitations, but he meant no harm. It was kind of her to say, but he did do harm.

My father had a profound influence on me. He was a lunatic.

It is easier to build strong children than to repair broken men.

Maybe . . . children just want whatever it is they don’t get. And then they grow up and give their children what they wanted, be it silence or information, affection or independence — so that child, in turn, craves something else.

Children need love, especially when they do not deserve it.

Having kids did not fix me. I was not somehow more whole, less botched-up, or more certain just because I had a kid. . . . I was still me, with all my holes and problems and questions — only now I was also exhausted and had a lot more laundry to do.

The worker can unionize, go out on strike; mothers are divided from each other in homes, tied to their children by compassionate bonds; our wildcat strikes have most often taken the form of physical or mental breakdown.

There never was a child so lovely but his mother was glad to get him asleep.

The human heart was not designed to beat outside the human body and yet, each child represented just that — a parent’s heart bared, beating forever outside its chest.

When the stuff with hormones and girls and cars and beers began, Harry wanted out of fatherhood.

Why do men like me want sons?” he wondered. “It must be because they hope in their poor beaten souls that these new men, who are their blood, will do the things they were not strong enough nor wise enough nor brave enough to do. It is rather like another chance at life; like a new bag of coins at a table of luck after your fortune is gone.

Goldfish get big enough only for the bowl you put them in. Bonsai trees twist in miniature. I would have given anything to keep her little. They outgrow us so much faster than we outgrow them.

I guess you just have to trust your kids, trust that their innate interest in life will win out in the end, don’t you think?

There has always been a sliver of panic in him, deeply buried, when it comes to his daughter: a fear that he is no good as a father, that he is doing everything wrong. . . . There is pride, too, . . . that his daughter is so curious, so resilient. There is the humility of being a father to someone so powerful, as if he were only a narrow conduit for another, greater thing. That’s how it feels right now: . . . as though his love for his daughter will outstrip the limits of his body. The walls could fall away, even the whole city, and the brightness of that feeling would not wane.

Anthony Doerr, All the Light We Cannot See 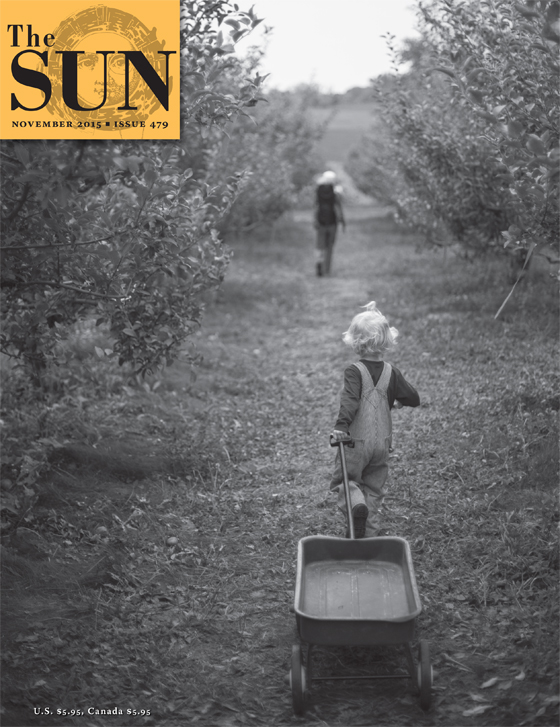 By Emma Duffy-Comparone
The Dog-Eared Page

excerpted from
The Little Virtues

And Another Generation Cometh