What do you see when you look at an animal? A kindred spirit, a creature much like you; but possibly, the very next moment, a beast, a stranger, just an animal. Animals are like those pictures that we see as one thing and then another; the duck that suddenly becomes a rabbit; the wineglass that’s also an old woman in profile. Now the pig is a fellow creature, like Wilbur in Charlotte’s Web. Now he’s pork.

Everything in this world eats something else to survive, and that something else, whether running on blood or chlorophyll, would always rather continue to live rather than become sustenance for another. No animal wants to be penned up and milked, or caged and harvested.

Terror acts in the same manner on [animals] as on us, causing the muscles to tremble, the heart to palpitate, the sphincters to be relaxed, and the hair to stand on end.

People must have renounced, it seems to me, all natural intelligence to dare to advance that animals are but animated machines. . . . [Such people] can never have observed with attention the character of animals, not to have distinguished among them the different voices of need, of suffering, of joy, of pain, of love, of anger, and of all their affections. It would be very strange that they should express so well what they could not feel.

Benjamin Hoff, The Tao of Pooh

Even as we try to think objectively about what animals are like, we are burdened with the need to justify our moral relations with them. We kill animals for food; we use them as experimental subjects in laboratories; we exploit them as sources of raw materials such as leather and wool; we keep them as work animals — the list goes on and on. These practices are to our advantage, and we intend to continue them. Thus, . . . we are motivated to conceive of [animals] in ways that are compatible with treating them in these ways. If animals are conceived as intelligent, sensitive beings, these ways of treating them might seem monstrous. So humans have reason to resist thinking of them as intelligent or sensitive.

I believe that animals have feelings and other states of consciousness, but neither I nor anyone else has been able to prove it. We can’t even prove that other people are conscious, much less other animals.

We’re animals. We’re born like every other mammal and we live our whole lives around disguised animal thoughts.

When I play with my cat, who knows if I am not a pastime to her more than she is to me?

If a group of beings from another planet were to land on Earth — beings who considered themselves as superior to you as you feel yourself to be to other animals — would you concede them the rights over you that you assume over other animals?

Dolphin-safe tuna — that’s great if you’re a dolphin. What if you’re a tuna? Somewhere there’s a tuna flopping around a ship going, “What about me? I’m not cute enough for you?”

Not to hurt our humble brethren [the animals] is our first duty to them, but to stop there is not enough. We have a higher mission — to be of service to them whenever they require it.

The universe is composed of subjects to be communed with, not objects to be exploited. Everything has its own voice. Thunder and lightning and stars and planets, flowers, birds, animals, trees — all these have voices, and they constitute a community of existence that is profoundly related.

If only I could so live and so serve the world that after me there should never again be birds in cages.

Isak Dinesen, “The Deluge at Norderney” 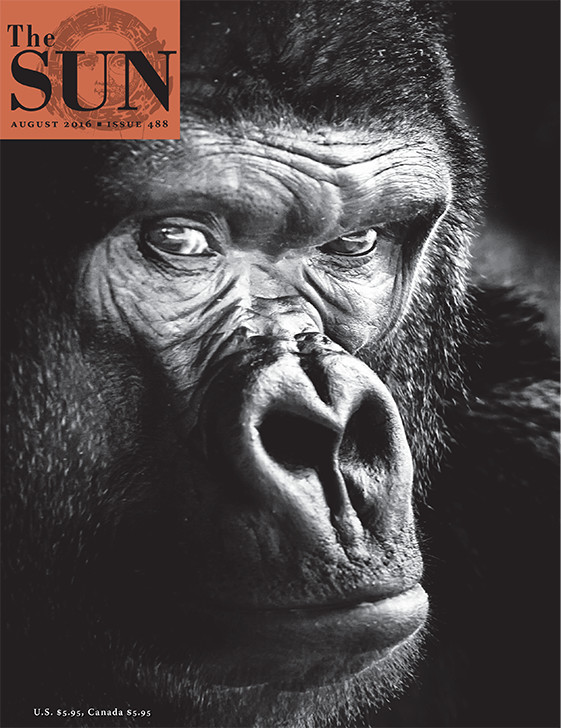 The Soul In A Body

There Is Someone In There