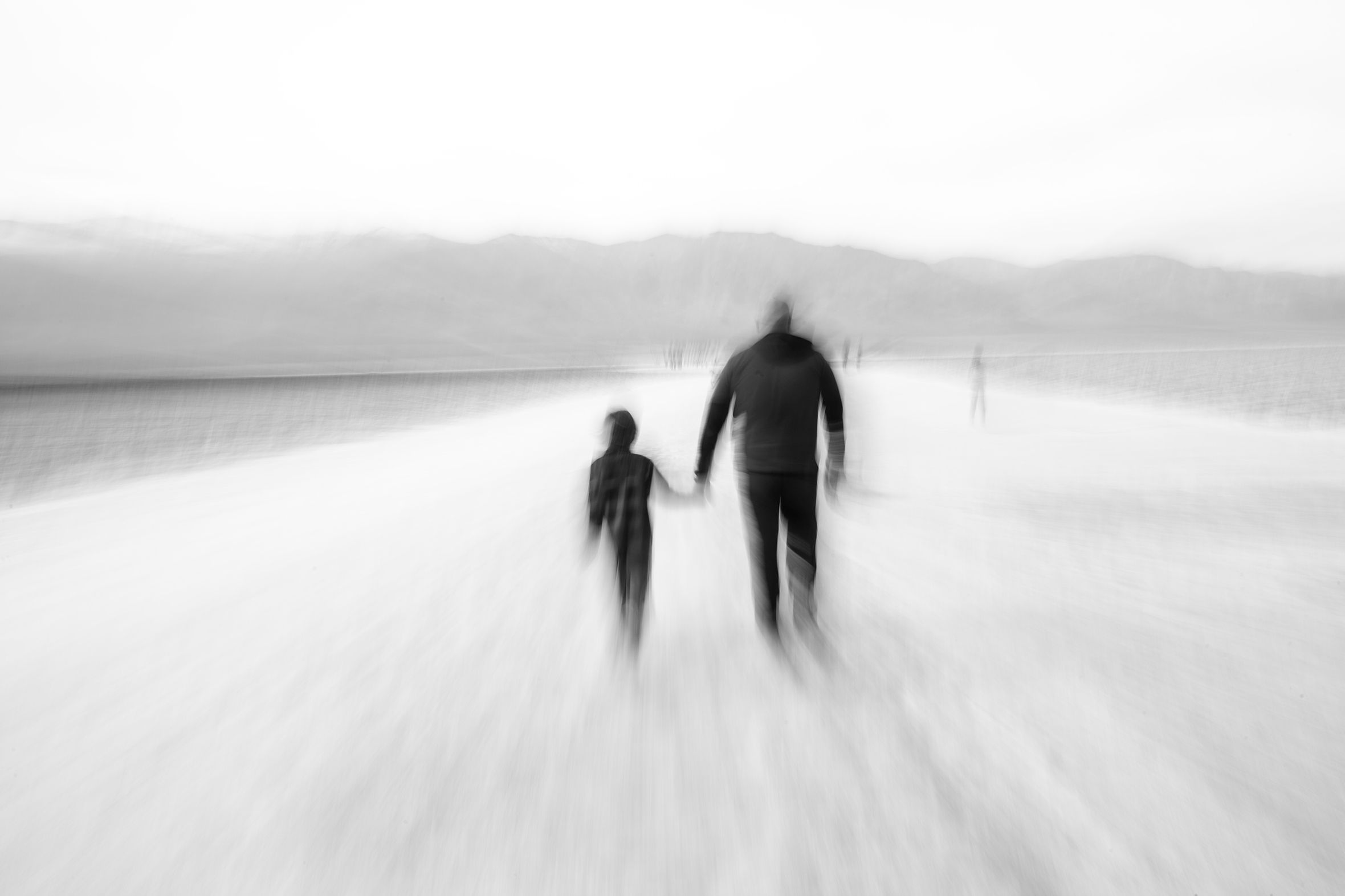 That year, all our fathers had died or were getting ready to, and they were not taking it well, that is for sure.

The ones who had died seemed, perhaps, a little pissed off. Juju’s dead pop, a former journalist, joined her for coffee every morning to complain about the newspaper: “They’ve cut delivery to three days a week? How does a daily go to three days? Is there any actual news in that thing?”

Ben’s dead dad, a retired PR guy, ranted about how he had no social-media access. How could he call attention to all this shit the Republicans were pulling if he couldn’t repost op-eds? And why can’t dead men use Instagram or Twitter? When Ben’s dad finally managed to hack into his old accounts, Ben refused to like his posts. He would not encourage that kind of behavior.

Anaiya’s father, gone six months, was only mildly angry. He wouldn’t come into her house, but he’d sit on an old wine barrel in the garden and flick Japanese beetles off the raspberry bush. His flicks were hard sometimes, and his finger made a loud pop when it connected with the beetle, but it was the best berry crop she’d had in years.

Cortez’s passed-away papa wasn’t angry; he was lonely. He wanted only to come to the kids’ soccer practice, but Cortez’s husband, Joey, was having none of it: “I’m not sharing our car with a dead man.” Then he relented, given that Papa just wanted to be near his family. “Tell him to meet us there,” Joey said. “We’ll bring him a camping chair. He can take pictures.”

Our fathers died from stage-IV lung cancer or falls from Parkinson’s on the concrete sidewalks in front of our houses. They had heart attacks and high blood pressure and strokes. They missed their physicals and missed the symptoms that led to colon cancer. They had trips to urgent care and calls to 911. They were in ICUs and had DNRs. Occasionally they expired in their sleep, and we’d take care of the surviving spouse, the sibling, the mother, the third wife, the late-in-life boyfriend. We’d organize the memorial brunch at the house, or the reception at Christ Episcopal, or the late-night gathering at Community Inn. We’d raise our glasses to Walter or Emir or Doug.

And then they were gone. Buried in family plots. Cremated and kept in a dented coffee can in the trunk of a daughter’s car. Scattered from a boat off the Oregon coast or zipped in a sandwich bag and toted into the Sawtooth Mountains. A stream, we said. We’d leave them by a stream.

Those fathers still alive often appeared a little stunned. In the hospital they’d complain about the food or being cold all the time. They’d don bathrobes and grippy socks and walk hopeful circuits with their IV poles around the nurses’ station, trying to glimpse the outside world. “Some trees! Why doesn’t anyone think about bringing trees in here?” At home they’d wake from naps and ask if we still remembered the road trip to the Grand Coulee Dam the summer we turned five. Breathless with nostalgia, they’d recall the time all the kids puked in the car on the way to school.

That year, we all had stories: The dads who waited to die until we left for London. The dads who offered to do magic tricks for the hospice staff. The dads who ran three miles every morning until the one day they didn’t. The dads who’d basically stopped eating (but not cracking jokes) and still couldn’t admit their time was almost up. The dads who yelled at the nurses. The dads who prefaced each request with a sweet Excuse me? The dads we hadn’t seen in years. The dads who teared up and grabbed our sweaty hands every time we visited. The dads who wanted to talk about the day they first saw us. Oh! That could get them going for hours.

Those silly men who once dropped ice cubes down the backs of our shirts; who agreed to be PTA presidents when no one else would; who yelled at us to keep our bedroom doors open; who chaperoned our dances and showed us how to change the oil, change the tire, and adjust the timing on the 1968 Volkswagen Bug that still had some good years left. The men who tore up our college-tuition checks when we broke our curfew. The men who sent silver charms as apologies for three months of not speaking to us. The men who handed the phones to our mothers when we told them no, we were not getting married; we were moving in with our girlfriends.

That year, all our fathers had died or were getting ready to. They wore comfortable shoes and white cotton undershirts. They lost so much weight that their pants sagged. They stayed in pajamas all day. They ran half-marathons. They played the trumpet. They cooked clam chowder. They hung out at the liquor store. Sometimes they shaved, and sometimes they didn’t. They stopped going on walks, stopped showering. They wrote letters to their grandchildren that began, “When we went to the NASCAR race last year,” even though it had been four years.

We moved them closer to us, or made arrangements for live-in care.

We stopped by the rehab center every morning to feed them breakfast.

We avoided stopping by.

We called every night.

We waited weeks to call.

We sat by their bedsides in the dark and played their favorite music: a mix CD we’d made for them years ago. We thought they’d be fine. We refused to imagine what came next.

By Cindy King
The Dog-Eared Page

By Our Readers
One Nation, Indivisible