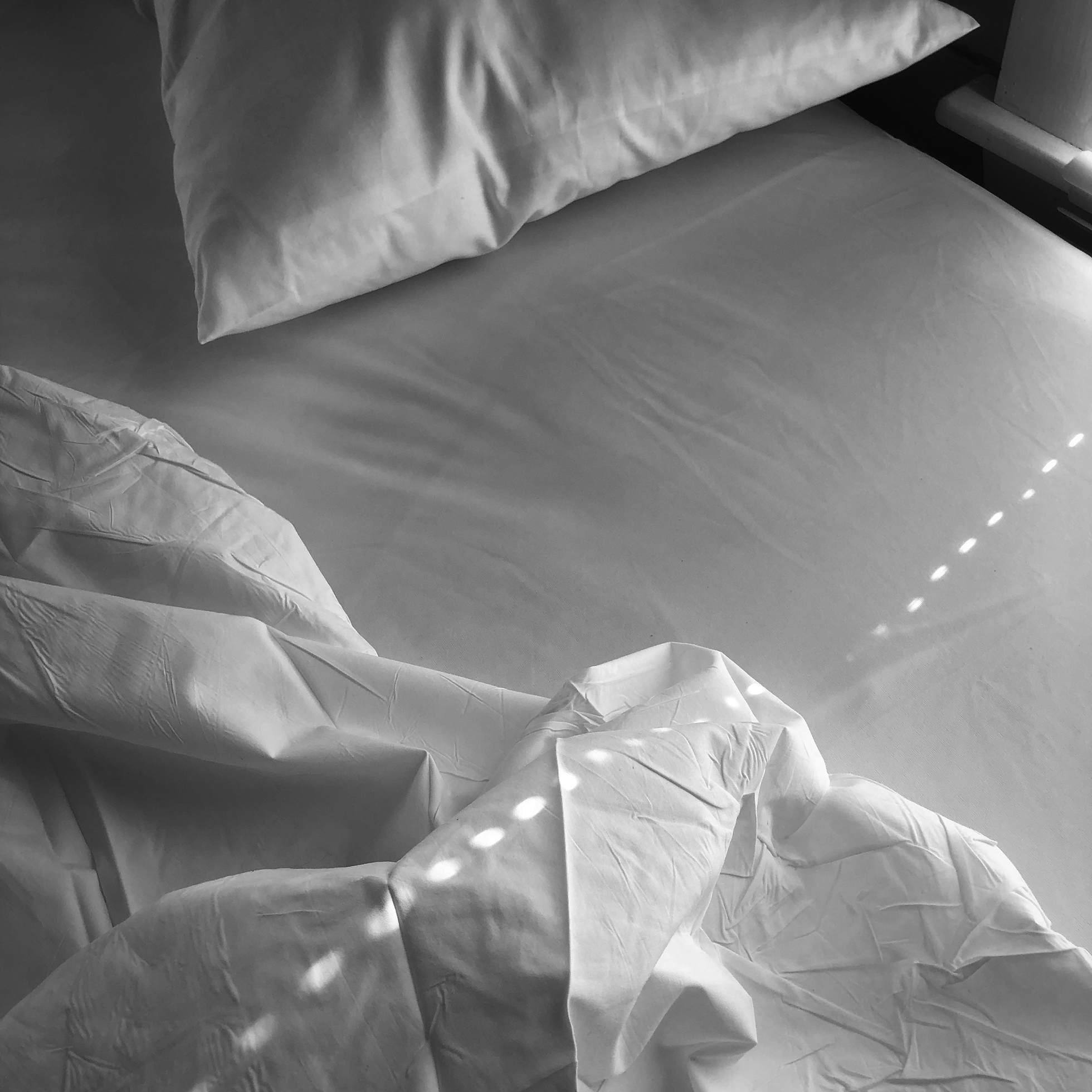 After my husband, Fernando, had been dead for about two years, I decided to fill out a profile on Match.com. Of course, on that particular evening, I’d drunk quite a bit of wine. You had to answer a bunch of questions. You had to upload a photo of yourself. You had to come up with a password. I took another sip of wine and typed, “Dumbass,” thinking I was creating a password. I didn’t realize this would be my screen name.

I’d been married for forty years, which meant I hadn’t dated since I was eighteen; so it was all a mystery to me. I had to tell the app who I was looking for, what I wanted, who I was.

I didn’t know. Dating hadn’t been so intentional when I was young.

I read the profiles of available men near my new home in Oregon, and I answered a few. One wanted to meet me at a dog park. I would have had to borrow a dog, so I declined. An archaeologist invited me on a date into the hills to look at petroglyphs. On the long drive to the site, he told me about his marijuana-dealing days in the late sixties. As we pulled over in a deserted parking lot, he asked, “Do you want to tell me about you?”

“No,” I said. “Not really.” A few times, as a teenager, I’d run heroin up from Mexico, and I didn’t want to be an overachiever in the small-talk department.

The petroglyphs were interesting — although, in my opinion, Arizona’s are far superior. By dusk I wanted to get back to town. The archaeologist tried to be attentive, but I could see his vision of our future included me cooking in his kitchen and warming his bed. I could also tell it didn’t have to be me; it could have been any woman. After our date I told him I didn’t think we should see each other again; it was clear he was looking for a partner, and I hadn’t turned that corner yet. He wrote back saying he understood. He found that women our age tended to be fulfilled by their families and weren’t as interested in sex as men were — although, since he was a gentleman, he put it more euphemistically than that.

If I was going to find someone, I thought, it would have to be in person, where I could hear his voice and be close enough to smell him. So I agreed to take a tango lesson with a friend. She assured me it would be fun. I showed up in linen cargo pants, a black T-shirt, and sandals to show off my toenails, painted bright orange, a color that felt daring and reminded me of summer. The other women, including my friend, wore dresses of the swirly or slinky sort. A few had special high heels that would not mar the wooden dance floor. I had to put on the athletic socks the teacher offered, which, I felt, marked me as a less desirable partner.

For the first lesson the women all danced with one another, sometimes being the “woman” and dancing backward and sometimes being the “man” and dancing forward, leading. As we circled the floor, the teacher told us about the sensuous and passionate history of the tango. “Tango is the spirit of Argentina!” she said. Much of her instruction was in Spanish, and she often had to demonstrate what she could not express in English. She would pull one of us to her, pressing the student’s body into her own, and say, “Like this! His leg against yours. Your body responds.”

I had loved dancing with Fernando to Mexican music at weddings back home in Arizona. Whenever one of my favorite songs came on, I would whisper in his ear, “This one!” Most often he would oblige, even though he called dancing with me “wrestling,” since I’d never learned to follow. He liked the slow songs best. We both loved “Volver Volver,” about a lover promising he will return. Ranchero music is like the polka, accordions and all, and the rhythm is predictable: oompah, oompah. When I danced with Fernando’s brother-in-law, who was ex-military, he would shout in my ear, “Left, right, left, right!” Only when I danced with my son, mostly to country and Tex-Mex, did I seem to get the hang of following. When my son and daughter were teenagers, we used to push the living-room furniture out of the way and dance wildly, twirling each other around. Occasionally we could get Fernando to join us. Often I worried that one of us would fling the other through the sliding glass door.

Finally the men showed up at the tango class. There weren’t many of them, maybe four. The music started, and the women sat on a couch or lined up, whispering to one another, waiting to be asked to dance. It reminded me of a junior-high mixer. The men were dressed all in black and had brought special tango shoes, with soft, ballerina-like soles. One of them, who was at least ten years older than I was and had long white hair drawn back into a ponytail, seemed to take it upon himself to be my teacher.

The tango, I learned, is serious business. Like tennis, you will not enjoy it until you reach a certain level of proficiency. The white-haired man kept stepping on my feet, and although he apologized, it was clear I was at fault. I was supposed to be totally in tune with his body.

And then we would start again, his torso pressed against me, his leg against mine. This is how the man leads in tango. My feet were supposed to slide back in anticipation of his. If you are a woman and dance the tango, you don’t move of your own volition at all. And so I retired to the kitchen and took off my dancing socks. My pedicure, only the third of my life, was ruined.

In the kitchen I tried to have a conversation in Spanish with a woman who came from Michoacán, the same part of Mexico where Fernando’s father had lived as a child before the family had lost their ranch there in the 1920s. The woman seemed sad. There had been a lot of violence committed by the cartels in Michoacán, I knew, but my Spanish was not good enough to understand everything she was saying. She said her family had lost their ranch, too, but whether this had been long ago, after the revolution, like had happened to Fernando’s family, or more recently, due to the cartels, I couldn’t be sure. Either way, she felt she couldn’t go back. She cleaned houses here in Oregon for a living. I gathered she felt the job was beneath her. She had no family here, no husband, no children, but also no reason to return to Mexico. We were both far from home. I poured us each a glass of wine, and we fell into silence, watching the dancers.

After that, I gave up on the idea of “finding someone.” In addition to working on two books, I had a new teaching job, and my daughter had given birth to twins, so I really didn’t have time for a relationship. In an odd way, the archaeologist had been right: holding my grandbabies and caring for them seemed to satisfy my need for physical intimacy. In fact, I felt young holding them — vital, necessary, loved — which is ironic, since I remember feeling weary and depleted when my own children were infants.

Opening the door for me, my nephew said, “Oh, I’ve been here before! On a Beers for Queers tour!”

For some reason this made me happy.

When Fernando first died, I would go to sleep hoping I would dream about him, about sex with him, but those dreams rapidly morphed into ones in which he would leave me on the edge of orgasm, telling me he was sick. Or was dying. Or was no longer attracted to me. Or was in love with someone else. Sometimes I would seduce him right up to the point where we were going to make love, and then he would change his mind. He abandoned me over and over.

Why hadn’t this occurred to me before? What I was missing wasn’t just the physical act of sex but also the imagination that went along with it. I suddenly remembered all the erotic thoughts I’d ever had, even as a child. I’d started having sex when I was fourteen, but in spite of starting so young, I’d had just four partners in my life. Only one was a disappointment. The other two were quite good, though one of them was a total jerk. Fernando, I’d always thought, was exceptional. But maybe it wasn’t him; maybe it was the two of us together. As in the tango, I never learned to follow. I had my own inclinations, and he loved wrestling with me.

I’ve also come to realize, sadly, that though orgasms are enjoyable, they aren’t enough. I used to wonder why women who can’t have orgasms even bother with sex, but now I know: we long to be held, to be touched, to be kissed. The whole body is a sensual organ, which is why holding my grandbabies was so healing for me. My grandchildren are now three, but they still like to cuddle, and I get to kiss their fat cheeks. I was a physically affectionate parent, unlike my own mother. Even when my children were teenagers, I cuddled with them, rubbed their backs, touched their hair — when they would let me.

I crave touch. I just can’t imagine being naked with another person. And I can’t imagine anyone else’s face above me. Or beside me.

My sister tells me that beauty is but a light switch away.

But what about the sound of his voice? The smell of his skin?

Digging Up The Roots

By Jane Goodall
The Sun Interview

Not So Different After All