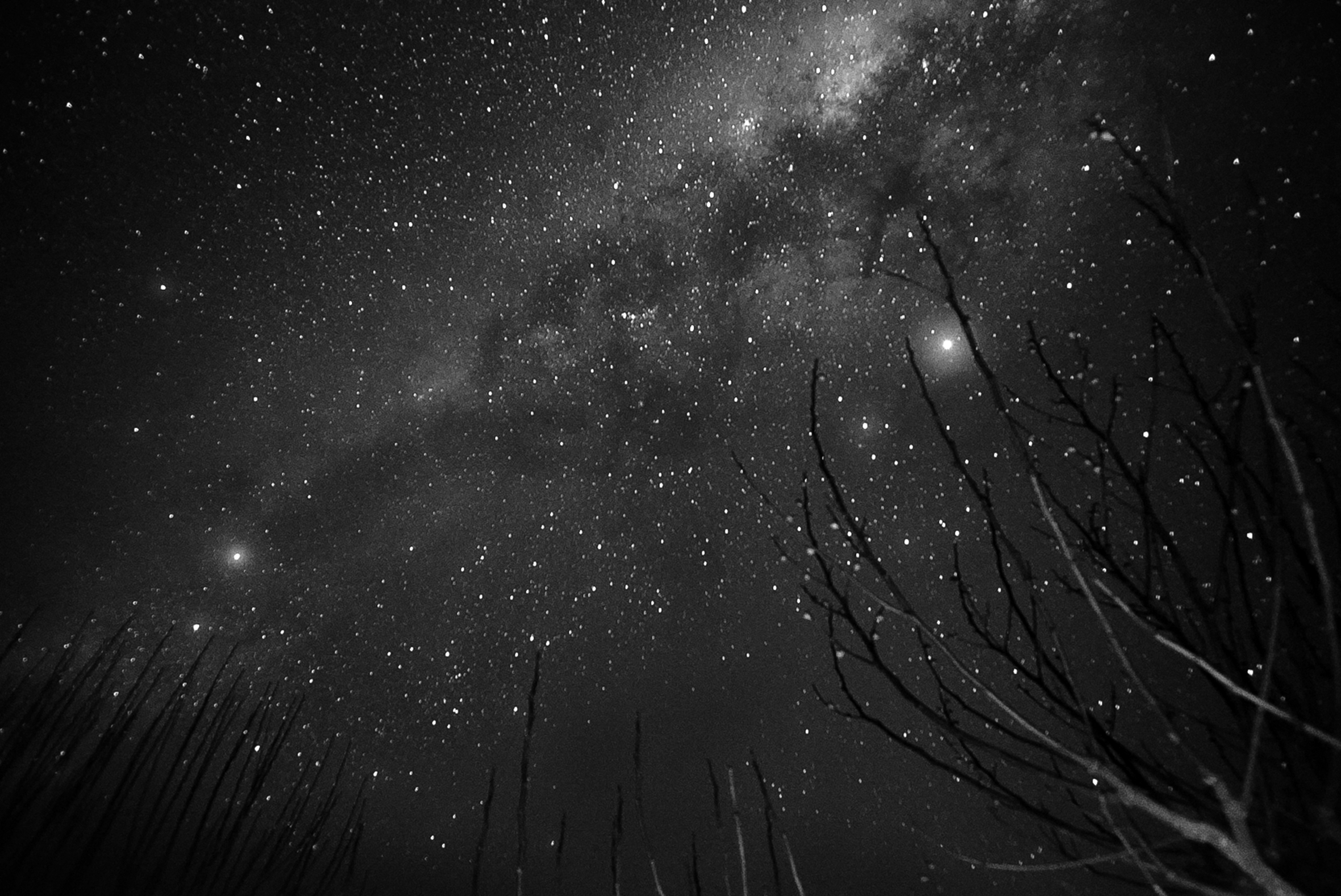 What has been an ancient spiritual truth is now increasingly verified by science: We are all indivisibly part of one another. We share a common ancestry with everyone and everything alive on earth. The air we breathe contains atoms that have passed through the lungs of ancestors long dead. Our bodies are composed of the same elements created deep inside the furnaces of long-dead stars. We can look upon the face of anyone or anything around us and say — as a moral declaration and a spiritual, cosmological, and biological fact: You are a part of me I do not yet know.

Watching the moon / at dawn, / solitary, mid-sky, / I knew myself completely, / no part left out.

Survival is the second law of life. The first is that we are all one.

The universe is a vast system of exchange. Every artery of it is in motion, throbbing with reciprocity, from the planet to the rotting leaf. The vapor climbs the sunbeam, and comes back in blessings upon the exhausted herb. The exhalation of the plant is wafted to the ocean. And so goes on the beautiful commerce of nature. And all because of dissimilarity — because no one thing is sufficient in itself, but calls for the assistance of something else, and repays by a contribution in turn.

You felt that your life was not an isolated thing, but existed in all other lives, as all other lives existed within yours. There wasn’t anything anywhere to which you could say, “We don’t need each other.”

When you feel connected to everything, you also feel responsible for everything. You cannot turn away. Your destiny is bound to the destinies of others. You must either learn to carry the universe or be crushed by it. You must grow strong enough to love the world, yet empty enough to sit down at the same table with its worst horrors.

Tune your television to any channel it doesn’t receive and about 1 percent of the dancing static you see is accounted for by [an] ancient remnant of the Big Bang. The next time you complain that there is nothing on, remember that you can always watch the birth of the universe.

All you really need to know for the moment is that the universe is a lot more complicated than you might think, even if you start from a position of thinking it’s pretty damn complicated in the first place.

We are of the earth, made of the same stuff; there is no other, no division between us and “lower” or “higher” forms of being.

Both of them remained floating in an empty universe where the only everyday and eternal reality was love.

I believe that the universe is one being, all its parts are different expressions of the same energy, and they are all in communication with each other, influencing each other, therefore parts of one organic whole. . . . The parts change and pass, or die, people and races and rocks and stars; none of them seems to me important in itself, but only the whole. This whole is in all its parts so beautiful, and is felt by me to be so intensely in earnest, that I am compelled to love it, and to think of it as divine. It seems to me that this whole alone is worthy of the deeper sort of love; and that here is peace, freedom, I might say a kind of salvation, in turning one’s affection outward toward this one God, rather than inward on one’s self, or on humanity, or on human imagination and abstractions.

Spam From The Dead

By James Davis May
Poetry

By Rachael Petersen
The Dog-Eared Page

On Nature And The Environment