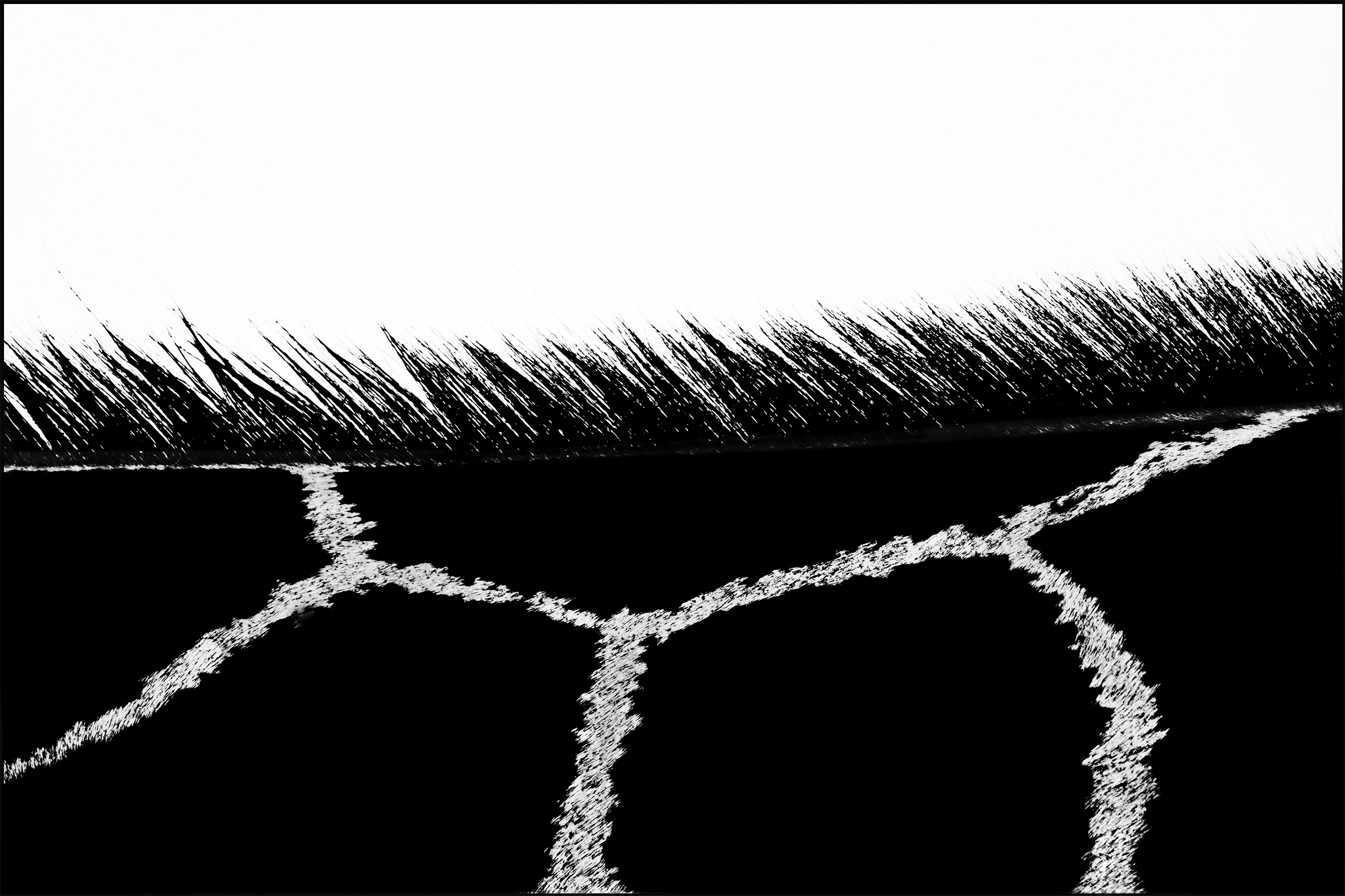 1.
I live in
the town of Phoenicia, in the Catskill Mountains of New York. From my living room I can see the Esopus Creek, which is about a hundred feet wide. It is named for the Esopus tribe of Native Americans, whose descendants live on reservations in Wisconsin and Ontario.

Sometimes I stand on the shores of the Esopus in the morning and gaze at the water. Watching a creek is like watching time. The longer you watch, the more water you see. Time is definitely fluid, not solid. You can’t cut off a piece of time and haul it around in your truck.

2.
My computer died today. As a result, I have more time.

Computers suck up time the way trees suck up rain-water. You sit down at your screen for a moment, and a hole opens up that eats twenty-two minutes of your life, giving you nothing in return — except maybe a little more knowledge of baby giraffes.

But you didn’t really want to know about baby giraffes.

Some part of our unconscious desperately needs to waste time. Sigmund Freud never discovered this compulsion, because it barely existed in 1906. The computer triggers this time-destroying impulse.

3.
In fact, nearly
everything we do voluntarily is an attempt to destroy time. Two friends don’t just sit and watch the minute hand of a clock. They converse, or play Parcheesi, or get drunk — or do all three. Doing three things at once eats time almost as effectively as a computer.

4.
Time is silent. No one has ever heard time say a word.

5.
If time didn’t exist, people would meet only by happenstance. You couldn’t say, “Come to my office today at 3:45 PM.” There would be no plans. We’d all live like two-year-olds.

6.
Contemplating time leads inevitably to the subject of death. Throughout most of history, you did not exist. Throughout the entire future (except for the next thirty-two years or so) you will also be nonexistent. Time is a story that mostly does not include you.

So is space. In this way time and space are similar. Both are roughly infinite, while you occupy a single room in a single building.

8.
One way to conquer time is by daydreaming. Lying on your back and playing with your thoughts makes time momentarily dissolve. In fact, that’s how I’m writing this essay.

9.
“You have a very unrealistic sense of time,” my wife told me yesterday. She means that I assume it will take three minutes to sweep the kitchen floor, when it always takes twelve. I assume that I can make a sandwich in two minutes. It actually takes seven.

Once in a while, though, I am right. A divine energy pours into me, and I can accomplish everything with superior swiftness. This only reinforces my irrational perception of time.

10.
I had a formative experience in 1970: My friend Sampson Rosenwater and I were walking through Central Park when we saw a free rock concert at the band shell. There were five or six guys in the band. They apparently were from out west, because a couple of them wore cowboy hats. Sampson and I watched for a while. The musicians chatted with each other, but mostly they seemed to be waiting, the way a fisherman waits for a trout. We never saw them play a song. Sampson grew restless. Nearby was the Bethesda Fountain, where pretty hippie girls were hanging around looking for marijuana. Sampson and I left. The next day we learned that the band we’d seen was the Grateful Dead.

The Dead had achieved an understanding of time I’d never seen in American culture. For the rest of my life I have been seeking the timelessness they inhabited.

11.
Is time an objective truth or simply a phenomenon created by our minds? It must be objective, because animals also believe in it. Birds, for example, migrate by the calendar. And whatever animals believe is true.

12.
Time frightens me, if only because I’m sixty-six, the age at which someone can die. A friend who was almost exactly my age died just the other day. I want to dedicate this essay to him. Jonathan Oppenheim was his name. Jonathan was famous as a film editor, but to me he was a friend, and I loved him. He had the shy, sunny smile of a six-year-old his whole life.

13.
My clothes are aging at the same rate I am.

14.
I am visiting my friends Steve and Ivonne in Florida. For the last three days I have slept in a room without a clock. I awake from my dreams into No Time. Like a fourteenth-century English peasant, I must estimate the hour from the angle of the sun, which is often complicated by the presence of cloud cover. Until I walk into the kitchen, time has no number.

15.
When I was a child, before the existence of digital clocks, time was circular. The hands of a clock spun in circles. In movies the hands sometimes sped up to indicate the passage of time. One unconsciously felt time as a rhythmic repetition. Now time is almost universally a number. At the moment, I’m looking at the time in the corner of my computer screen: 9:19 AM. Time as a number has no circular rhythm. It looks rather like a price: “I’ll sell you this dress for $9.19.”

17.
When I was ten, my parents bought me a watch with a second hand. Suddenly I could tell exactly how long everything took. I remember timing the intervals between subway stops on the 1 train in New York City. It was only around one and a half minutes between stops, though it felt like three or four. I never forgot this surprising discovery.

18.
My grandfather, who was from Belarus, visited me in Manhattan when I was a child. He and I would always take the same walk in the park across the street. One time my grandpa pointed to a large rock and asked, “Is that rock bigger than last time?”

“Because we have a Russian proverb,” he said: “ ‘Given enough time, even a rock will grow.’ ”

19.
Time eats itself. Today devours yesterday. In fact, today devours all the time that has ever existed.

20.
A book is a boat that travels through time. You start reading Milton in summer, and when you look up, it’s autumn.

21.
Procrastination is wrongly considered a vice. I’m a big believer in putting off important decisions. The longer you wait, the clearer your path becomes.

23.
A clock ticks like a bomb, and for the same reason: eventually the clock will “explode” and kill you.

24.
If I don’t restart my laptop every day or two, it gets slower and slower until it takes two seconds for a file to open, or for a Google search. Those two seconds can be immensely frustrating.

This frustration didn’t exist in 1974.

25.
Last night I dreamed I was walking through a dilapidated park in New York City. I reached a crumbling stone staircase and began to descend. At the bottom I came to a majestic view of the sea, then decided to climb back up. But when I turned around, the stairs grew suddenly steep. I could hoist myself up a few feet by clinging to a wobbly handrail. Then the handrail ended. It was impossible to reascend the stairs. Terrified, I awoke.

Maybe the stairway was time. You can only travel in one direction — down. And where does that stairway lead? To the infinite sea.

26.
A traffic jam changes the nature of time. You’re driving along, making progress, and suddenly you find hundreds of cars in front of you. You slow to a crawl. Time dilates. You become aware of the heavy weight of each minute. Then the jam breaks, and you’re driving quickly again. Time vanishes.

27.
Most popular sports — football, basketball, soccer — are limited to a certain period of time. But baseball can be eternal. If the score is tied, the game continues until one team wins or the universe ends.

28.
All our attempts to slow time actually speed it up. If you smoke a joint, life becomes delightfully, inestimably slow. Then the marijuana wears off, and you realize you’ve just lost three hours.

29.
Dividing the year into months is the same as dividing the sun by the moon.

30.
Our friend Anique gave my wife, Violet, and me some chestnuts from a tree in her yard. Violet “scored” the nuts — made little Xs in them with a knife — and we looked up on the Internet how to roast them. We set the oven to 425 degrees and the timer for fifteen minutes, but when we pulled out the chestnuts, they still tasted hard and chalky. So I gave them another twelve minutes in the oven. After that, they tasted like chestnuts. If you roast them too long, though, they turn to charcoal. Chestnuts taste like the time you put into them.

31.
There are certain people you hope will never die. You want them to remain in the world with you, as guides. Three I can think of are Bob Dylan (who is eighty), my father (102), and Yoko Ono (eighty-eight). I don’t want them ever to disappear, the same way I don’t want the Big Dipper to vanish from the sky.

32.
Time is distorted by rural life. August goes by like a sweeping thunderstorm. You grow three zucchinis, go swimming twice, and suddenly the month has passed. But February, the shortest month, remains like a stain on the wall for an agonizing eternity.

33.
Socialists dream of a more just and equitable future. Conservatives long for the traditional past. There is no political movement that endorses the present.

34.
In India the day is divided into eight prahars, each three hours long. The first begins at sunrise. Indian ragas are connected to those times of day. Each prahar requires a distinct musical mood. Recently I saw Steve Gorn perform an evening raga on flute. I could feel the twilight in the music.

35.
The adjective temporary is often applied to a job or an address, but in fact no house is permanent. Everything is temporary because everything is subject to the rule of time. One should always speak of a “temporary home” or a “temporary husband.”

36.
When I was twenty-four years old, I moved back to New York City from Gainesville, Florida, where I had been a slow-moving hippie. I had just graduated from community college and was starting at a four-year university. I would meet friends of mine who were in law school, and I’d think, My God, I just lost four years of my life! I’m way behind!

In Sparrow’s thought-provoking essay “On Time,” he writes, “When I was a child, before the existence of digital clocks, time was circular. The hands of a clock spun in circles. . . . Now time is almost universally a number.”

Rarely do I read a sentence so profound that I know I’ll always remember it, but in “On Time” [November 2021] Sparrow writes such a sentence: “Music is simply decorated time.”

As a music lover who listens for many hours a day, I found this both insightful and true.

Harvey Leviton Minneapolis, Minnesota
More Letters
Thank You Your donations helped to keep our ad-free, nonprofit magazine in circulation last year, funding everything from production to distribution. Learn how you made a difference last year. Learn More

Paul K. Chappell On The Urgent Need For Peace Literacy

By Michele Herman
The Dog-Eared Page