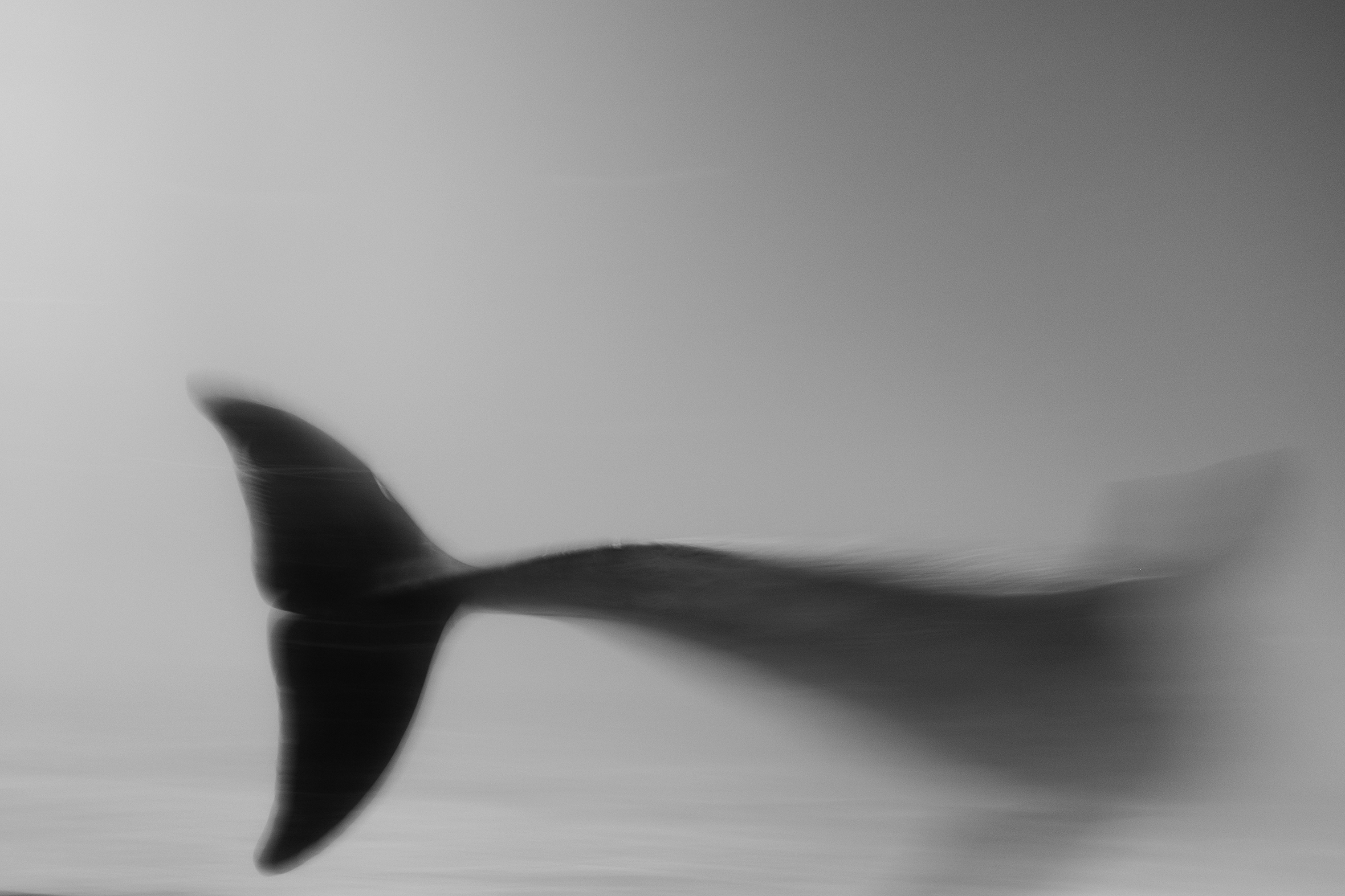 Brek liked attics, especially ones with dust motes raised by every motion, the air-whisper of particulate matter wafting like the shadows we no longer had.

Cornelia preferred a graveyard. Traditional, she was. A homemaker tending to her plot. She circled the rosebush planted by her husband as it grew thorn-studded, blossom-beautified, maturing into sawtooth-tangles that consumed her entire headstone.

Lamb lurked side-stage at the opera house: a ripple in velvet curtains, a glimmer under low lights. He got high on the sopranos’ shrieks, vibrations quivering his ectoplasmic bonds.

It’s not good for you, we said, as if anything could hurt us now. Lamb, we knew, liked that people came to see him as much as Don Giovanni.

We lapped up our own legends. A soup of stories: the makings of our deaths. How delicious it was to be remembered — or to receive, at least, a lick of acknowledgment.

Prinne hovered in the supply closet of a candy factory, where workers spoke of a former night-shifter, unlucky, who had slipped into a caramel vat and drowned a week before retiring. Workers warned one another of an angry apparition — sugar-blistered, vindictive.

Prinne had never worked at the candy factory, but was plenty angry. Most murder victims are.

Others of us floated like dandelion seeds on a breeze, blowing across the continent, over cornfields, subdivisions, byways and beaches, out to the Pacific. There we were buffeted by gales, our translucent bodies cyclone-spun, our ghost-howls swallowed by storm winds until we were tossed to remote ocean corners. We moved slow once the weather died — we pondered our own ends — but we had all the time in the world to get where we were going.

The world, though, was on limited time. Even we could see that.

This cheered some among us.

Ellie was a bedroom ghost: a dream-visitant, a gentle levitator, a classic cold-sweat presence-in-the-corner, but she felt under-sung. It’s not like the old days, she told us. They attribute everything I do to Ambien—

Eldorado was a bedroom ghost, too, but a different kind.

No complaints here, he said.

I liked mirrors most. In one, my phantom-face hovered over a viewer’s shoulder — as if we inhabited the same plane, as if I wouldn’t vaporize when the viewer spun around.

Call me a hide-and-seek spook. A tease. Really, it was a show of shyness, even after all these years.

Such reticence was unwarranted. The living wrote off our hauntings with escalating frequency. They explained us as air-pressure changes, as electrical short-circuiting, as geothermal discrepancies, as sunspots, as rats in the attic, as raccoons in the basement, as drafts, as bad dreams, as bad drugs, as signs of Alzheimer’s, as carbon-monoxide poisoning, as the Caputo effect, as tired tales of superstition.

Imagine being believed in, we moaned. The way we once were. Respected.

Admittedly, we tended to take a gloomy outlook.

But, we told ourselves, told each other: little mattered in the end. And the end was surely nigh. We watched humanity’s Doomsday Clock tick closer to midnight, bringing with it all the unknowable repercussions of an undone Cinderella spell.

(MISS ME? I scrawled into mirror condensation when my unseen-ness became unbearable. The ephemeral tablet was conjured by shower steam, my wraith-writing spelled out in the Modern English I’d struggled so long to learn.

It was Za — haint of swamp-cabins, rot-ravaged and creaking — who said he saw the ghost flock first. Pigeons, he told us, fluttering and coasting on winds that weren’t there. Elegant birds, odd birds. He followed the great mass of them for miles. They flew unexhausted through rainstorms; their feathers shimmered in and out of lightning strikes.

We were curious, yes, but we had other issues on our minds: namely our own obscurity. Some of us coped by dozing for decades; others slept through whole centuries. Most of us wandered, waited. We hoped for a paranormal renaissance: a renewed reverence for our presences, an investment in our fates. In the meantime we avoided bright lights, the scent of burning sage, salt flats. We watched our former cities razed, or raised; the planet’s minerals plundered; land tilled, teased into crops; every square inch strip-searched. Squandered. The living were ever industrious, increasingly frantic. On the move. So we moved with them. We hid in the exhaust ports of combustion engines, tagged onto airplane wings, whooshed along high-speed rail lines. We let Wi-Fi signals prickle the places where our spines once were. We felt the stab-stare of satellites, sonars pulsing through us. We even roved the Internet, striking poses in Google Street View, still hoping to be noticed. But digital imagery didn’t carry the same drama as the daguerreotypes of yesteryear.

When the newly dead joined our numbers, we shared with them our doomed outlook: a dull eternity.

That is, until more among us noticed the ghost flock flying overhead — pigeons traveling in a shimmering cloud, shadowless and vast.

See, said Za, who’d left the swamp by then, his former haunting grounds swallowed by rising seas. I told y’all.

What makes a ghost a ghost? Not every soul leaves a paranormal footprint. Some simply disappear. Bodies compost. Worms revel and writhe. Earth eats flesh whole while the spirit splits for elsewhere, uncaught between realities the way we were, in the thin veil between this and that, here and there, as sticky to us as a spiderweb.

We cannot tell you if there is an afterlife; we’ve never been.

What we can say: we’ve stayed behind because something has held us. Unfinished, we are. Undercooked. Unsatisfied. A mortal coil unshuffled: a love we couldn’t leave, an injustice we couldn’t let go, a location we didn’t dare depart.

We’d assumed this situation was anthropomorphic, only.

More ghost creatures turned up. Trig reported a ghost toad that hopped across the basement of a McMansion she haunted in the suburbs. Scowled at her with red demon-eyes, the toad did, before disappearing into a drainpipe.

Icarus spotted a ghost moose. It stepped across a ten-lane freeway as traffic blasted through its body.

We were perplexed. True, we’d seen ghost horses before — their gallops swift and silent beneath bloated moons, their riders often headless. Canine spirits, too, had nosed the grounds of abandoned churches while their owners flitted in the buildings’ belfries. But we’d understood these animal phantoms as extensions of ourselves — as props, really, not unlike the top hats we sometimes wore, or the canes we carried, or the axes held with blades eternally blood-dripped.

These new paranormal animals were different.

Weird, we all said, even the witches among us. Those are no ghost familiars.

A bobcat, wildfire-singed, bawling, crossed death’s door only to spring up, tail twitching, and stalk around an electrical grid in its new phantom form.

We looked on in awe and wondered if the living perceived what we did.

But a few, at least, watched wide-eyed as a herd of ghost bison burst split-screen through a supermarket wall, their steps silver-swift, a pack of ghost wolves at their heels — howls eerie, echoing, making the fluorescent lights flicker. The patrons clutched their shopping carts, unable to blame earthquakes or rolling blackouts for what they all had seen.

Soon after that, a pair of ghost sharks raised their fins in soup bowls. A revenant: making eaters faint.

Ghost mosquitoes, recently pesticide-poisoned, buzzed in the skulls of their killers. Brain-swarmers, unswattable and relentless. They made their victims go mad. They made us a touch concerned.

Look, we said to the ghost mosquitoes. Go easy. We have unwritten rules.

The ghosts of elms, redwoods, Joshua trees grew from the lobby floors of office buildings — their branches swaying and phosphorescent, trunks stabbing like spears through the metal hearts of skyscrapers.

On door handles and inside keyholes, ghost oysters clustered alongside coral formations: the ghost shoals marked by sea anemones — already wraithy — that wafted their tentacles to tingle passersby.

More of the living took note. They felt these presences — our presences, as we came to think of all the ghostly organisms — and hid their eyes in terror. They covered their mouths. They trembled. They told their friends, then fled to places that seemed safer.

We were touched, but even we could see where things were heading. We’d seen this direction for a while.

In our paranormal realm, we welcomed the chilling creep of ghost glaciers, along with the shudder-touch of ghost snowflakes dusting the corridors of air-conditioned malls.

We welcomed a ghost Gulf Stream — that oceanic ligament flexing in the byway between life and afterlife. A swathe of ghost wetlands spread across parking lots, cattails swaying. Ghost aquifers fed a ghost swimming hole, newly opened on statehouse steps, ghost water lapping at the feet of elected officials.

The living became desperate. They lay awake at night, sweating — their bodies so fleshy and physical, tender — as they read articles about us, exhuming the circumstances surrounding our deaths. They rushed to make amends. They offered sacrifices, pledged money, wrote letters, recycled bottles, planted trees, as if new life could exorcise what has already been lost.

We should have been pleased. We should be pleased: Wasn’t recognition what we’d always wanted? A reckoning that might release our trapped souls — the ballast between this life and the next?

Some of us do wonder what will happen after the end — the last catastrophe — be it brought on by bomb or sickness or famine. But mostly we’ve decided that such specifics no longer matter. Because while we cannot know what will happen to us after the last of the living lies down and dies, for now we do know this: In our paranormal realm, in this in-between place, we are no longer unnoticed. We are no longer lonely. We are vine-tangled, creature-shrieked — vibrantly alive.

An Aspect Of Freedom