Immediately my ass was pulled from my britches and 500 ccs. of thorazine were poured into my body to replace my soul, dignity, and mind.

As I ran around like a wild yahoo my entire span of life shot past. I slid into second, stole third, and died psychologically as I touched home with a new identity. The new identity was solid gold, like a piece of warm dung.

After dreaming of darkness and silence for some decimal of infinity I was shocked to reality by the needs of the other animals in this brick zoo.

Most of the others were black, senile, or as totally ambivalent as I. Through sheer love I was able to guide myself out of the “lockup ward” to the cafeteria or canteen. The privilege of eating in the cafeteria was cherished, as I was allowed to see others and indulge in conversation. The canteen privilege was extra important because then I could bring the precious “cig weeds” back to the people whose existence was a smoke to be belched from within.

Today I went to a hearing in Hillsborough. The court procedures are of no importance so I’m free and still have my love.

In art one must be guided by feeling alone, listening to the advice of others, but following only what one understands and can unite in feeling. An artist must follow his own convictions. If he follows another, he is always behind.

In my own paintings I inspire, I do not define. They place us, as does music, in the ambiguous realm of the undetermined. They are a kind of metaphor of the intuitive understanding of feeling; the visible at the service of the invisible.

Everyone wants to understand art. Why not try to understand the song of a bird? Why does one love the night, flowers, everything around one, without trying to understand them? But in the case of a painting people have to understand. If only they would realize above all that an artist works of necessity, that he is only a trifling bit of the world, and that no more importance should be attached to him than to plenty of the things which please us in the world, though we can’t explain them. People who try to explain pictures are usually barking up the wrong tree.

The process begins and ends in Chapel Hill.

Digesting the thoughts: philosophers’, psychologists’, raw thought peddlers’. And absorbing them into the nether world that is a file. After twenty years, so full that (involuntarily) disengorgement becomes the process, more ingest. Finding discipline, ask the raw thought peddlers, for the cathartic’s will.

The realization that no desire to discipline is here (this pablum, never digested), and again the free flow of the nutrient become poison — out. Flowing freely, and (very slowly) vision clearing as the pouring forth keeps pace with the loathed gluttony, gluttony dimming the other appetites.

Now, finally, it has come to fulfillment, a desire to feed of the effluent. To — if the flow cannot be ended, both in and out — eat. Yes feed on the fruit of vice. Walt Disney, an empire from a habit, but no “ —world” or “ —land” is required, only food. Food for the body and the habit.

The problem is discipline . . .

The spirit that is within manifests in many forms, in many ways. To an onlooker these facets seem different, polar, and even contradictory. To the seeker after the center of it all there is the All manifest in its myriad forms.

In our “achieving” culture what needs doing most urgently is the creation of spaces of silence, spaces emptied of thought and plans. In a mind filled with dreams of a utopia not yet provided there is need for calm empty mind. There is need for a mind residing free from the machinations of the internal noise that passes for information gathering, data processing, rehearsing, reviewing, defining and categorizing.

Such a mind, an empty mind, comes from the deliberate act of sitting alone and/or with friends — the more the better to instill the compassionate understanding or our common plight. Through the empty mind flows The Love. Through the mind emptied of preconceptions there is seen World-as-is. When World-as-is is all that is seen we too are both a separate manifestation or World-as-is and in essence the “is.” 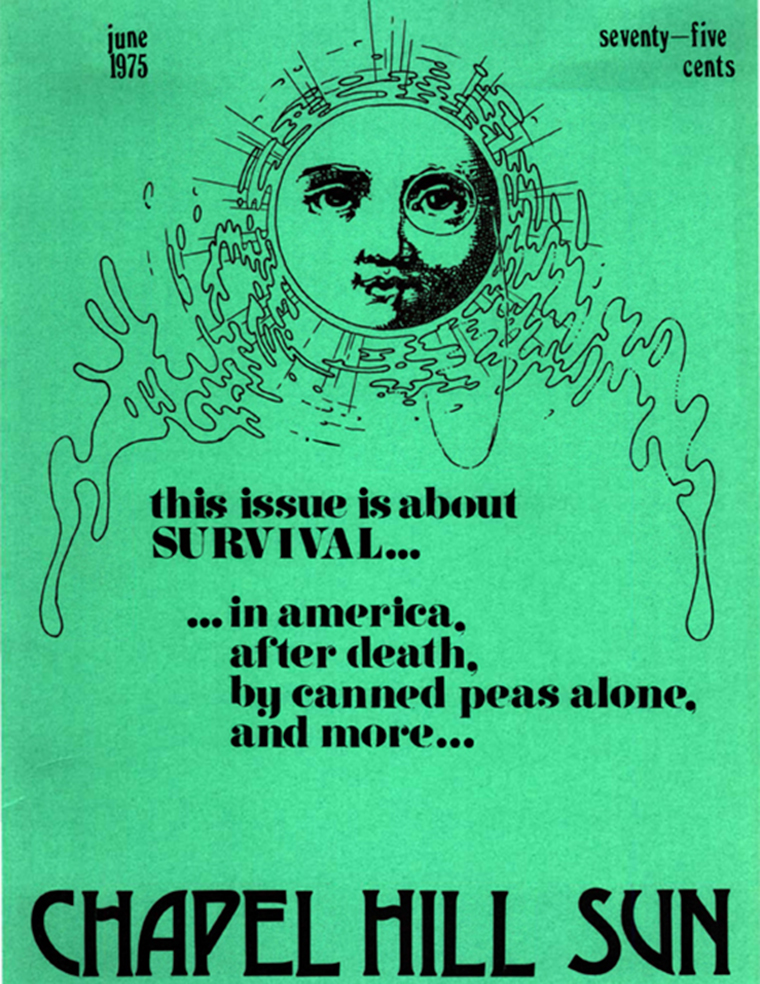 a look at survival research

A Poem For My Friend, Star